Johannesburg - EFF pioneer Julius Malema attacked President Cyril Ramaphosa and the DA during his last stop in the mission in the Western Cape, saying they were constrained by a rich family. 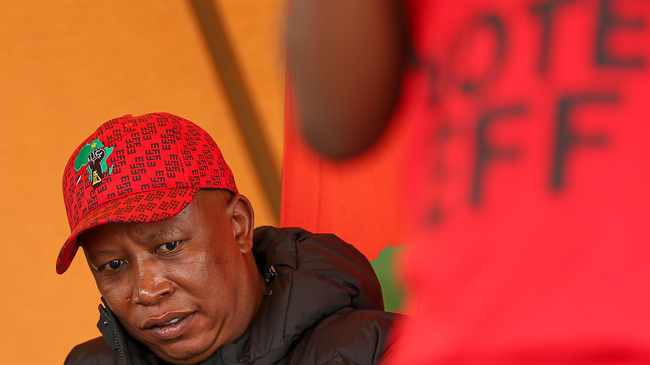 During a commitment with the Kraaifontein people group, Malema advised them to have an independent perspective.

Malema took a poke at the DA for additionally supposedly being in Oppenheimer's control. He additionally said the white advantage was alive and should have been managed.

WATCH: Julius Malema says those without essential administrations are treated as creatures

"Dark kid, you'll never break since you are solid. Try not to permit them to talk down on you or annihilate you," Malema said.

He said he had visited Kraaifontein, not to advise the general population to decide in favor of the EFF, yet to free the local area intellectually, he said.

Individuals should have been helped to remember what their identity is and not accept they are not exactly, Malema accentuated.

Malema started his mission on Thursday and visited various pieces of the territory before the last week in front of the races.