By MissyBlack (self media writer) | 2 months ago

The news of the former president Jacob Zuma's hospitalisation left his supporters with sour hearts especially after it was revealed in a medical report that he needs emergency treatment to save his life after he suffered a huge injury last year.

Zuma's failure to appear at the Pietermaritzburg High Court this week was as a result of his ailing health.

His supporters are now making their way to his Nkandla homestead where they will be hosting a prayer for the former president Jacob Zuma to get well soon.

Supporters started arriving early hours of the morning some clad in ANC regalia ahead of the prayer for the former president. 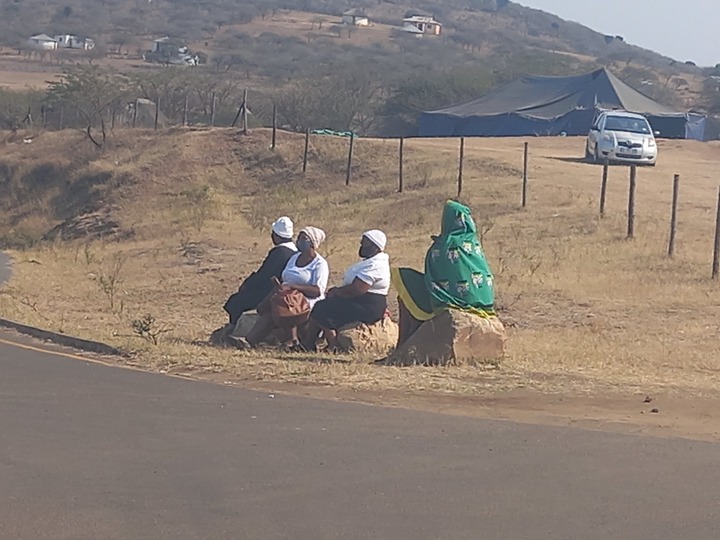 The supporters are hosting a prayer service for Zuma to also be freed from prison where he is serving a 15 months sentence for contempt of court.

The son of former president Jacob Zuma, Edward Zuma was also seen driving into his father's homestead in his white car while SAPS officers pass by, monitoring the situation as supporters gather for the prayer.

The MKMVA have been very consistent in their unwavering support to the former head of state regardless that they have been disbanded as an ANC structure.

Carl Niehaus the spokesperson of the disbanded Umkhonto Wesizwe Military Veterans Association had earlier made it clear that they are not going to disband and that they will continue to support Jacob Zuma till the end. 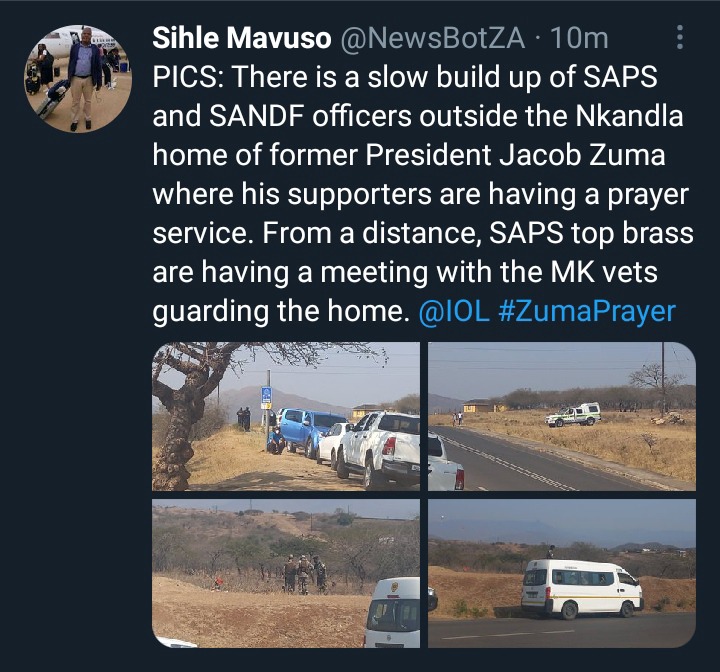 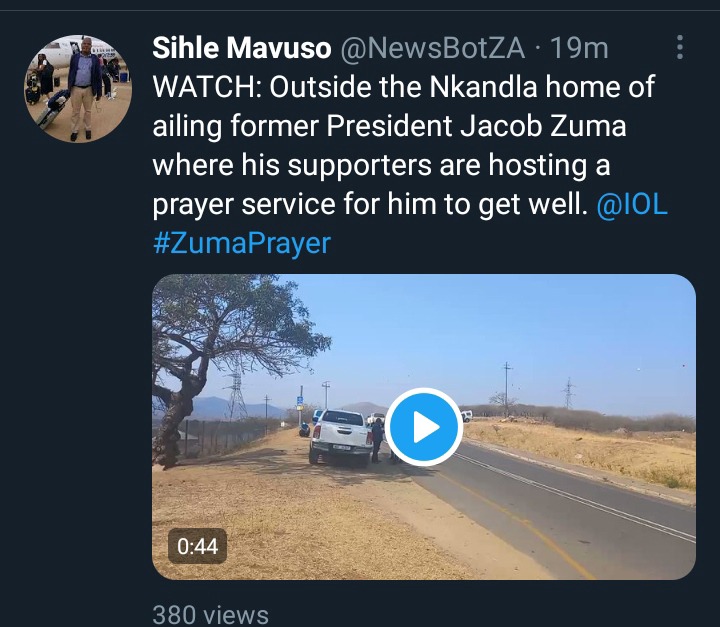 ANC MP, Alice Mthembu, who is the main organiser of the event said the gathering will be in the form of a prayer.

"We will be praying for Zuma, his family and the entire nation, which is currently concerned about the instability which his arrest could cause in the country.

His family members were left traumatised after his arrest and we felt the need to go there and console them through a prayer,” she said

Content created and supplied by: MissyBlack (via Opera News )