Watch video - Zimbabwean made BIG drama because of this 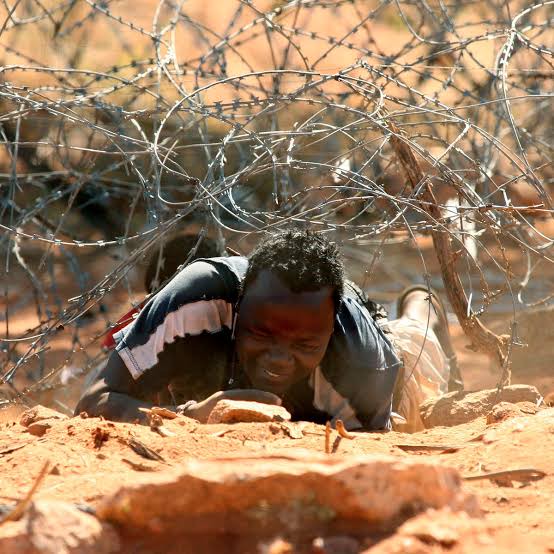 Nearly forty years ago Ian Smith, the Prime Minister of Rhodesia, became the first and only white colonial ruler to break away from the British Crown. He had tired of London's nagging about the subjugation of Rhodesian blacks. In 1965 Smith declared independence. "The mantle of the pioneers has fallen on our shoulders," he said, calling on white Rhodesians to maintain standards in a "primitive country." Smith saw himself as an apostle of Cecil John Rhodes, the British magnate who gave Rhodesia its name, and who in the late nineteenth century duped black tribal leaders into signing over the fertile land to white pioneers. Although Rhodesia in 1965 was home to just over 200,000 whites and four million blacks, Smith shared Rhodes's belief that black majority rule would occur "never in a thousand years."

Smith was of course wrong. In 1980, after a civil war that cost 30,000 lives, the black majority took charge of the country, which was renamed Zimbabwe. Robert Mugabe—the nationalist leader whom Smith had branded a "Marxist terrorist" and jailed for more than a decade; a man who had once urged his followers to stop wearing shoes and socks to show they were willing to reject the trappings of European civilization—became President. 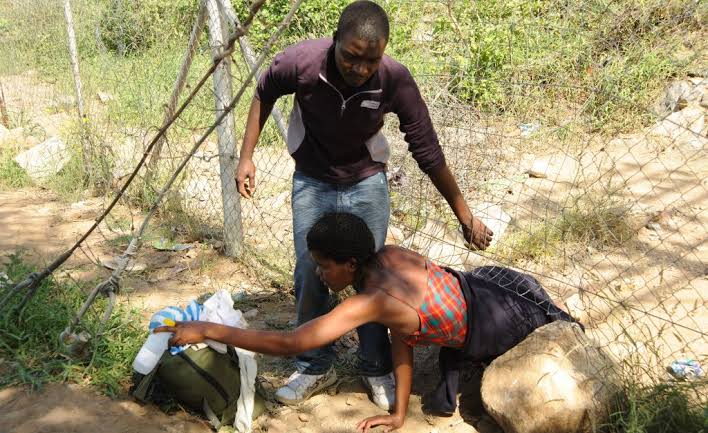 Zimbabwe, one of southern Africa's most prosperous countries, held great promise. Its Victoria Falls was one of the seven natural wonders of the world. Its gushing Zambezi River boasted wildlife and pulsing rapids. Its lush soil was the envy of a continent. And, though landlocked, the country had modernized sensibly: it had a network of paved roads, four airports, and, thanks to Mugabe's leadership, a rigorous and inclusive education system. Mugabe knew that whites drove the economy, and he was pragmatic. "Good old Bob," as white farmers quickly came to call him, kept his shoes and socks on, and urged reconciliation: "An evil remains an evil whether practiced by white against black or black against white," he said on the eve of independence. In a cordial meeting with Smith, Mugabe acknowledged that he had inherited the "jewel of Africa," and he vowed to keep it that way.

Swallowed up by a Queen Anne armchair, Smith, a bone-thin eighty-four-year-old, told me that all he ever wanted to do in life was manage his 4,000-acre farm, 220 miles southwest of Harare. He has run the farm since he returned from flying Spitfires for the British in World War II. He grows oranges and seed potatoes, and raises cattle. "I hope I don't sound arrogant," he said, "but you won't find a better-run piece of land." Smith insists that when Mugabe banned him from politics, in 1987, he was glad for the opportunity to return to full-time farming. But in Zimbabwe, where whites owned the finest farmland and most blacks remained dispossessed two decades after independence, politics and land became inseparable. A few days before my visit Smith was reading the morning newspaper when he came across a government notice listing the latest batch of farms designated for seizure by the state. His farm was among them.

For a man who had just learned that he would lose his livelihood, his passion, and his family home, Smith was strangely unflustered. Largely ignored since independence, he seems to have found in the blind bungling of Robert Mugabe's regime a grim redemption for white rule. "You can't imagine how many people come up to me and say, 'We didn't agree with you back then. We thought you were too rigid and inflexible. But now we see you were right. You were so right: they were not fit to govern.'" 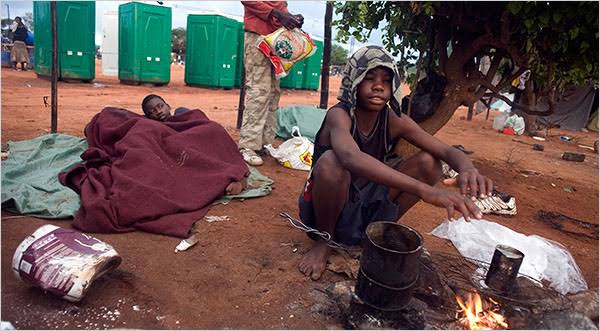 The "they," of course, is the black majority. But Smith is drawing the wrong lesson. Although Zimbabwe is as broken as any country on the planet, it offers a testament not to some inherent African inability to govern but to a minority rule as oppressive and inconsiderate of the welfare of citizens as its ignominious white predecessor. The country's economy in 1997 was the fastest growing in all of Africa; now it is the fastest shrinking. A onetime net exporter of maize, cotton, beef, tobacco, roses, and sugarcane now exports only its educated professionals, who are fleeing by the tens of thousands. Although Zimbabwe has some of the richest farmland in Africa, children with distended bellies have begun arriving at school looking like miniature pregnant women.

How could the breadbasket of Africa have deteriorated so quickly into the continent's basket case? The answer is Robert Mugabe, now seventy-nine, who by his actions has compiled something of a "how-to" manual for national destruction. Although many of his methods have been applied elsewhere, taken as a whole his ten-step approach is more radical and more comprehensive than that of other despots. The Zimbabwe case offers some important insights. It illustrates the prime importance of accountability as an antidote to idiocy and excess. It highlights the lasting effects of decolonization—limited Western influence on the continent and a reluctance by African leaders to criticize their own. And it offers a warning about how much damage one man can do, very quickly.

1. Destroy the engine of productivity

The Harare Sports Club, a Rhodesian throwback, sits kitty-corner from Mugabe's private residence. I was told ahead of time by locals that the patrons would be mostly white ex-farmers "crying into their beer." Inside, towering, bull-necked men lined the bar. Most were chain-smoking, and they did seem quite wobbly. A television hanging from the ceiling played reruns of Tim Henman's latest Wimbledon tease. At the entrance to the club is a sports shop, which sells squash rackets and cricket bats. The place is Old England in a capsule, and yet the paint is chipped, the tabs are unpaid, and the lively chatter, once about crop yields and rugby scores, now focuses on court dates and emigration plans.