What Was King Lestsie Doing In Swaziland?

On Wednesday the 21st of July King Letsie of the Kingdom of Lesotho paid a visit to King Mswati III of Swaziland. He is said to have been on a one-day working visit as a guest of the Swazi king. This comes at a time when a Reconstruction Programme Fund was established to repair the damage caused by pro-democracy protests in SD. As a constitutional monarch with no significant power in Lesotho, Letsie could offer a lot of insight to Mswati. So why was he there? 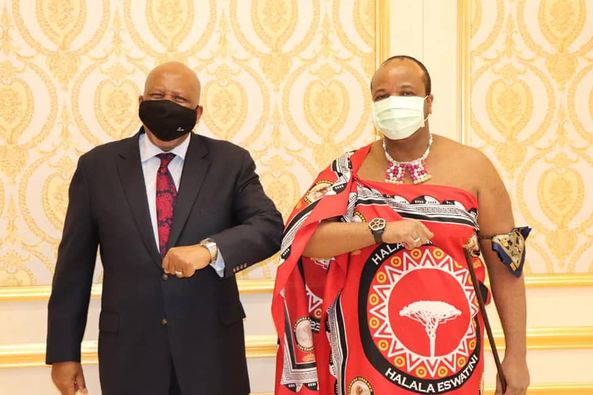 The purpose of his visit wasn’t explicit. All the government said was that Letsie was there for one day and he came on a working visit, that’s it. We can only speculate what the topics of discussion may have been but there’s a good chance Letsie heard about what was happening at the neighbors’. It’s been all over international news platforms, the SADC Troika team was deployed for a fact-finding mission; there’s just been a buzz surrounding Swaziland.

Mswati refuses to give up power, even with the overwhelming support political activists are gaining in his country. He tried to look like the good guy, offering half a billion to rebuild everything that was destroyed during the protests. Somehow, he managed to offend a few people by making remarks about the activists and what he believed was likely to be cannabis smoking habits. He's definitely having a tricky time, so what words of wisdom could’ve Letsie possibly have offered him? 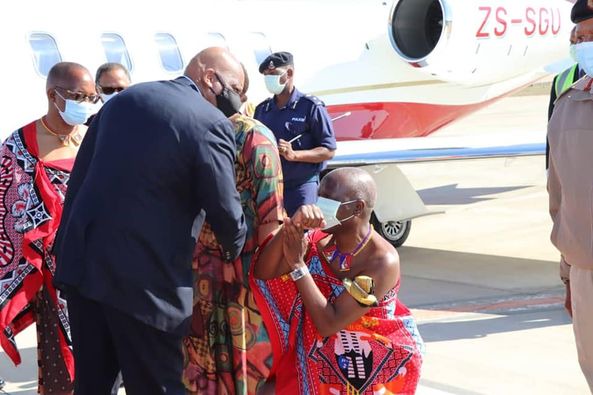 Surely the king of the Basotho had something of value to bring on his trip. It's a long-standing tradition for African kings to visit each other and offer counsel in times of need. Since the 22nd of July is the late King Sobhuza’s birthday, media publications have ceased operation. It is for this reason that we could not gather any quotes from the meeting between the heads of state.

One wonders what Letsie could have achieved in one day. The word ‘work’ can be pretty vague when discussing a king’s job description. Information from the Eswatini government’s social media pages suggests Letsie visited Lozitha Palace, where he was received by the king at the decorative Mandvulo Hall. There’s another set of pictures showing Letsie at Ludzidzini Royal Palace where he met the Queen Mother, Ntombi Tfwala. What work can one do when travelling between palaces? 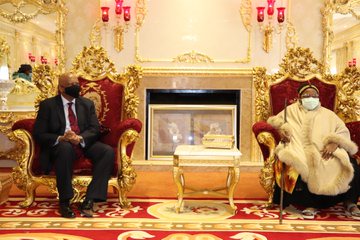 What do you think Lesotho’s king was doing in Swaziland? What would you say the two talked about? Why do you think the government hasn’t given more details about the visit? Share with a Sotho and a Swazi, celebrate King Sobhuza’s birthday in any way you can, and FOLLOW FOR EVERYTHING SWAZILAND!

Bad News For All South Africans And Cyril Ramaphosa.

Opinion: Cyril Renewing ANC? What Are The Implications?

"I Am Not Part Of CR-Faction" - Blade Flip Flops?