There will be "clear policies and consistent perspectives" on a wide range of issues during the summit, according to the ANC president.

Reports of riots and factionalism at the ANC national policy conference have been vehemently disputed by President Cyril Ramaphosa, who has urged attendees to focus on solving the country's problems instead. 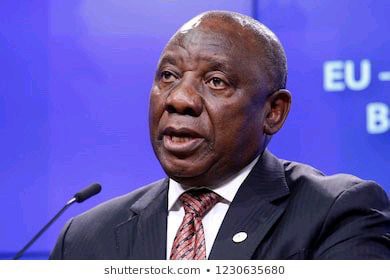 The ANC's 6th national policy conference began on Friday with a speech by President Cyril Ramaphosa at the Nasrec Expo Centre in Johannesburg's south.

This meeting will set the tone for the ANC's 55th national conference, which will take place in December of this year.

"Create and establish consensus" on policy subjects despite disagreements and divides within the ruling party, Ramaphosa stated during the three-day conference.

"Many people in our nation, especially the media, expect this to be a conference where we'll combat among ourselves and disagree on a wide variety of political and ideological matters," the ANC leader stated.

"We will demonstrate, as we regularly do and in accordance with ANC tradition, that even when we have conflicting views and techniques on many subjects, we always emerge with unified policy stances," he stated.

Because the ANC is the African National Congress, Ramaphosa promised that the group would leave the summit with "clear views and logical stands.

He emphasized the importance of the conference in conveying the group's commitment to helping the country and its people overcome challenges. He said that

The future of the African National Congress (ANC), its coalition partners, and the country as a whole will be decided at the next policy conference, according to Ramaphosa.

Calling for solutions to issues such as unemployment and the economy, he challenged party members.

What we do in the next three days, the resolutions we adopt, and our subsequent actions will have a direct impact on the future of our movement and our country. We cannot afford to be complacent.

"The participants at this conference carry the obligation to create policy proposals that will deepen the regeneration of our movement and accelerate up the change of our society," Ramaphosa stated during his speech at the conference,

According to him, the conference should be a "festival of ideas," with policies grounded in the realities of everyday life in South Africa.

The issues facing our country and its people should be at the forefront of our discourse.

Rather than complaining about the issues our people encounter, let's work together to find solutions to them.

This Sunday, the African National Congresqps will conclude a national policy meeting.

BREAKING| Over 100 ANC Members Arrested In KZN - See Why