It has been reported that the president of the republic of South Africa and a leader of African National Congress which is the ruling party, president Cyril Matamela Ramaphosa has been advocating for withdrawal of sanctions imposed to Zimbabwe by western countries and United Nations. 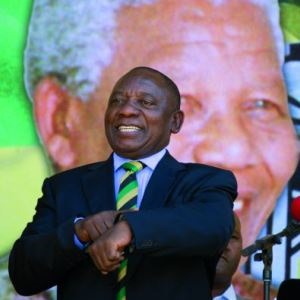 What is unfortunate and many find it odd is that many Zimbabweans criticized him for advocating the lifting of Sanctions in their country.

Hopewell Chin'ono also criticized South African head of state. Hopewell Rugoho-Chin'ono is a Harvard University-trained Zimbabwean journalist. He has won numerous awards in journalism and has worked in both print and broadcasting journalism.

He went on to advise people to Read the letter written to Robert Mugabe in 1980 by revered African academic & former Tanzanian Foreign Minister, the late Abdulrahman Mohamed Babu.

Somali Foreigners made a big Mistake in Gqeberha Eastern Cape. This is what is happening now.