On Sunday, police and members of the SA National Defense Force (SANDF) stopped 158 allegedly undocumented foreigners in 16 vehicles from entering the country in the Free State. This led to a shootout, in which one person was hurt. The Lesotho citizens were stopped at a roadblock along the unguarded R702/R26 border crossing in Wepener. When they were caught, there was a shootout, and two guns and some bullets were found. 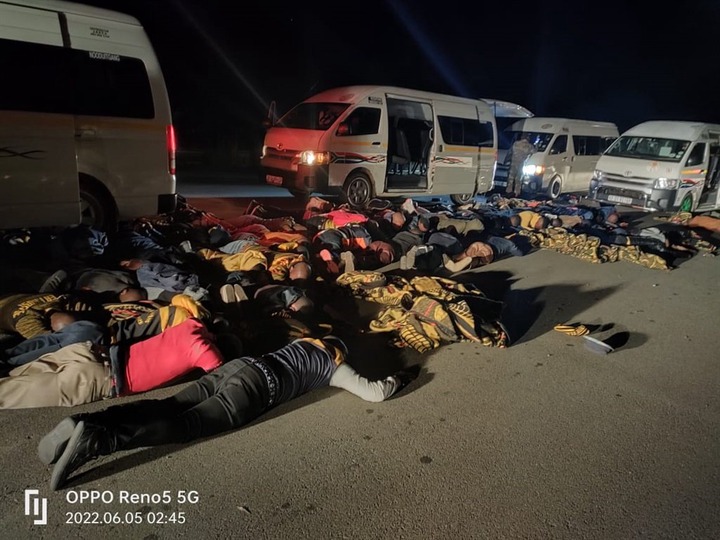 SANDF nabbed 158 undocumented immigrants travelling in 16 vehicles and trying to cross into the Free State."/>

At about 00:45, a group of 13 Toyota Quantums, a grey Toyota Regius, a red Volkswagen Golf, and a grey BMW 523i drove up to the roadblock. The official at the roadblock said that the first Toyota Quantum did not stop. "The people in the minibus fired shots, and the people at the roadblock shot back. One man was slightly hurt in the crossfire, and he was taken to a hospital in Bloemfontein right away.

Makhele said that in the end, all vehicles were stopped and searched.

"A total of 158 people, including the drivers, were found to be traveling into the Republic of South Africa without the right papers to be there. "Hidden inside the BMW sedan were a 9mm Model 75 Cal.8 Czechoslovakia pistol with a magazine full of 16 live rounds, a 7.65 Walther with a magazine full of seven rounds, and two loose 7.65mm rounds," he said. 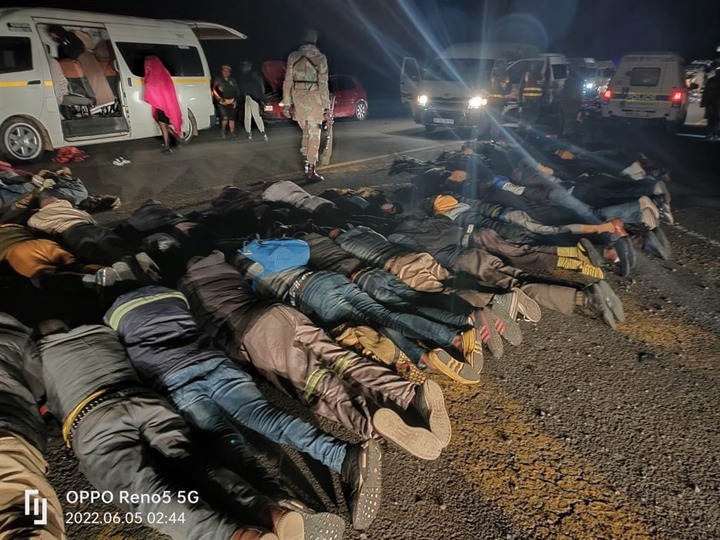 Five men between the ages of 24 and 39 who were in the BMW were arrested for having guns and ammunition without a license. The number plates and license disc for the BMW did not match either. A total of 158 passengers were caught because they were there illegally. He said that the people who were arrested for allegedly having guns and bullets without a license were expected to show up in court on Tuesday. 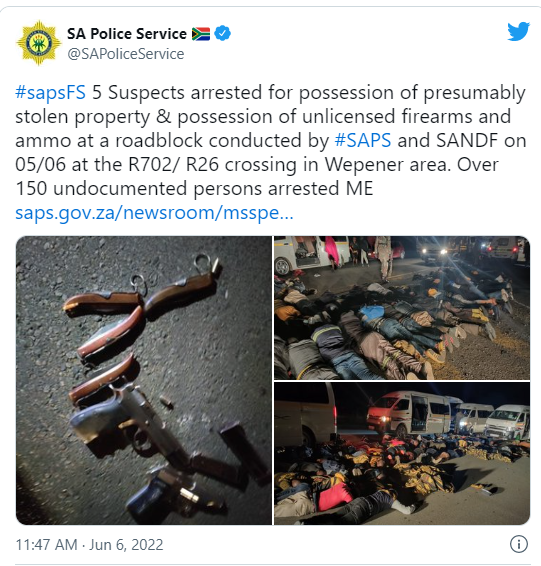 Makhele says that the Lesotho citizens without papers will go to court in groups. The steps to get them sent home have already been taken. Lieutenant General Baile Motswenyane, who is in charge of police in the province, praised the police and defense force for "making sure they stopped this lawlessness that was about to happen." Motswenyane added, "As law enforcement agencies, we will never let people do whatever they want and not follow our laws."

Muvhango|Tenda pays a huge price in the prison cell