Julius Malema has issued some warning to those protecting president Cyril Ramaphosa, saying that they would have themselves to blame. Julius Malema highlighted that this was how Zuma began until it became state capture, saying that Ramaphosa's case would be worst. However, the journalist was quick to respond that he is not among those defending Ramaphosa. Some South Africans have been accusing some top journalists of turning blind eyes to the flaws of Ramaphosa because they want to protect their interests. Malema said that those who keep defending Ramaphosa will bear the direct consequences of their actions, saying that there is no two-way about it. He said that anyone protecting, defending or siding with Ramaphosa is doing so at his or her own detriment. A social media user who shared the video online wrote, “CIC Julius Malema once said: “Protect him at your own peril” …and look at where we are now #PhalaPhalaFarmGate #CyrilRamaphosamustgo”. 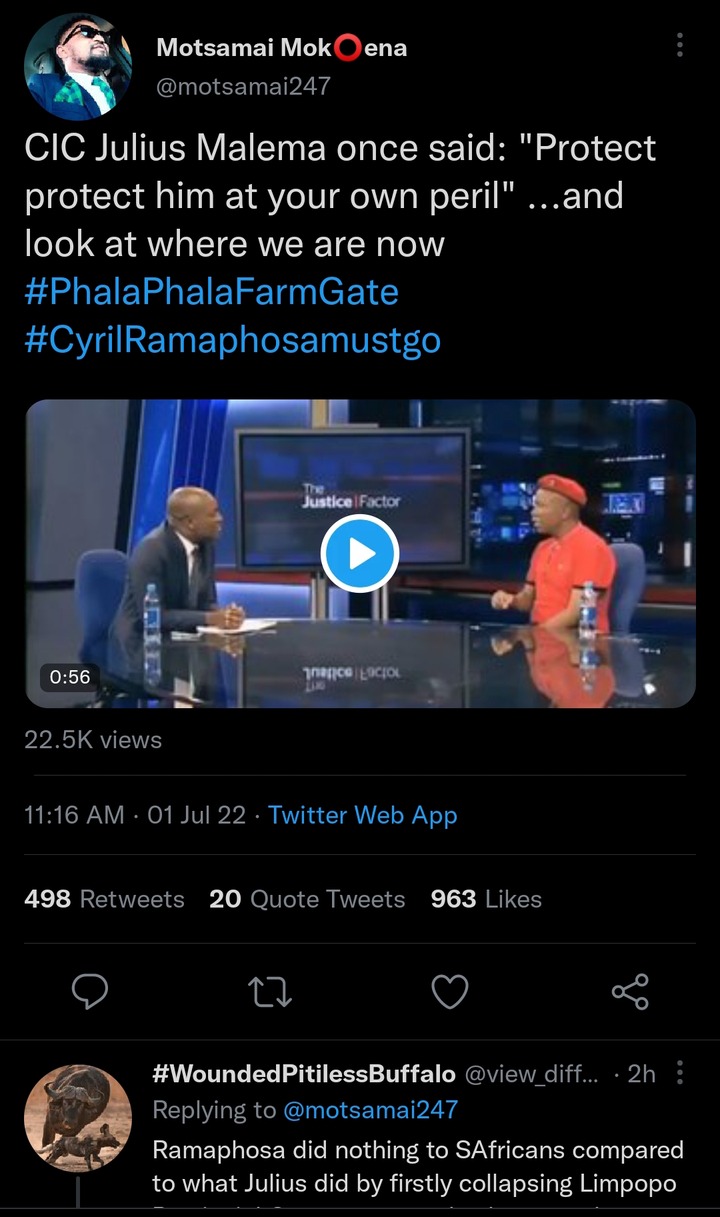 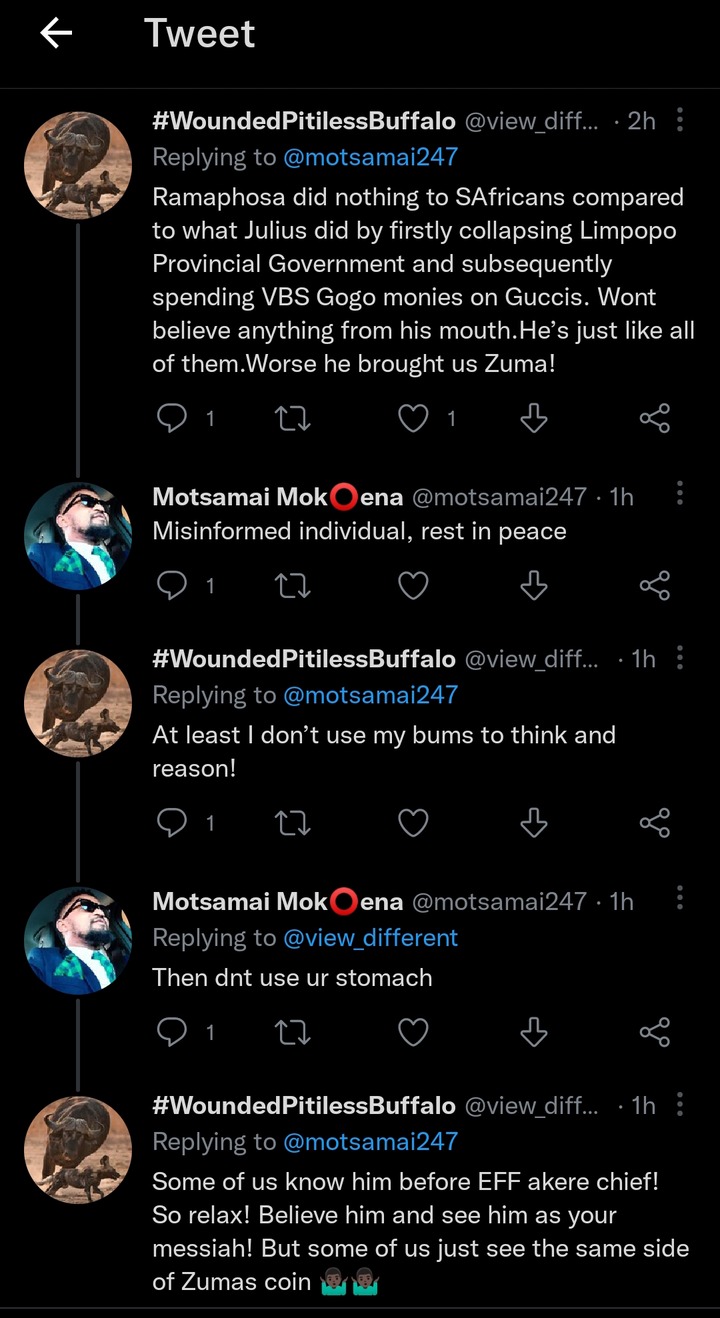 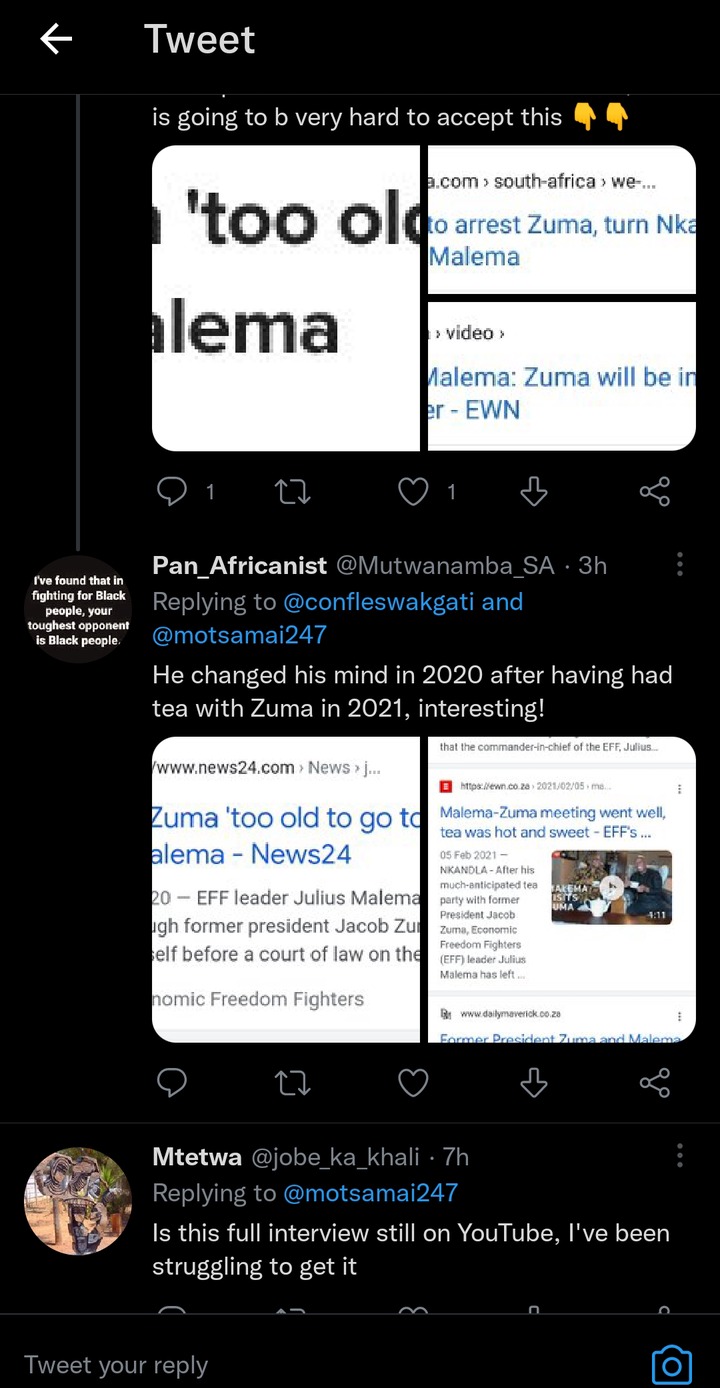 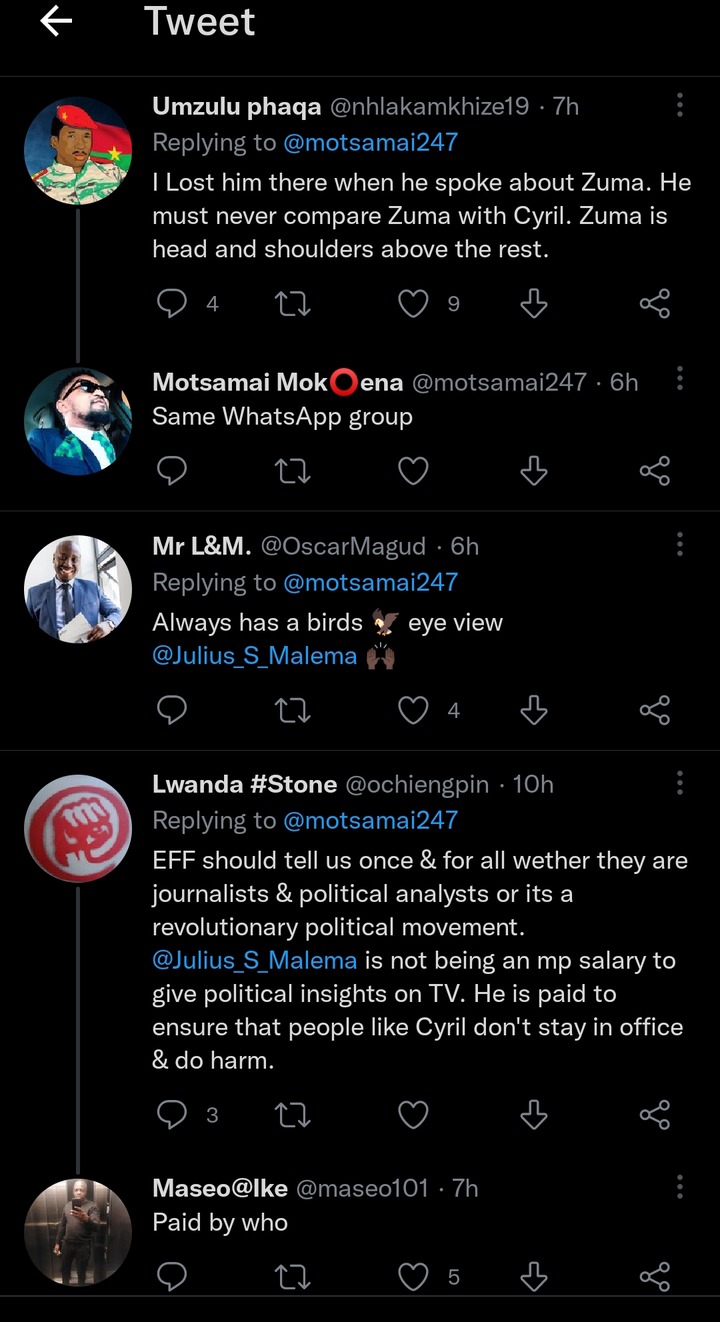 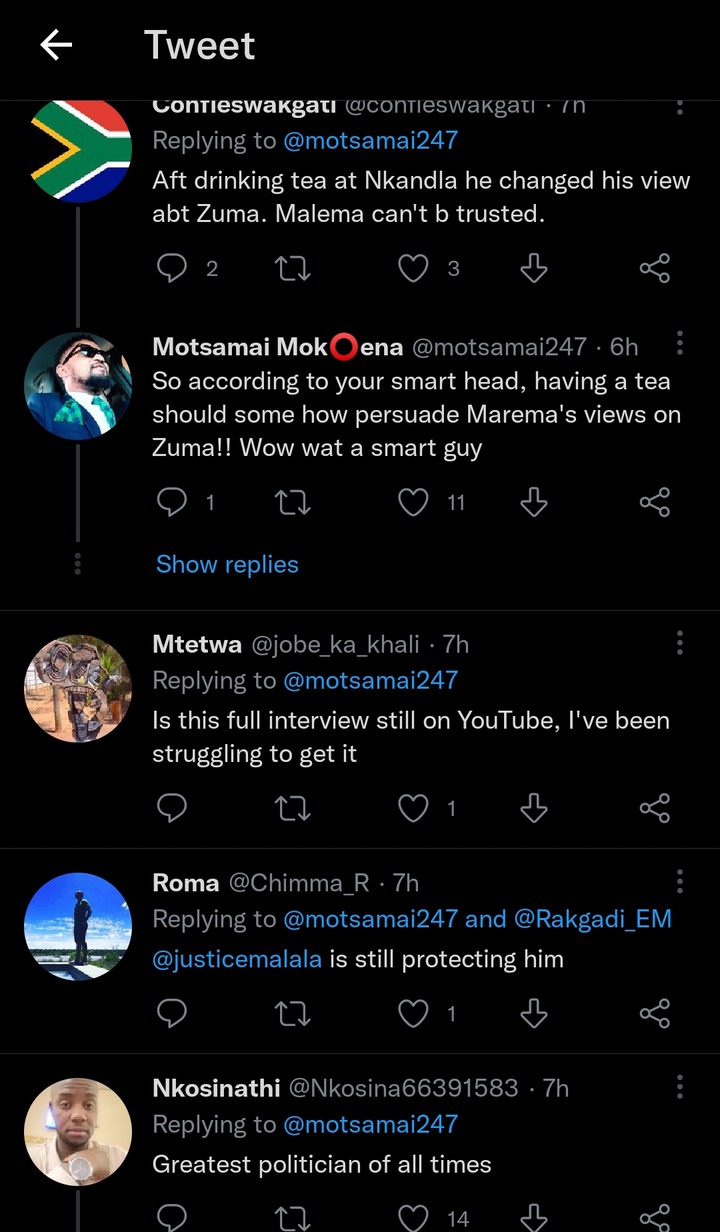 Today, the African Transformation Movement (ATM) has accused the deputy Public Protector of siding with Ramaphosa. They said that she should stand with the people of South Africa instead of standing with President Cyril Ramaphosa. This is the same warning that Julius Malema is issuing to journalists and media people, saying that a time would come when they will regret their actions. But a defender of President Cyril Ramaphosa said that Ramaphosa has done nothing wrong, rather it is Malema and Zuma that did South Africans and Limpopo province bad things. He said, “Ramaphosa did nothing to SAfricans compared to what Julius did by firstly collapsing Limpopo Provincial Government and subsequently spending VBS Gogo monies on Gucci. Won’t believe anything from his mouth. He’s just like all of them. Worse he brought us Zuma”. 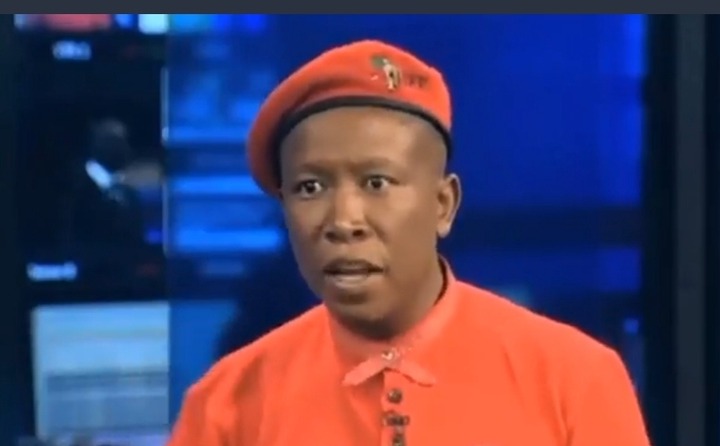 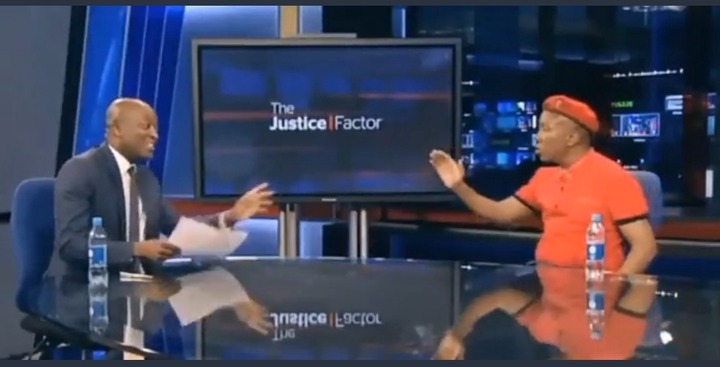 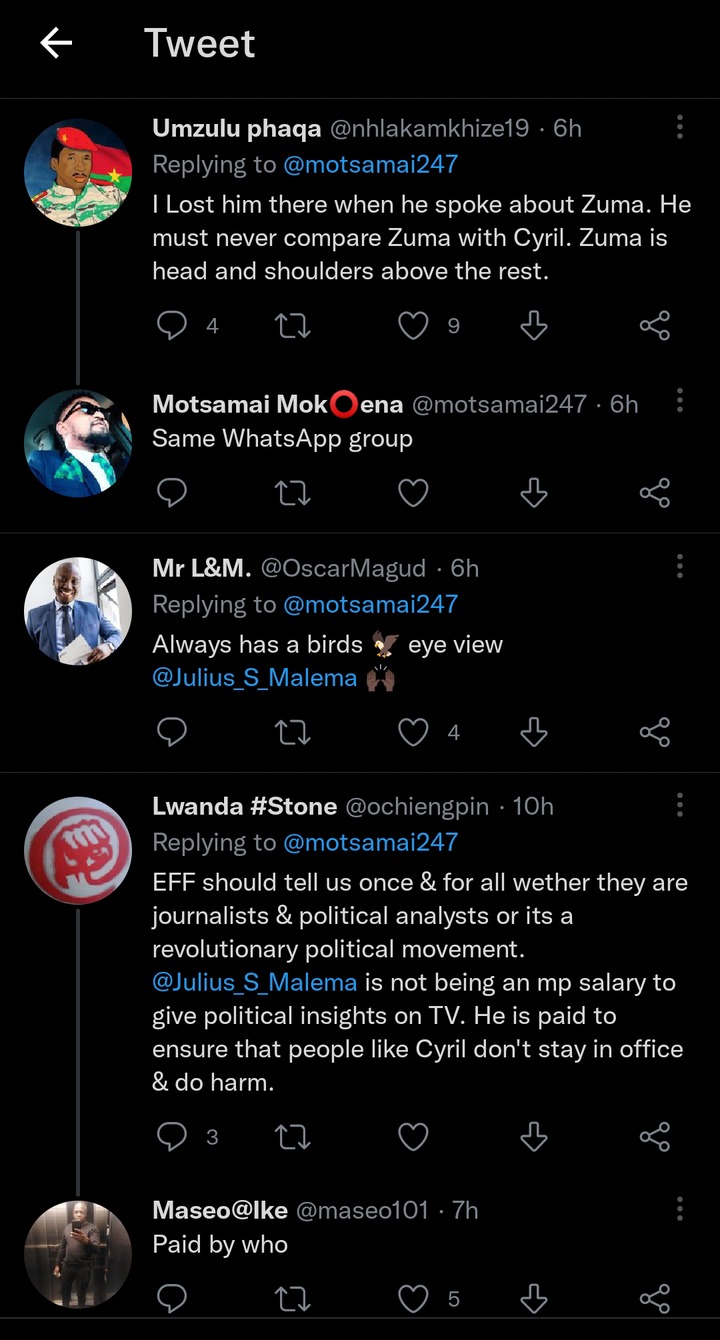 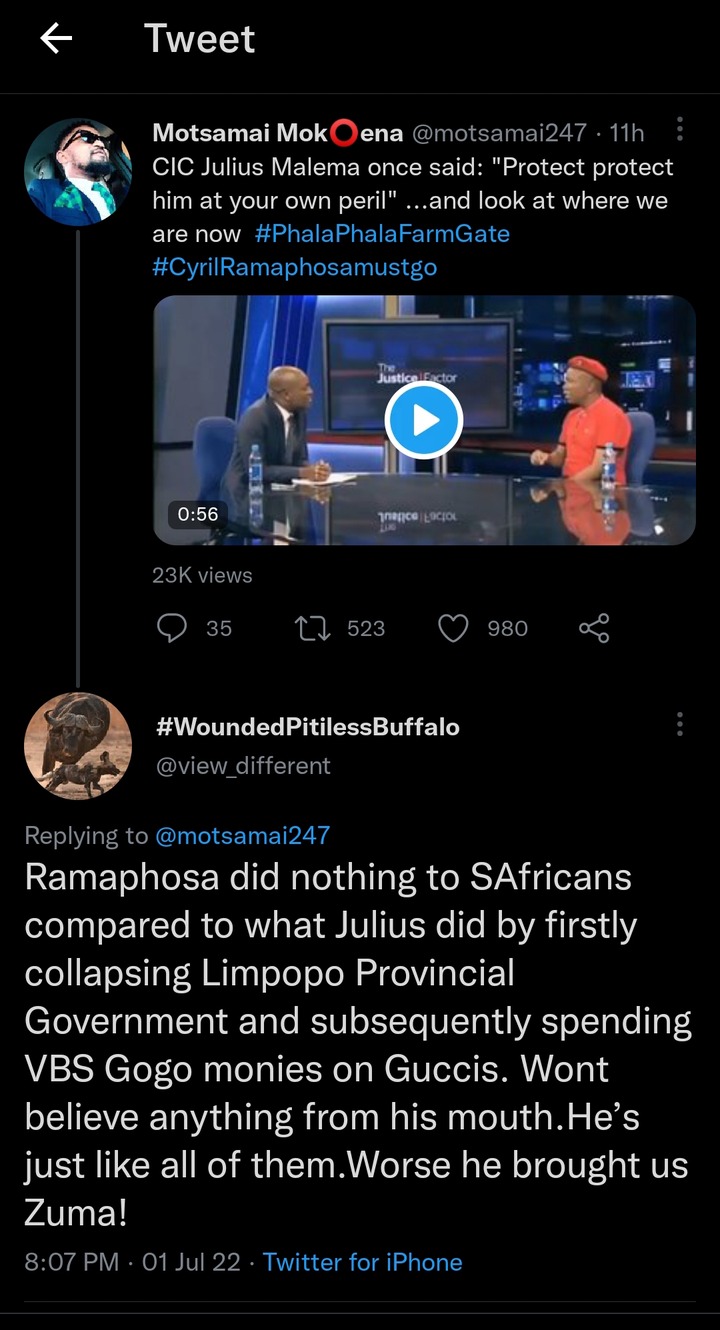