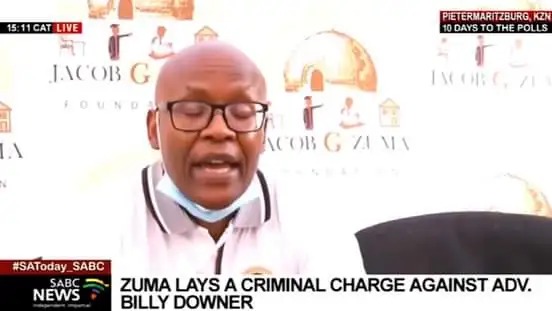 A criminal offense under NPA Act, and Pres Zuma opens a case

The records were given to the NPA last month when Zuma and his legal team argued that he was too ill to be physically present in court. To bolster his case, he sent a medical note from the military health services and minutes after it was sent to Downer, Zuma alleged that it was leaked to a journalist who later asked his legal team questions and they were based on the note. 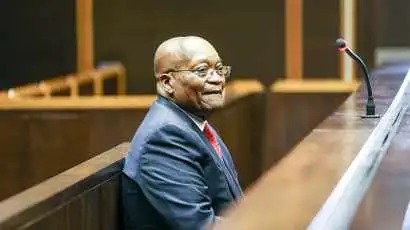 The former head of state argues that the leaking of the medical records has compromised him as the information was later widely circulated on traditional and social media.

In a statement issued by the Jacob Zuma Foundation on Wednesday, Zuma said he will open the case at the Pietermaritzburg police on Thursday.

William John Downer is a South African prosecutor, known for his prosecution of high profile government corruption cases. He is in the employ of the National Prosecuting Authority of South Africa and is currently attached to the Office of the Director of Public Prosecutions for the Western Cape, where he holds the rank of Senior Deputy Director of Public Prosecutions. He is an admitted Advocate, upon whom Senior Counsel status has been conferred.

Downer attended the Pretoria Boys High School in South Africa's administrative capital, Pretoria, where he excelled in sports and drama. In 1979, he graduated in law from Stellenbosch University and was awarded a Rhodes Scholarship to study at Brasenose College, University of Oxford, United Kingdom, where he obtained the Bachelor of Civil Law (BCL) degree. He thereafter, joined the South African Department of Justice, the forerunner to the National Prosecuting Authority, where he to date remains employed. He lives with his partner, William De Villiers, in Cape Town, South Africa. 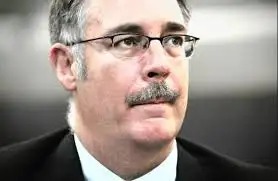