ANC official caught on camera giving out money to people during campaign rounds, is he bribing them 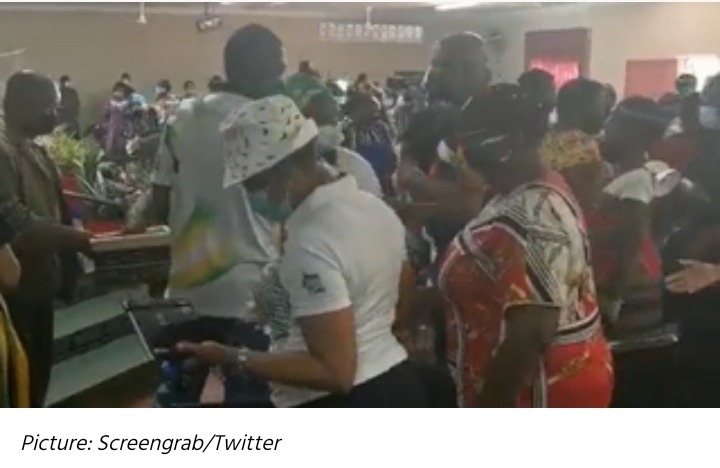 ANC Treasure General Paul Mashatile was caught on camera during church service giving people money for free. He church service was held in Vhembe and Mr Mashatile denies the allegations and said that he was giving the money to other ANC members so that they can pay the offering.

ANC staff has been complaining about not getting paid and now their treasure have been seen giving out money to people for free while their staff have not been paid. People pn social media are wondering if Paul was trying to buy votes from people. According to him in his church it is normal for people to give out money and he way not bribing anyone.

During this time politicians can do anything for votes. We have seen pictures on social media of politicians giving out food parcels to people. Some people have already had enough of politicians who only take care of them during voting time and after voting they forgot about them. People are saying that they have been voting for many years but the is no development in their areas. The are no proper infrastructures and some people have not been having access to water for months now.