While the two ministers were held hostage by military veterans, Ramaphosa is busy doing this

By Full_View (self media writer) | 1 month ago

President CyrilRamaphosa is campaigning for the governing party in Mabopane today. Ramaphosa campaign also comes the morning after his two ministers and deputy minister were held hostage by military veterans at Saint Georges Hotel. 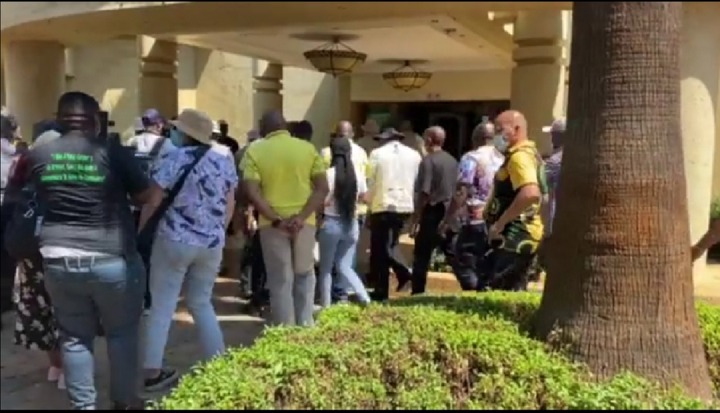 Besides what security intelligence advises you to put the minister, deputy minister and minister in the presidency in one room without adequate security

Good intelligence would've known that there has been issues regarding MK Veterans. MK meetings have resulted in chaos before. You have high ranking officials meeting people who have been disbanded by the same officials. Almost anyone would have known something can happen

They like making their anc issues problems of South Africans. They dont attend to conditions of employment of soldiers. South Africa is ripe for a coup...it is ready for easy taking

Evacuation of Luthuli House, bomb scare during court proceedings, foreign nationals brandishing illegal weapons & now the defence minister & 2 other ministers where held hostage & still no word from our pres 2 allay our fears regarding the security of our nation