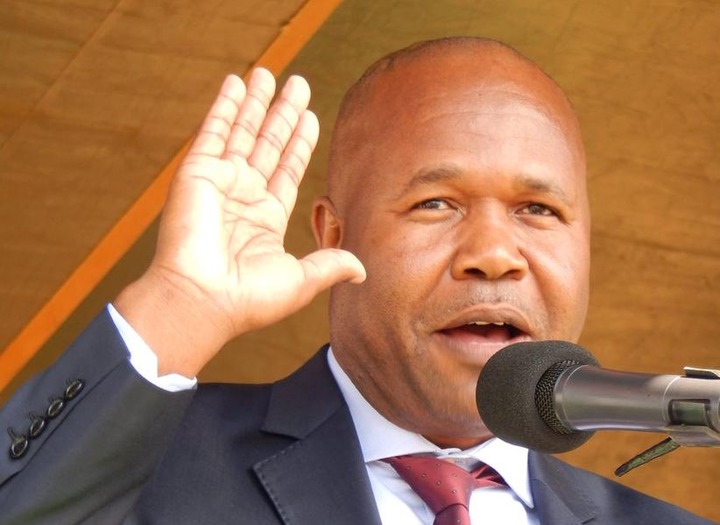 COUNCIL of the Capricorn District Municipality bade farewell to the outgoing Executive Mayor Cllr John Mpe with praises and words of thanks for his excellent service and solid track record.

Mpe attended his last council meeting this morning as the CDM Executive Mayor and announced his resignation after serving five years. Speaker after speaker paid tribute to Mpe's inspiring leadership. Economic Freedom Fighters welcomed the announcement and thanked him for all the milestones achieved under his leadership. The Democratic Alliance expressed their well-wishes to Mpe for the future.

The Chairperson of the Capricorn House of Traditional Leadership, Kgoshi Maleboho praised Mpe for taking his responsibilities seriously and the significant strides made during his tenure. "His track record speaks volumes about his commitment and work ethic", he said.

In announcing his resignation, Mpe said "I stand before you as I hereby do, proud to have served a term that was based on vision and commitment to bring about a better life to our people. And at the same time it is indeed sad that I depart a Council through-which many milestones were achieved to free our people out of the morass of poverty.

He also thanked all Councillors, the Mayoral Committee, the administration "for embracing the vision that we had in 2016 to serve our people and deliver", he said, adding that he would not be lost to CDM. "With this departure, I am not cutting ties with this Municipality; we will continue to work together and share expertise and experiences in preparing for the next Terms of all councils in this region; and accept the next mandate as a collective.

How insensitive can he be? King Monada under fire for saying COVID-19 Is Over