Floyd Shivambu, the vice president of the Economic Freedom Fighters, has fiercely spoken out against Cyril Ramaphosa, the leader of the ANC, saying that Ramaphosa must step down from his position. 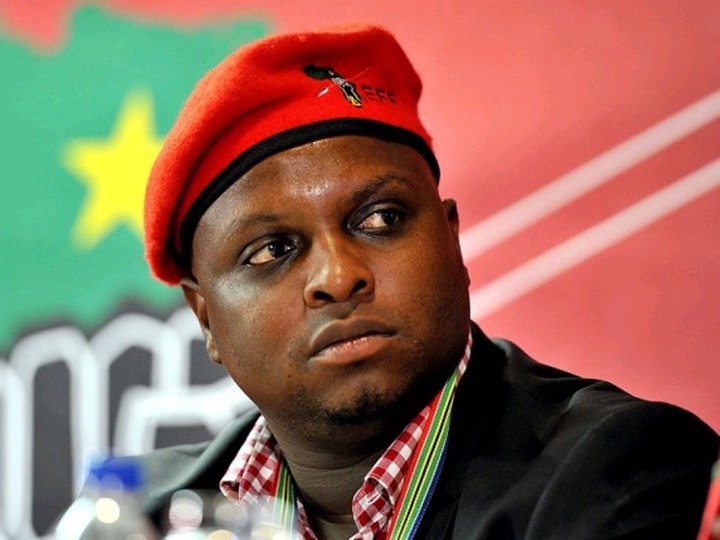 Shivambu made these remarks in response to Cyril Ramaphosa's announcement that he will not be attending the summit of world leaders in Davos. According to reports, the president took this action in order to put more of his attention on the energy crisis that has recently engulfed the nation.

One of the individuals who has been steadfast in their insistence that President Cyril Ramaphosa should step down from his position in office is the red beret deputy. He reinforced his sentiments and argued that there is nothing that Ramaphosa can change today, despite the fact that he has been in charge for such a long period and has had ample opportunity to do so.

"It is not as though he is going to accomplish anything, regardless of whether he is with his handlers in Davos or here in South Africa. Even though he has postponed a number of visits and stated on numerous occasions that load shedding and energy shortages are things of the past, the situation continues to deteriorate. It's time for him to step down from his post "Floyd Shivambu stated.

Critics on social media have expressed that they are sick of hearing that President Ramaphosa has canceled his trip while not having taken any steps to address the problem. They bemoan the fact that many people are now losing their employment since businesses are finding it difficult to continue operating with the ongoing power outages.

"I am getting pretty sick of hearing about his trip cancellations, especially since nothing seems to happen afterward. This week we might advance to stage 8 of the process. The alarming rate at which workers are being laid off is cause for concern "They stated that.

Others have expressed their opinion that, given the current state of affairs, Cyril Ramaphosa is beginning to give the impression that his predecessor, Jacob Zuma, was a hero. They stated that they now miss Zuma's presidency because they believe things were in a much better state during his government in comparison to Ramaphosa's.

"He makes Zuma appear like a hero. Cyril Ramaphosa has acknowledged that his options are limited; what kind of a leader admits to having his hands tied? A president who is virtually useless, "claimed a social commentator.