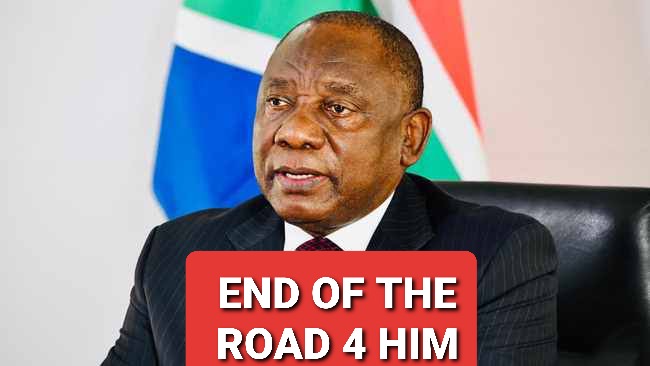 Many Facebook users have declared support for the recent motioning submitted by the African Transformation Movement (ATM). Many of the users say they support the motion hundred percent.

In recent news released by News24, it disclosed that the African Transformation Movement (ATM) has resubmitted a motion of no confidence against President Cyril Ramaphosa to Nosiviwe Mapisa-Nqakula the National Assembly Speaker. 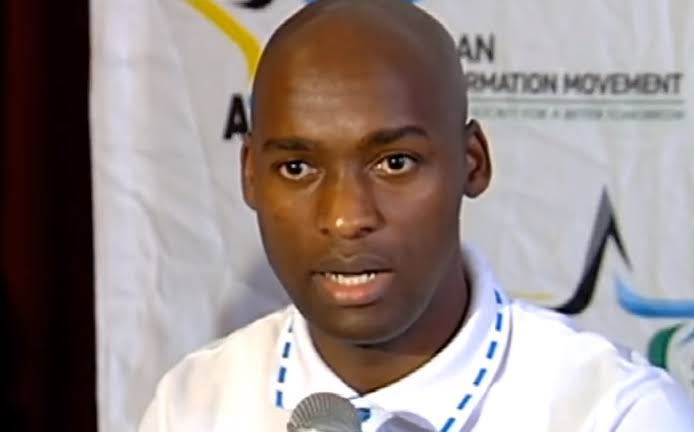 In the email sent to her on 7 December 2021, Vuyolwethu Zungula, the president of the African Transformation Movement argued that since Ramaphosa took the reins, the expenditure in the government increased very well.

"irregular expenditure in government and state-owned entities (SOEs) increased to R61.35 billion in the 2018/2019 audit period, from R50.1 billion in the previous year and SOEs continue to collapse, without anyone being held accountable for this gross behaviour," says the ATM President.

Zungula also accused president Cyril Ramaphosa of misleading the country about load shedding becoming the thing of the past when he promised South Africans that it would be history. 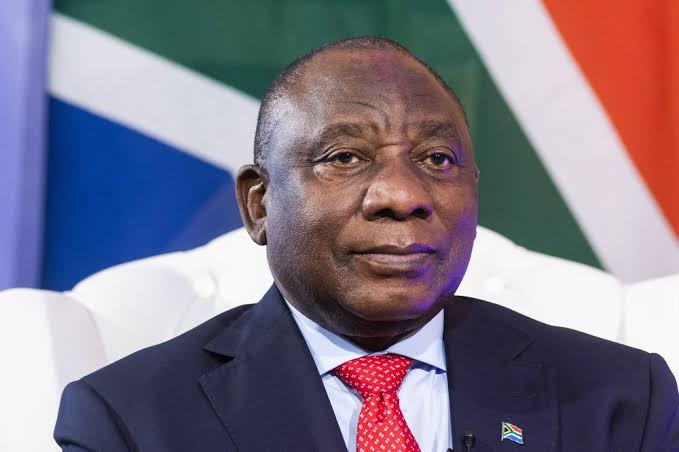 "The president has grossly mismanaged the economy so that there has been a loss of confidence by local and international investors; under the president's watch there has been an increase in corruption, inequality, and unemployment," reads the email.

This recent report came after the Supreme Court of Appeal set aside a decision by the previous speaker's rejection of a request by the minority ATM for a secret ballot in a motion of no confidence against Ramaphosa. 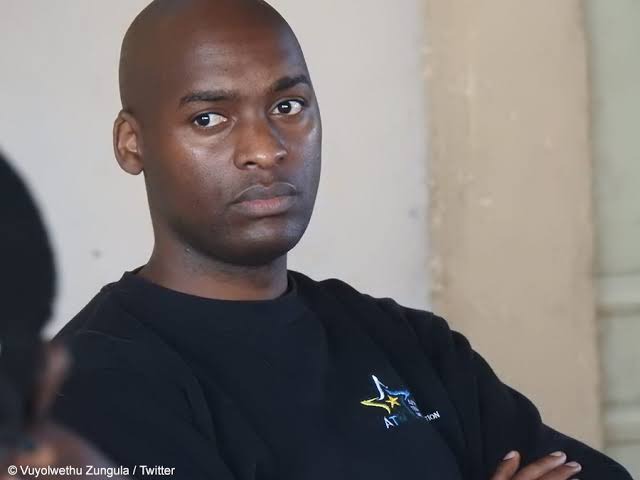 Many of the Facebook users who reacted to this post were in support of the motion submitted by the ATM.

One of the Facebook users who commented said, “ATM can succeed on this one, 26 ANC Mps did not vote for their sponsored motion yesterday.”

See screenshots of people's comments below. 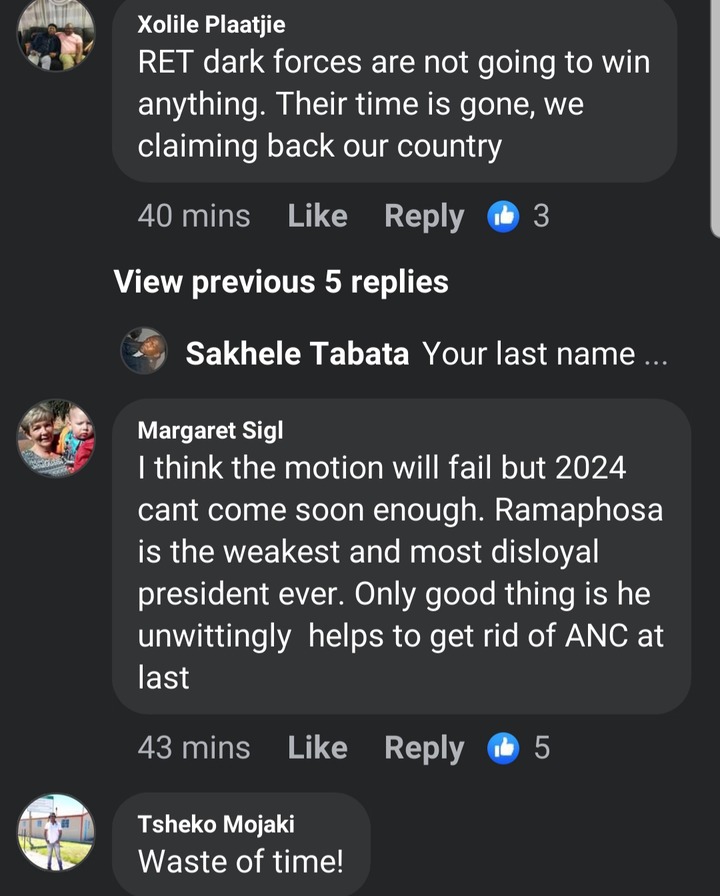 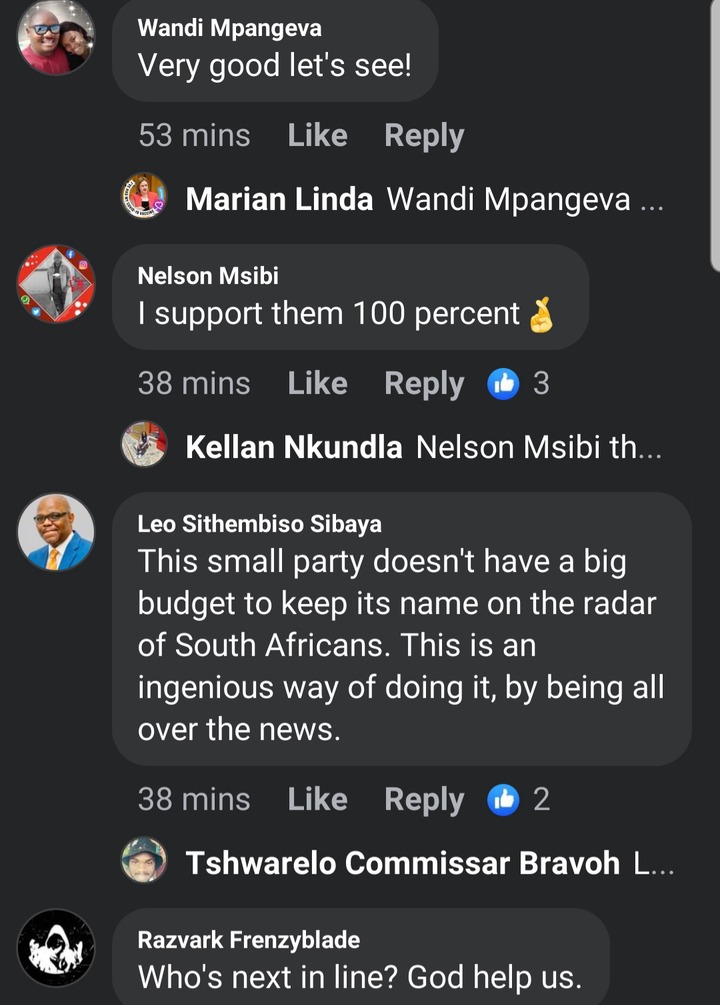 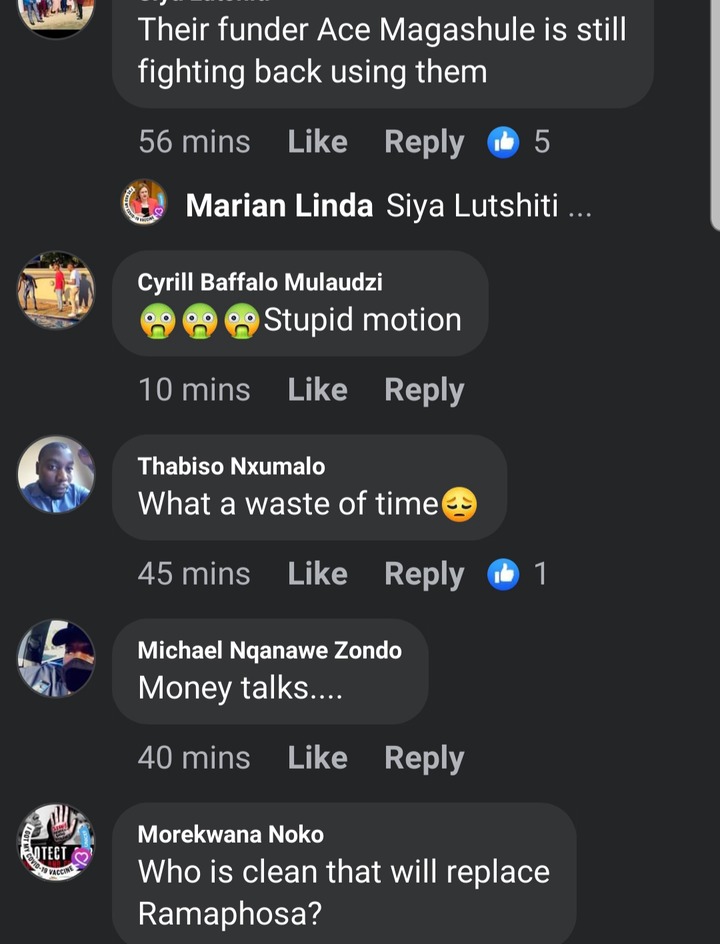 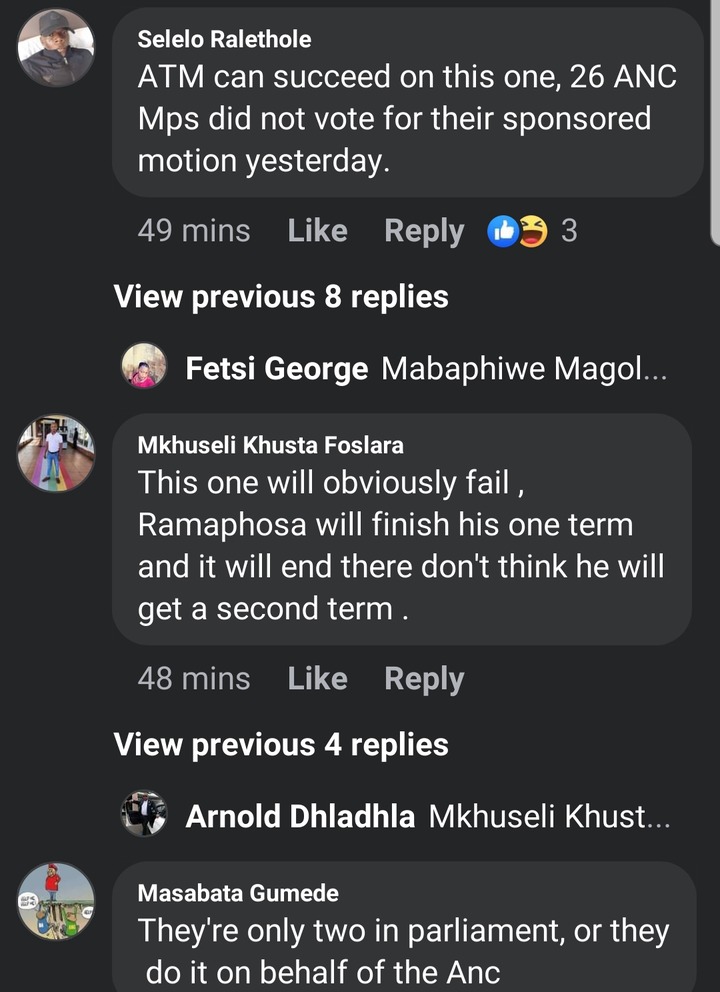 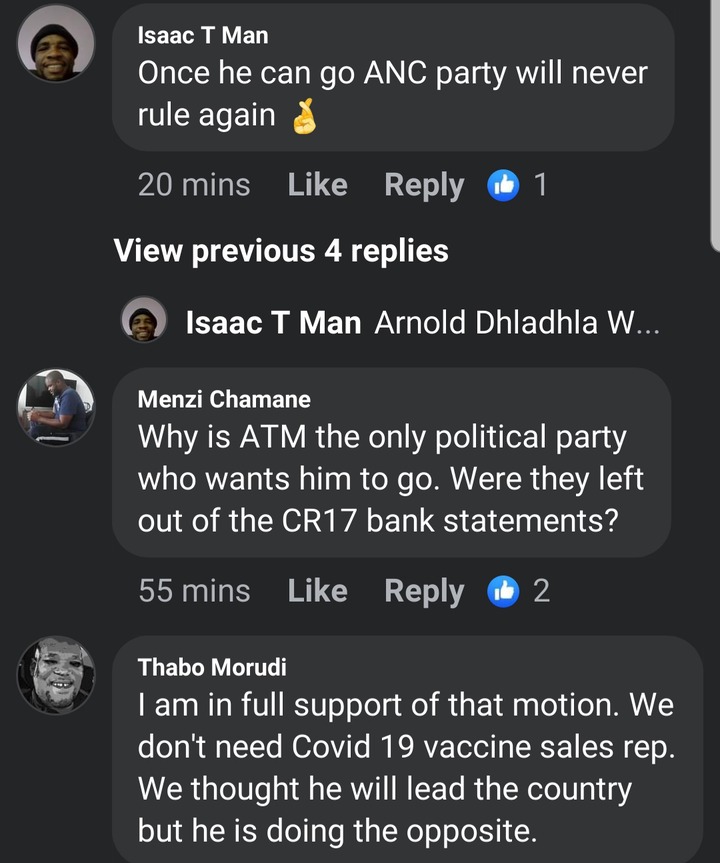 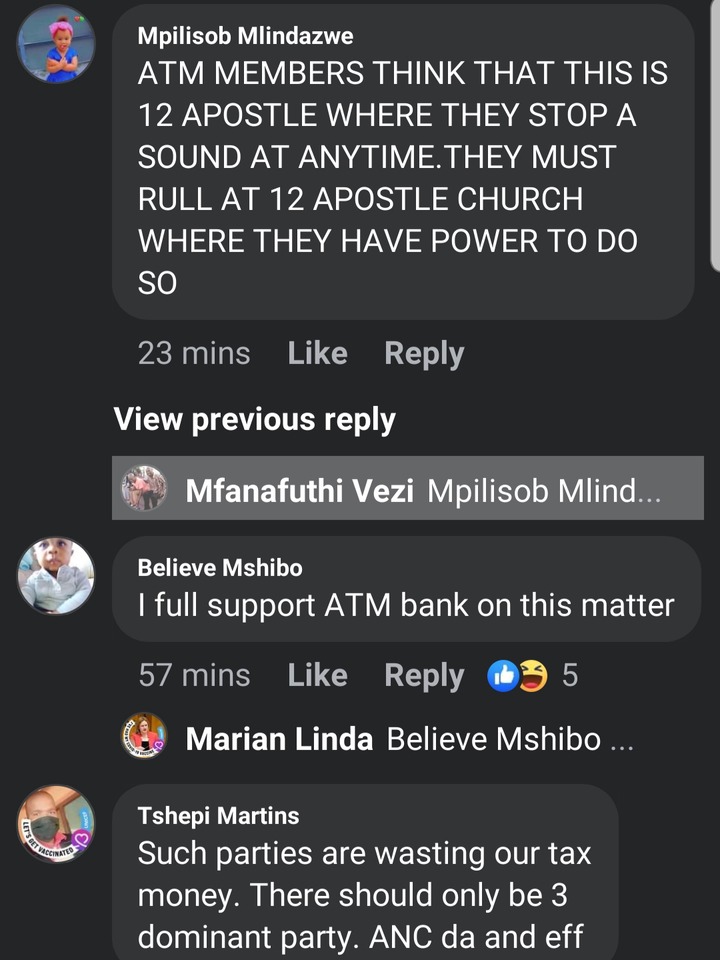 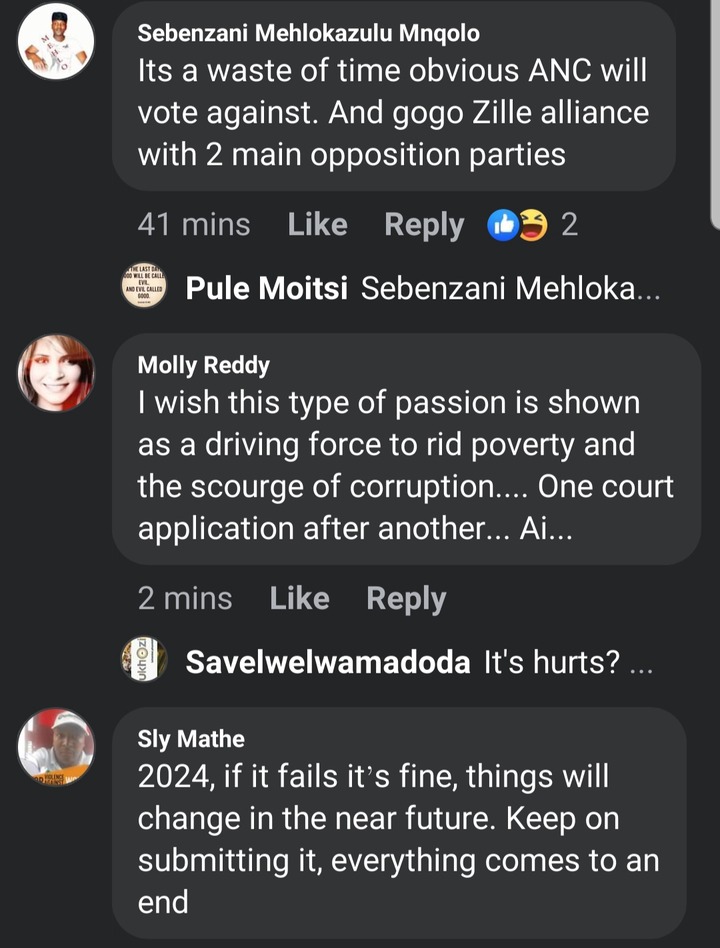 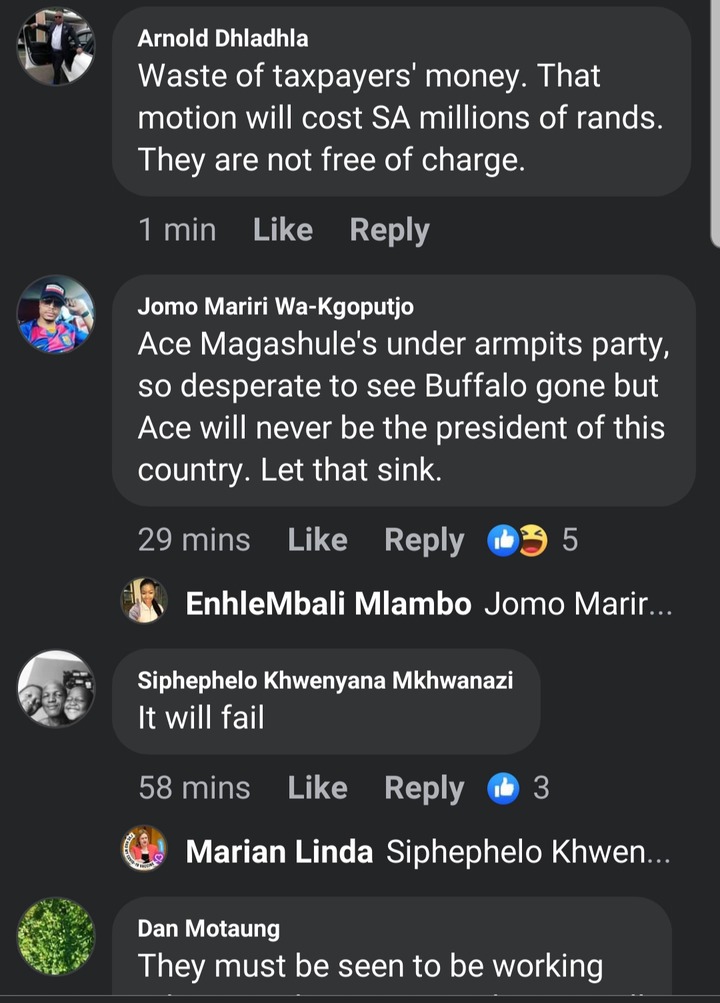 These are all the comments of the people who read the reports. Feel free to also comment on the ongoing motion submitted by the ATM.

In my opinion, I support the motion submitted by the ATM. The ANC has increased man if the expenditure in the country and things are not getting better, things keep getting worse. The ANC needs to initiate new measures to make things better for South Africans who are struggling every day.