Dali Mpofu has been quoted as saying that Ramaphosa should visit South Africa in his capacity as a citizen rather than the country's president. 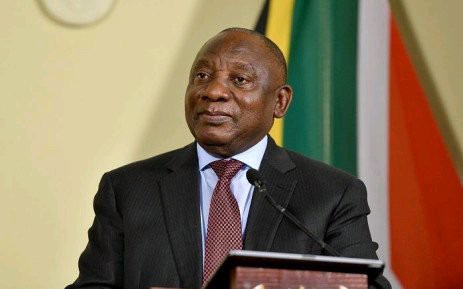 CAPE TOWN - The lawful delegate of the Public Protector is not ruling out the possibility of using constitutional means to compel President Cyril Ramaphosa to affirm before her denunciation request in Parliament.

Busisiwe Mkhwebane's request to gather him was denied on Wednesday by the Section 194 advisory panel.

Just recently, the State Attorney had brushed aside Mpofu's welcome, arguing that it would be improper to summon Ramaphosa.

And yet, Dali Mpofu has spoken out, saying he thinks Ramaphosa should act more like a regular citizen and less like the head of state.

Members of Parliament have stated that they do not see the legal instruction that there is no justifiable barrier for the President to be summoned to confirm to be relevant to proceedings.

Mpofu representing the Public Protector voiced his opposition to the board's decision on Wednesday.

"We are not naming him in that frame of mind as the leader of the country thusly, but as a resident, as an observer, like whatever other observer, who has entangled the Public Protector in direct which would be impeachable before this council," Mpofu said.

Before the panel excused the solicitation, he would have liked an opportunity to explain why he thought Ramaphosa's proof was so important.

"We will make whatever lawful strides are necessary to gain the presence of this key observer," Mpofu added.

On Wednesday, the tenth observer declared their support for the request, marking a significant milestone.

It has been 10 years since the massacre at Marikana, and the South African government has been criticized for not acknowledging the tragedy.

Abducted on his way to school, a sixth-grade CT boy was seized by six men.