With caption: "Cdes, Please Check If My Friend, Mbakz Is Ok!? I Just Noticed He Blocked Me When I Was Trying To Check Up On Him Myself." 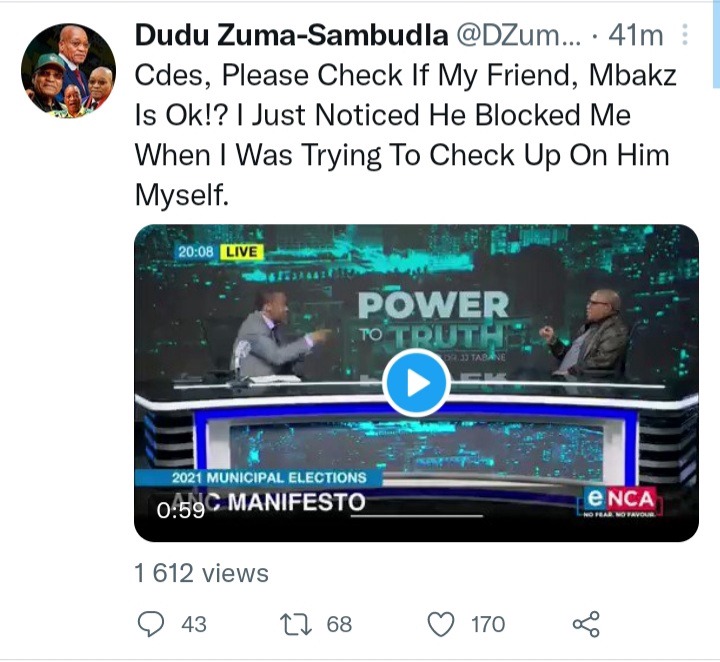 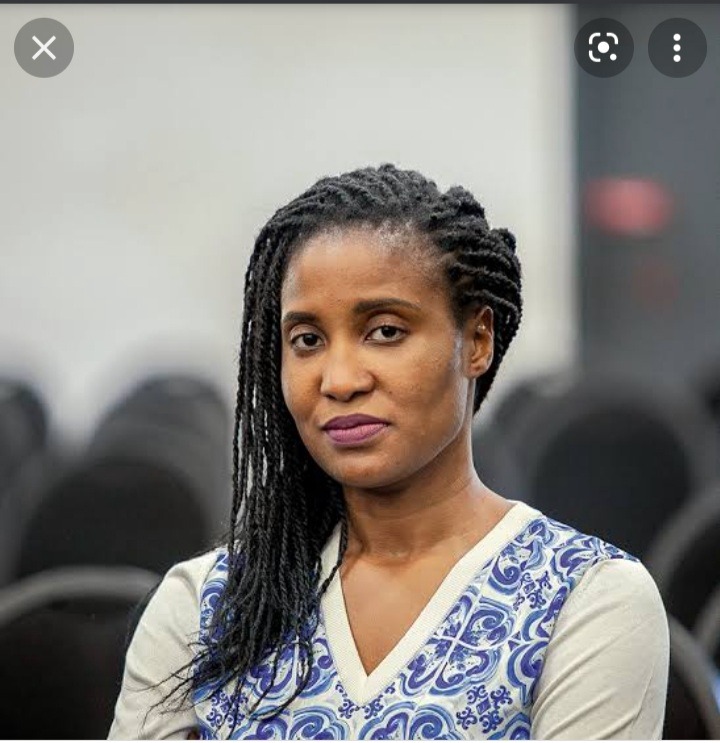 Tweeps have have grilled of Duduzile saying that she could have terminated the rest of the content of the interview. "I think it would be foolish of us to take at face value the edited version of this interview I believe the full interview would do probably reveal a clearer picture". Say tweeps.

Mbalula trying to defend the indefensible pathological liar. Who keeps on lying unprovoked under oath. Ramaphosa lied about lifestyle audit report, visit to Marikana, Eskom sabotage, fixing Soweto electricity, Bosasa donations, not knowing CR17 donors. It's a marathon of lies. Some think that he was going to be okay if he is not continuing to spread lies as usually. Failing to admit where they’ve failed. The simplest answer would’ve been: we’re working on it. Mjolo Will Show You Flames, Look What Her Boyfriend Was Caught Doing In Front Of Her

Popular Prophet Gives Strong Warning That “This December, Something Will Fall From The Sky”