The interesting part in the Zuma saga is that Afriforum, Helen Suzman Foundation and the DA.I cant recall them demanding for the following people: 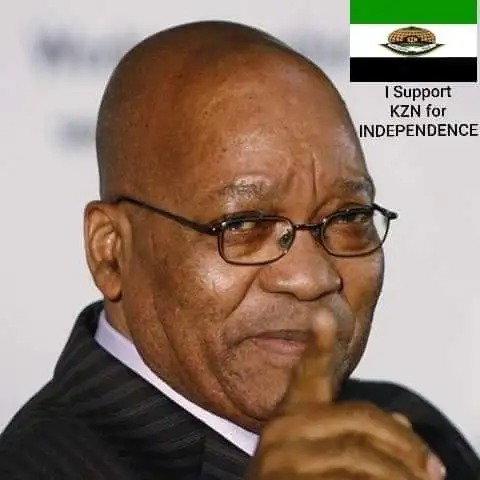 1.For Apartheid victims who came and testify at the TRC.

2.Mr DE Klerk lived peacefully without being chased by the groups I mentioned.

South African you must rember this whites called names afriform Helen suzman foundation and DA, are the ones that took Land owned banks mines in South African soil, but you continue support them when they them.

Any NGO that wants to see a 79years old African Freedom Fighter dying in Jail must be banned by ANC lead Government. We don't have time for Santanic Organizations.We will do every thing in our Power to defend the Father of Radical Economic Transformation.

Lastly Nxamalala The Father of Radical Economic Transformation, The People's President let me confirm that The Masses of this Country love and believe in you. We are ready to defend you legally so. We can't surrender you to visitors who have no respect to the owners of this land. We need them but if they hate us, let them Swim back home. I believe the impartial Judge will put your matter to rest as Africans are ready to give you moral support.

But when it comes to Zuma its another story.

Yes I agree Zuma is a criminal and we are all criminals too, but we can not let our black brother to be treated like this in South Africa, by people who don't even belong here.

ANC represents Peter = it'll deny Zuma again. Correctional services represents king Pilate= it doesn't want blood of the African king Mr Zuma on its hands. Protesters present the guy that drew knife and cut the ear of one of the soldiers that CAPTURED the messiah. WMC, afri-forum (EURO FORUM), CIA, Elizabeth, Rupert, Oppenheimers represent the HYPOCRITES that ran the church. Ramaphosa represents Judas. Magdalena represents the powerless poor people who will only mourn but can't do anything. The Judges, the advocates and the journalists represent the GUARDS that were bribed with money to suppress the TRUTH. Sheeple (Fools) will honor him when it's too late.

#Am not his supporter but am saying hand-off to Jacob Zuma.