Mzansi is left speechless after Julius Malema and Mbuyiseni Ndlozi secrets got revealed.

By Moonlight_News (self media writer) | 5 months ago

Julius Sello Malema is a South African politician and activist who founded the Economic Freedom Fighters in July 2013 and serves as its President and Commander-in-Chief. 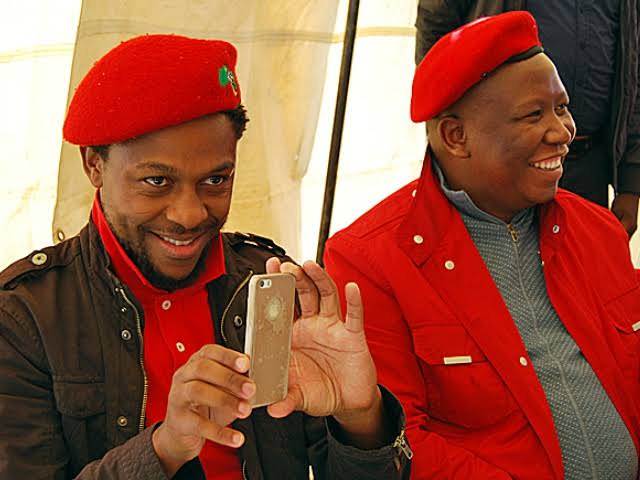 Mbuyiseni Quintin Ndlozi MP is a South African politician and political activist. He has been a member of the Economic Freedom Fighters in the National Assembly since 2014. He also served as the party's first official spokesperson until his resignation in 2020.

Their friendship is well-known, and one of them has even been charged with assault.

Venter, who is attached to the Presidential Unit and was in charge of access control on the day, claimed that the two assaulted him while he was still standing in front of the EFF vehicle, making a call to the venue operation center for further instructions after Malema insisted on entering with a car that was not permitted to enter the Fourways Memorial Park Cemetery, where icon Madikizela-Mandela was laid to rest.

He claims Malema and Ndlozi shoved him after he told them they couldn't drive into the graveyard. Venter testified in court that they shoved him so hard that he collapsed against the cemetery's gate.

Malema responded with a love emoji when Mbuyiseni tweeted a picture, saying he needs his dm, and Twitter went crazy.