"ANC Is Too Big To Fail And If The Party Collapses" Thabo Mbeki Warns South Africans. READ MORE.

By Pforsimple (self media writer) | 12 days ago

The former President of South Africa, Thabo Mbeki has made a staggering statement that got South Africans alert. 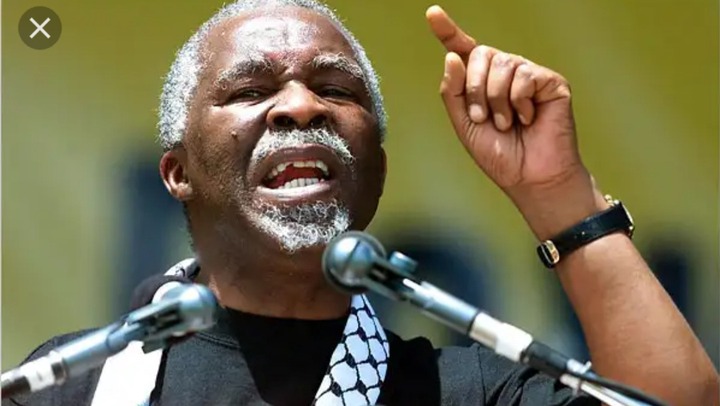 According to Thabo Mbeki, the ANC is the pillar of South Africa and citizen should not forget about it.Recently the ANC has lost many major cities and that has got the Former President Thabo Mbeki worried.According to the statement he made at a gathering of businessmen in Johannesburg, Thabo Mbeki is convinced that the country will collapse should ANC loses 2024 elections.South Africans are warned about the taking power from the ANC as it is a the party that is holding the whole country not to collapse.

"ANC is too big to fail" and that if it loses power, so will the country. 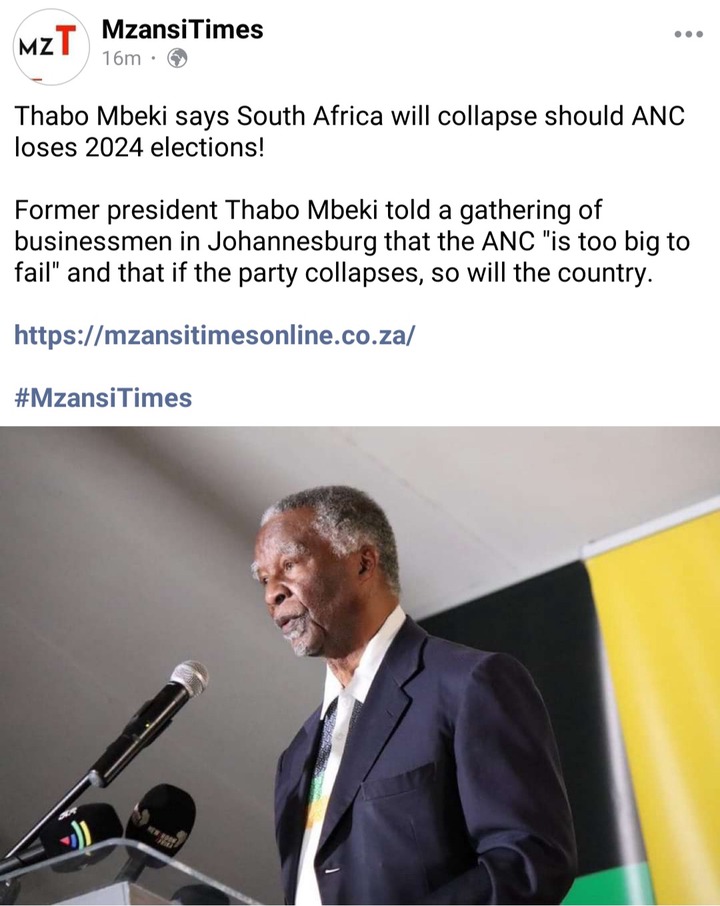 South Africans have decided to chance things and have voted out the ANC in most of the major cities.Parties also worked together to vote out the ANC and took their power since they want to try something new with other parties.It it believed that the ANC has been rulling for quite long yet nothing has been done in the country.Still, the ANC want to continue to run and even the Former President Thabo Mbeki made it quite clear that the country is held up by the ANC.

It is worry to the Former President Thabo Mbeki that it will be end of the country should ANC lose the 2024 elections.South Africans will have to keep in mind that the ANC it the party that is not suppose to lose power, it that happens then the country will collapse.

South Africans need to understand that by the 2024 elections, they have to vote for the party that shows to be doing well recently and keep their promises.A party that delivers for South Africans and not involved in any corruption.