By josethewriter (self media writer) | 6 months ago

Khusela Diko is a South African politician who has experienced both the good and ugly sides of life. The quadragenarian has held high positions in the kingdom's leadership, married a King, been accused of corruption, and died as a widow after her young spouse was killed. Her life, which had been joyful, rich, and hopeful before, now appears to be taking an unexpected turn. 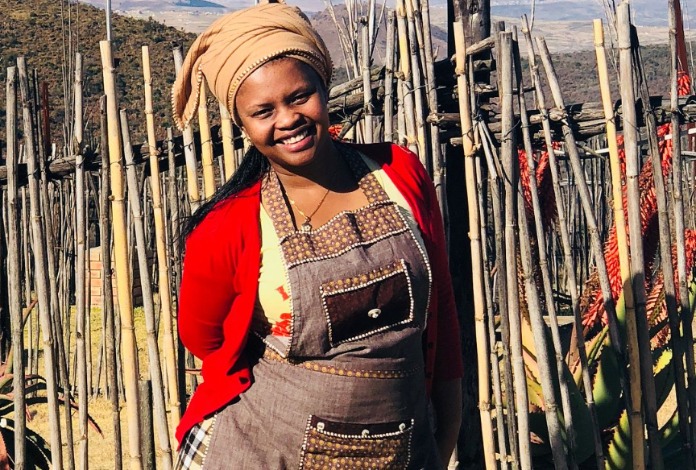 It's difficult to cope with the death of a loved one, especially when the person in question was your childhood husband. Diko lost her spouse just as she needed him the most, when their company, Royal Bhaca, was under investigation and her political career was on the line. At this moment, his death came as a huge shock to her, as she needed his help more than ever. For her, everything has been difficult. She is, nonetheless, a strong woman who is coping while regaining her footing.

Although it is stated that life begins at the age of 40, Khusela Diko's journey began much earlier. In 1979, Khusela was born into a wealthy household. Her father was a well-known lawyer who ran a practice that is credited with producing some of the top lawyers in the country today, and her mother was a teacher.

Her grandmother and mother urged her to pursue politics when she graduated from the University of South Africa (UNISA), where she studied Commerce for her first degree. She rose through the ranks of the ruling African National Congress (ANC), serving as a member of the ANC Gauteng Provincial Executive Committee, Chief Director of Communications for the Gauteng Provincial Government, and eventually the President of South Africa's spokeswoman.

The most remarkable aspect of Khusela Diko's political career is that she achieved all of her political goals in South Africa before the age of 40. And the fact that she has succeeded despite being a woman in a male-dominated political field shows that success is possible if you put in the effort.

What's even more incredible is that she married into a royal family and became a queen before turning 40. This reminded me of a Disney movie scene. Until life intervened, she had a flawlessly sculpted future in front of her eyes. In an instance, Diko went from one of South Africa's most influential female politicians to a political outcast. She moved from being a queen to being a widow after marrying a young ruler. She is deserving of an Oscar award for her handling of these dreadful and terrible circumstances. 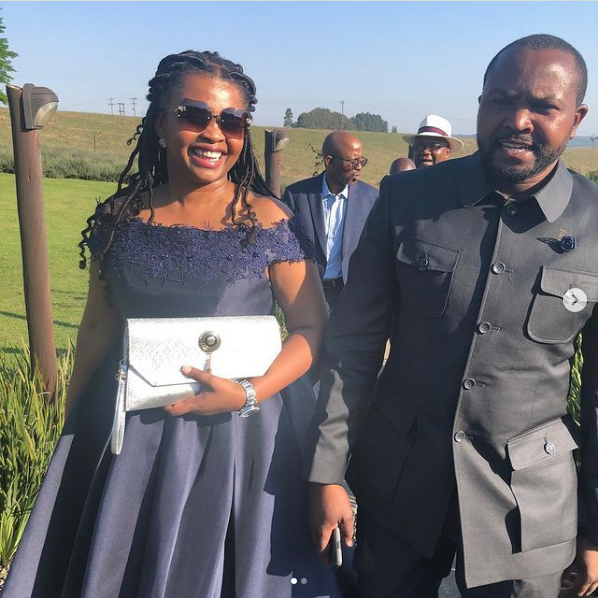 Everyone was shocked when Khusela Diko's wife, Nkosi Thandisizwe Diko, died. He was only 42 years old at the time, and no one could have predicted his death. His wife appeared to be in agony, as sad and heartbroken as anyone could be.

Rethabile Matolweni presented a tribute she wrote for him during his memorial service, describing how it was the most difficult letter she had ever written and how the news of his death had crushed her heart into a million pieces. He vowed she would never be abandoned, and she never anticipated him to abandon her so swiftly, she said.

She went on to add that her husband lived his life as if it could end tomorrow, and that she had spent seven years with him in love. Apart from herself, everyone else had nothing but positive things to say about him. Khusela Diko has been silent on Instagram since his death, and she hasn't posted any photos as she typically does. She seemed to be still trying to put her life back together.

In December 2018, Khusela Diko married her late husband in a traditional ceremony that was hailed the "Wedding of the Year" by many. The two-day ceremony began on December 14th in Khusela's village of AbaThembu and ended on December 15th in KwaBhaca, her husband's hamlet.

Individuals in both kingdoms refer to their wedding as more than just a union of two people; it is the reunion of two previously feuding kingdoms. The bride and groom, as well as the guests, dressed in traditional wedding attire.

The wedding was attended by major political heavyweights such as the then-Deputy Minister of Cooperative Governance and Traditional Affairs, the Minister of Public Works, ANC elites, and royalties from around the country. Her lobola was taken two weeks after the wedding for an undisclosed amount, despite the fact that it held 24 animals. The criminals were swiftly apprehended and arrested.

We don't know how they met, but we know it happened three years ago.fore their conventional wedding and that they were legally married two years before tying the knot. Furthermore, no information concerning the couple's children has surfaced since their wedding.

Many people know Nkosi Thandisizwe Diko as Khusela Diko's husband, but few know that Chief Thandisizwe Diko II was the reigning king of AmaBhaca before his death, having ascended the throne as the Bhaca kingdom's king in April 2010.

After being one of the receivers of an inflated R2.2 billion COVID-19 PPE procurement, Nkosi Thandisizwe Diko's company, Royal Bhaca, was accused with corruption in 2020. The Gauteng Department of Health allegedly compensated his company for an R139 million increase in PPE pricing. Thandisizwe Diko, on the other side, has strongly denied the allegations.

While the investigation was still ongoing, his death was reported in February 2021. According to accounts, he died after a brief illness in an East London hospital. Despite the fact that the number of children he had with Khusela is unknown, his son delivered a eulogy at his funeral. We don't know if Khusela Diko or someone else gave birth to him.

After succeeding Jacob Zuma in March 2018, President Cyril Ramaphosa reshuffled his cabinet, naming Khusela Diko as his spokeswoman. Despite having studied business at university, Khusela Diko had prior communication experience, which helped her land the job.

Khusela Diko's nomination is due to her extensive service with the African National Congress (ANC), where she worked as a communication manager before being designated president's spokesman at the Union Building. Before joining the ANC, she worked for the Gauteng Provincial Government as the Chief Director of Communications.

At the age of 39, she had already been elected to the ANC Gauteng's Provincial Executive Committee and Provincial Working Committee, the province's highest decision-making body.

She was forced to take a special leave due to concerns that her participation in the Gauteng Department of Health PPE tender benefited her husband's company in obtaining the contract. Despite the fact that she is still suffering the loss of her marriage, inquiries into her guilt are still proceeding as of this writing.