The Economic Freedom Fighters (EFF) has vowed to take to the streets should the government grant a state funeral to the late former president of the apartheid South Africa, FW de Klerk. EFF is refusing to call called De Klerk as our former president. This a man who ordered black people to be shot in the head. 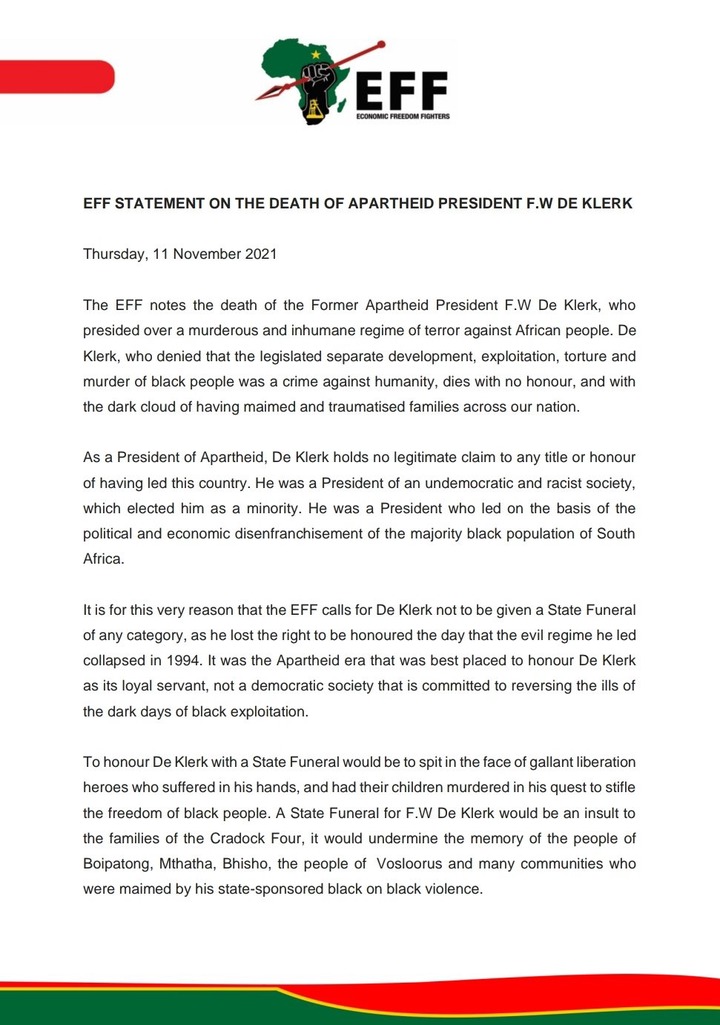 Knowing what he did I bet that he declined a state funeral before his death and his family couod have already organised a private send off. The EFF is one of the parties that have criticised de Klerk for his part in upholding the apartheid regime. 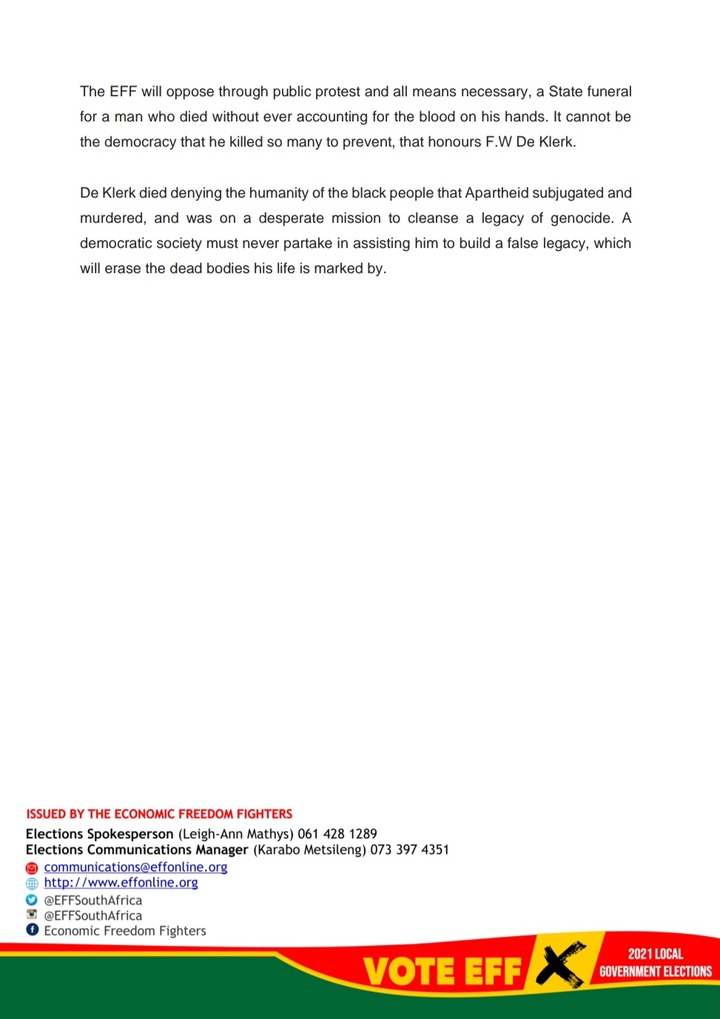 In a statement released by the party on Thursday evening, the EFF says it will oppose “a state funeral for a man who died without accounting for the blood on his hands.”

The EFF were praising Robert Mugabe government who killed more than 250000 people in Zimbabwe . Deklerk was a better apartheid president he is the one who made crucial changes that made us to attain democracy. I'm not saying he is innocent but we shouldn't despise his effort in ending apartheid.

2. He released Mandela from prison

3. He Ordered the 1991 referendum that ended apartheid.

4. He ordered the first democratic elections in 1994.

5. He accepted defeat after losing to the ANC. By so doing he elevated the rule of law above himself. 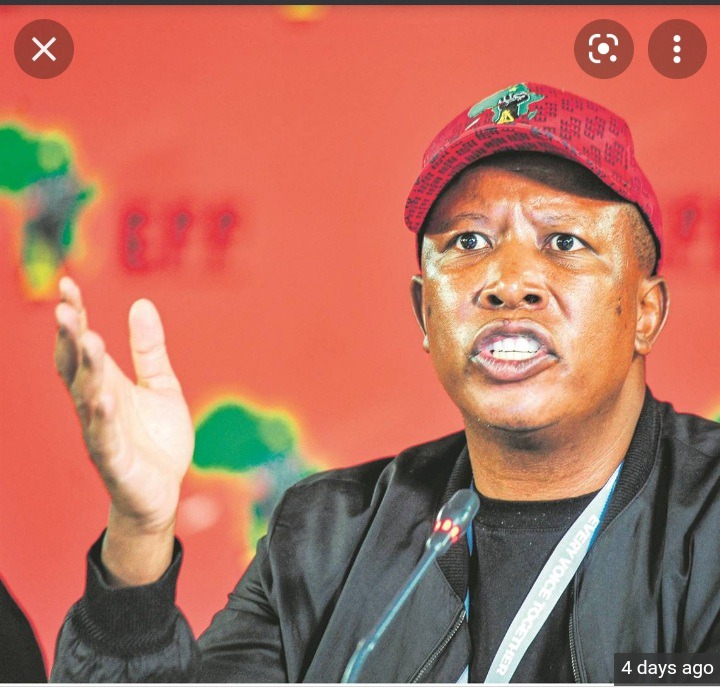 He's hated by many but I respect and applaud him for making the most difficult decision in his political career, to end Apartheid, prevent civil war and lay a foundation of democracy.

My view, let the passed be the passed. It’s about time all South Africans stand together for a better future, if not for us, then for our children and their children. He also had a hand in ending apartheid. So even with that he is still hated. The ANC also caused the death of people with the bombs they planted yet that is celebrated. Innocent people killed for having breakfast.

The families who still don’t know where their loved ones were buried, what should they do? Let passed be the passed? Kids who grew up with their fathers, and some who never saw their fathers because of him, what should they do? I can understand why he is hated. I disliked his party imensly. I just done believe we should label people, whites or blacks. We are all human and I do believe the majority want a good peaceful life with a bright future.