By WeOfferNews (self media writer) | 6 months ago

The DA notes with sadness the passing of former State President and Nobel laureate, FW de Klerk, at the age of 85 in his home in Cape Town after a battle with cancer. Mr de Klerk’s contribution to South Africa’s transition to democracy cannot be overstated. His decision, within a year of taking over the presidency from PW Botha in 1989, to unban liberation movements, release Nelson Mandela from prison, lift the ban on political marches and begin the four year negotiation process towards our first democratic election was a watershed moment in our country’s history. De Klerk also took the decision to dismantle the country’s nuclear weapons programme. These things were not considered possible under any of his predecessors 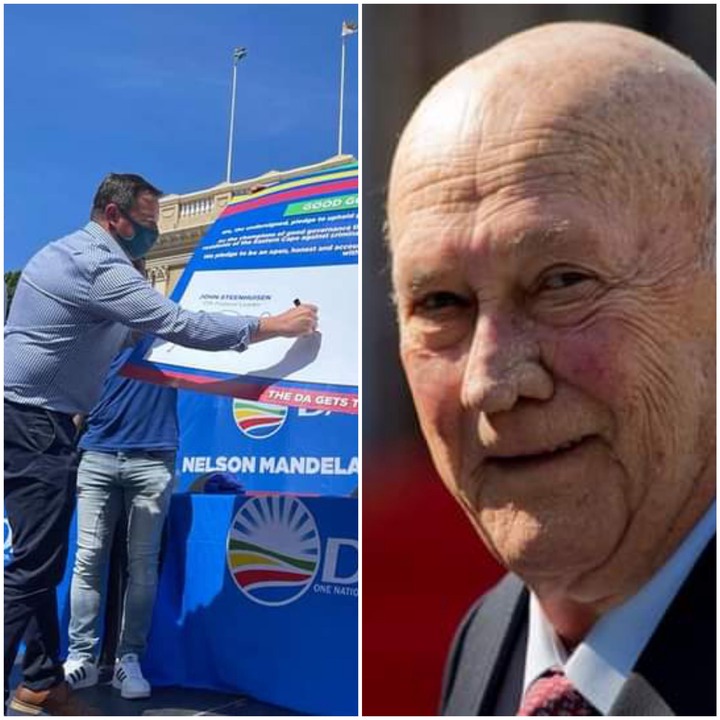 Importantly, he was also able to bring the majority of white voters along with him, and this played a critical role in ensuring that the transition happened peacefully and that the 1994 elections, as well as the constitutional negotiations, were embraced by all South Africans. This process required calm heads and responsible leadership on both sides of the table, and it was fitting that both he and Nelson Mandela were honoured in 1993 with the shared Nobel Peace Prize. Swapping the presidency for his new role as leader of the official opposition, de Klerk continued to play a pivotal - and robust - leadership role in Parliament, as well as in the Government of National Unity, where he served as Deputy President under President Mandela.

He continued this work through the FW de Klerk Foundation, which he established in 1999, and which sought to further democracy, accountability and constitutionalism, as well as supporting a number of charities that care for disabled and disadvantaged children. The DA extends its deepest condolences to the de Klerk family - his wife, Elita, his children, Susan and Jan, and his grandchildren. May they find strength and comfort in this difficult time. And, rather than dividing our country, may his passing and his memory make us even more determined to work towards a united South Africa ~ John Steenhiusen 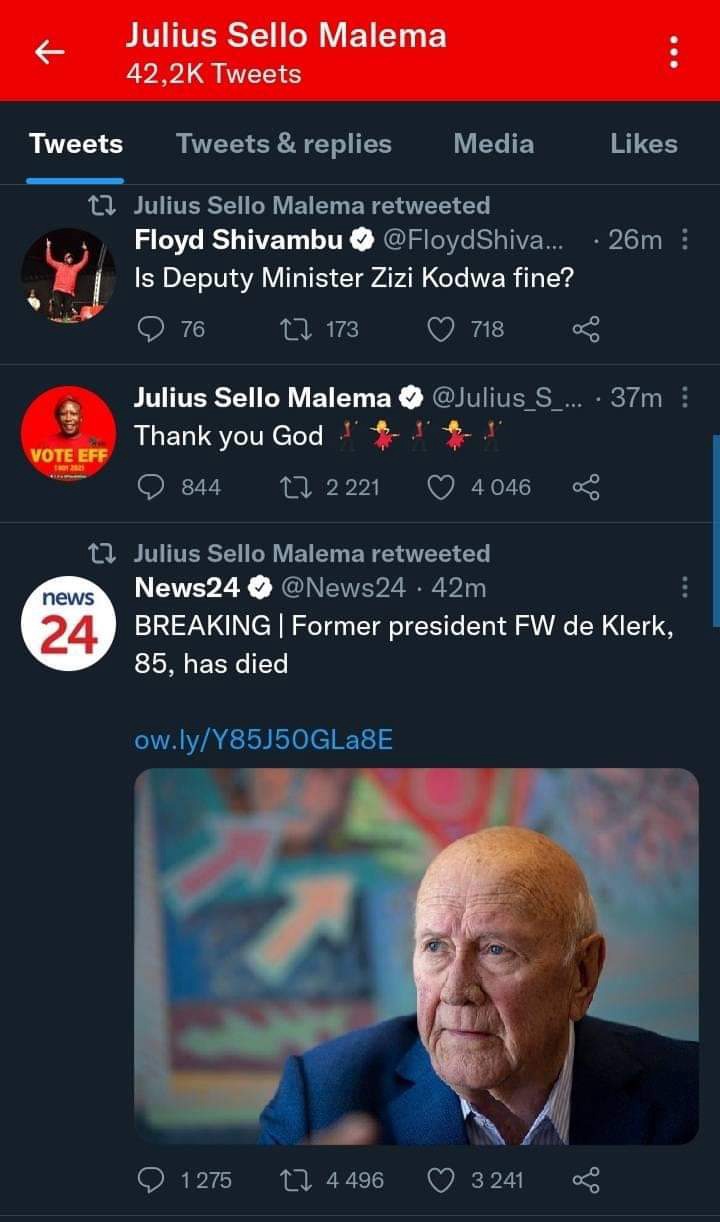 Well, even through all this hate I read, I strongly doubt the ANC leader will ever be as honorable as FW to step down and give over power to the victorious political party in the next national election. Say what you want, he had more honor than any ANC president after Mandela. He will be remembered for the contribution he made in changing political landscape in South Africa, condolences to the family and friends may his soul rest in peace