African National Congress (ANC) head of races Fikile Mbalula says there is nothing off about previous party pioneers helping the decision party during races. 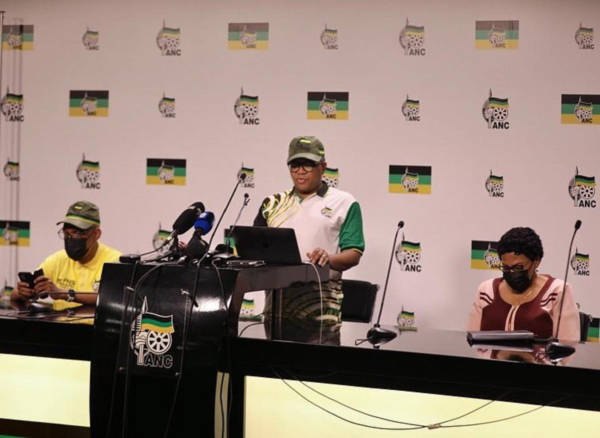 Malema said in a media instructions on Thursday evening that President Cyril Ramaphosa was not a gifted moderator and asserted it was Zuma and Magashule who guaranteed that the ANC held control of eThekwini metro.

Mbalula said while there was nothing off about previous pioneers helping the party, the assertion was made to additional separation the party.

"Presently you come to us and say after difficult work and everything, a portion of our confidants and our chiefs have helped, however, you're displaying that intentionally on the grounds that you need to partition this ANC and we should come here and impugn Zuma. Assuming Zuma did that as our previous president it's alright. What's going on with aiding the ANC? You need the ANC to battle," said Mbalula in media instructions.

"This thing whether Ace Magashule or whoever helped whoever isn't an issue. However, you have placed it in the headlights since some gathering that calls itself RET should feel better and we should go to a public interview and react to Ace and Zuma. Zuma said before the decisions that he would decide in favor of ANC and approached individuals to decide in favor of the party. There was no issue with that. I saw Magashule offering expressions that he was soliciting in the spaces that he was at. It's his own volition, for what reason would it be a good idea for us to stop him? We didn't order him since he's suspended and should sit at home. You talk about names since you need us to be partitioned and face trivial conflicts. Assuming Zuma did that as our previous president, it's alright. What's up with aiding the ANC?"

Mbalula put the ANC's terrible showing in KwaZulu-Natal on various issues including the Shembe church's aftermath with the party and the Zuma capture.

"Our numbers have dropped in eThekwini and that is the reason there is an alliance. Much thanks to you to the more modest ideological groups and the initiative of the territory driven by Sihle Zikalala. Also, thank you to our confidants in eThekwini, where they confronted the test of solidarity inside the ANC. We will chip away at that with our friends there. Assuming there are other ANC pioneers who helped, it's generally welcome. We don't in all likelihood dislike that, yet we realize this was a result of days and long evenings."

For more news your way

There's nothing wrong with Zuma helping ANC - Mbalula — The Citizen