When one talks about the Mkhize family, the first thing that comes to mind is the former minister of health Dr. Zweli Mkhize who was reshuffled by the president after the dubious scandal of Digital Vibes emerged, where it was alleged that he benefited personally from that contract that was given to Digital Vibes. However, the minister has maintained that he is innocent and has since been trying to clear his name and he has not been successful so far. 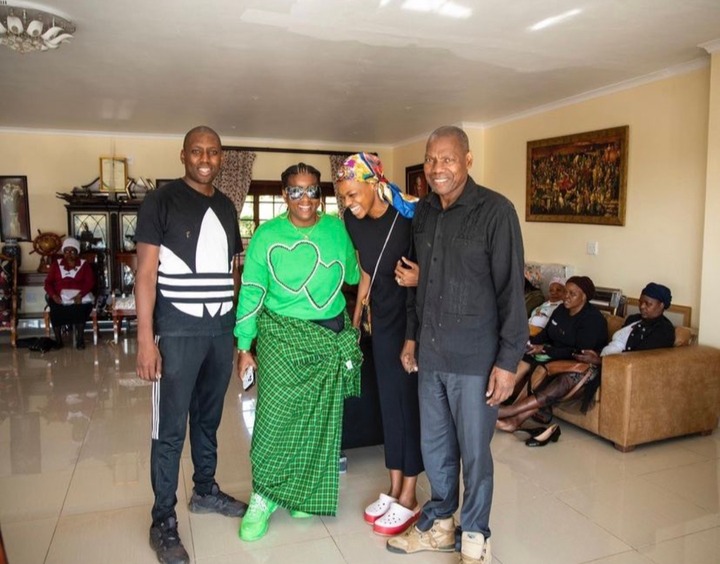 But on a different twist event, South Africans went into shock when they learned that Mamkhize is the daughter of Zweli Mkhize and this was after she called Zweli Mkhize her father. People have since been trying to understand whether indeed Zweli Mkhize is her father. This was after she ensured that she unite the family as the big sister and she said this was done ahead of this week's festivities. The fact that Zweli Mkhize and his son Dendani we're not on good terms was not sitting well with her and she had to unite them. It seems like the fall out started when Dendani was told to pay back the money that he received from Digital Vibes. 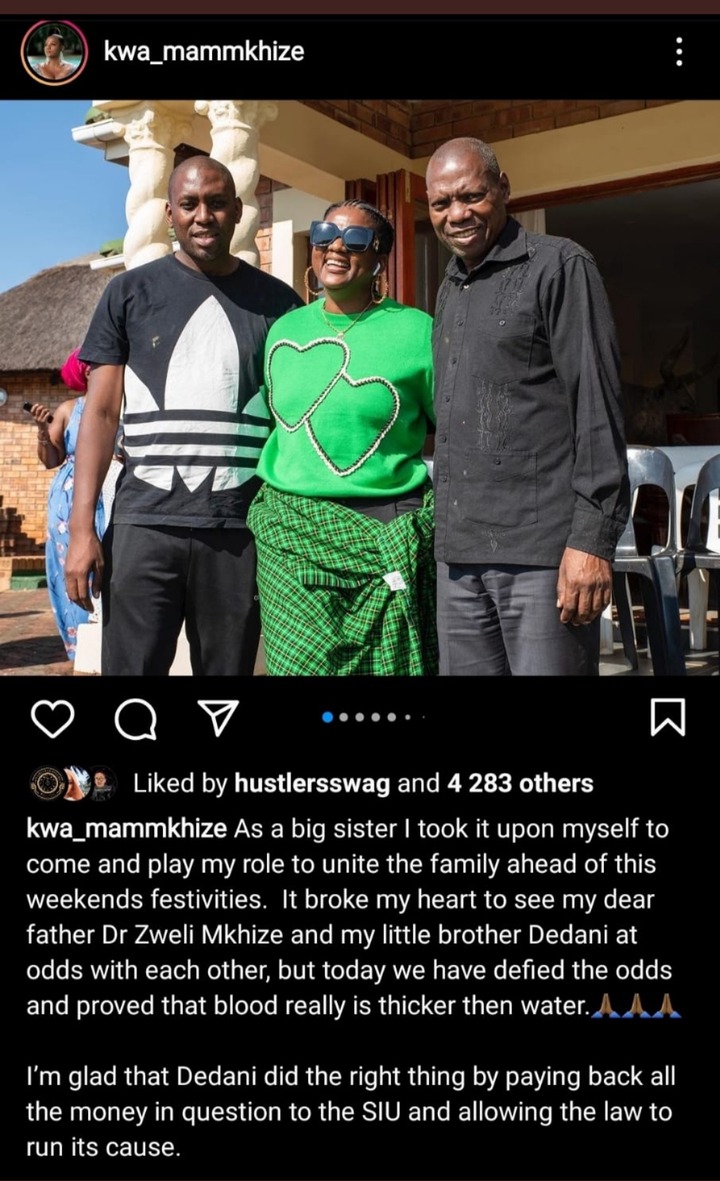 " As a big sister I took it upon myself to come and play my role to unite the family ahead of the weekend festivities. It broke my heart to see my dear father Zweli Mhkize and my little brother Dendani at odds with each other, but today we have defeated the odds and proved that bloood is really thicker than water"

But just to make people be at ease, Zweli Mhize is not mamkhize's father. The Royal AM owner’s parents Sipho and Florence Mkhize passed away.

Her mother Florence was an ANC councilor in eThekwini and passed away in 2008. Sipho, her father was killed by a policeman in 1991. However, the former health minister may be related to mamMkhize as they share the same surname.

Her mother Florence was an ANC councilor in eThekwini and passed away in 2008. Sipho, her father was killed by a policeman in 1991. However, the former health minister may be related to MaMkhize as they share the same surname.

When A Fishbone Get Stuck In Your Throat, Follow these 5 Ways To Get Rid Of It