By MrFunNews (self media writer) | 2 months ago 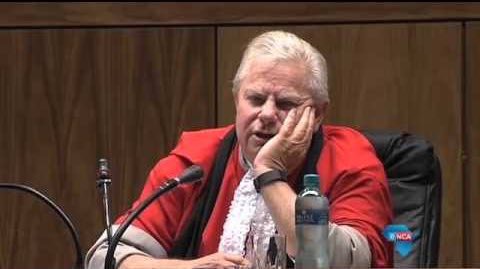 This surely did not come as a surprise because there was no way that the public would have let president Cyril Ramaphosa get things his way.

And it is interesting that this was not given the attention that it deserved, one would say that Ramaphosa has it all figured out, even now that we have just found out that Judge Colin Lamont has decided to recuse himself. 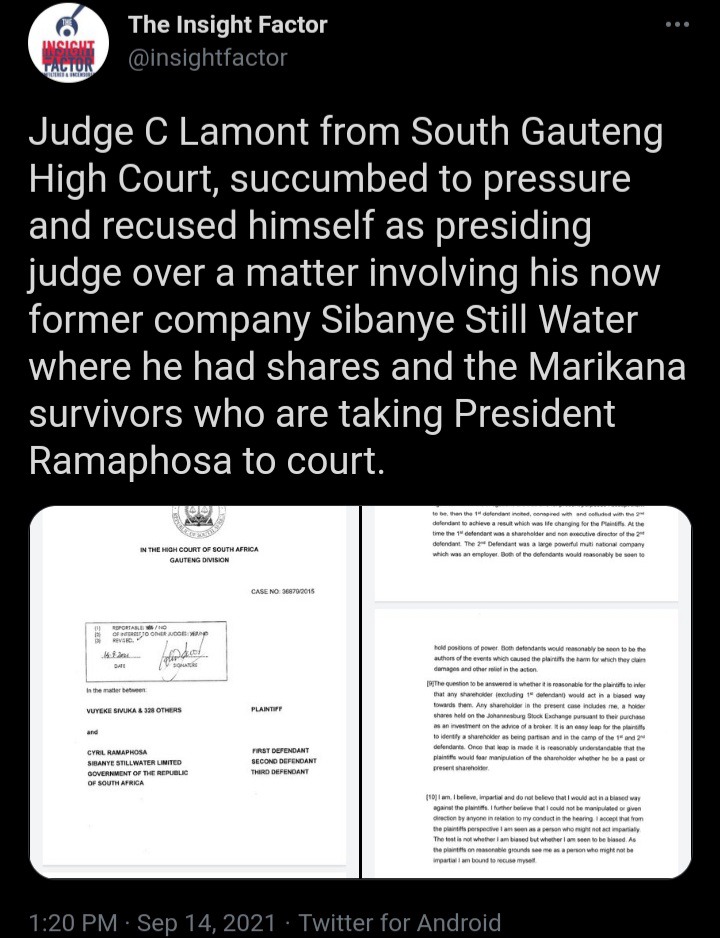 This was meant to be one of the biggest stories and people should have had as many questions about this as they do when it comes to matters concerning other senior members of African National Congress (ANC).

But, things are slowly changing, people are not convinced that the media in this country is on the side of the people. What this means is that, this has to be pushed by ordinary citizens, so that people see their president for what he truly is.

Some time ago, we got to know that judge Lamont was presiding over the Marikana case and he had shares with Sibanye Stillwaters. Lamont was asked to recuse himself because of that, but it seemed like he was a bit hesitant and probably thought that there was a way to fix the problem.

The judge thought that he would sell the shares and continue presiding over the Marikana case, but he was in for a huge surprise.

Because Lamont initially refused to recuse himself, we had people mentioning how things would have been different if it was a black judge who was in that position.

There was pressure from the public and the only way there was going to be progress was if Lamont recused himself and he did that. And people are quite pleased with this outcome, but does this necessarily mean that things will go as expected? 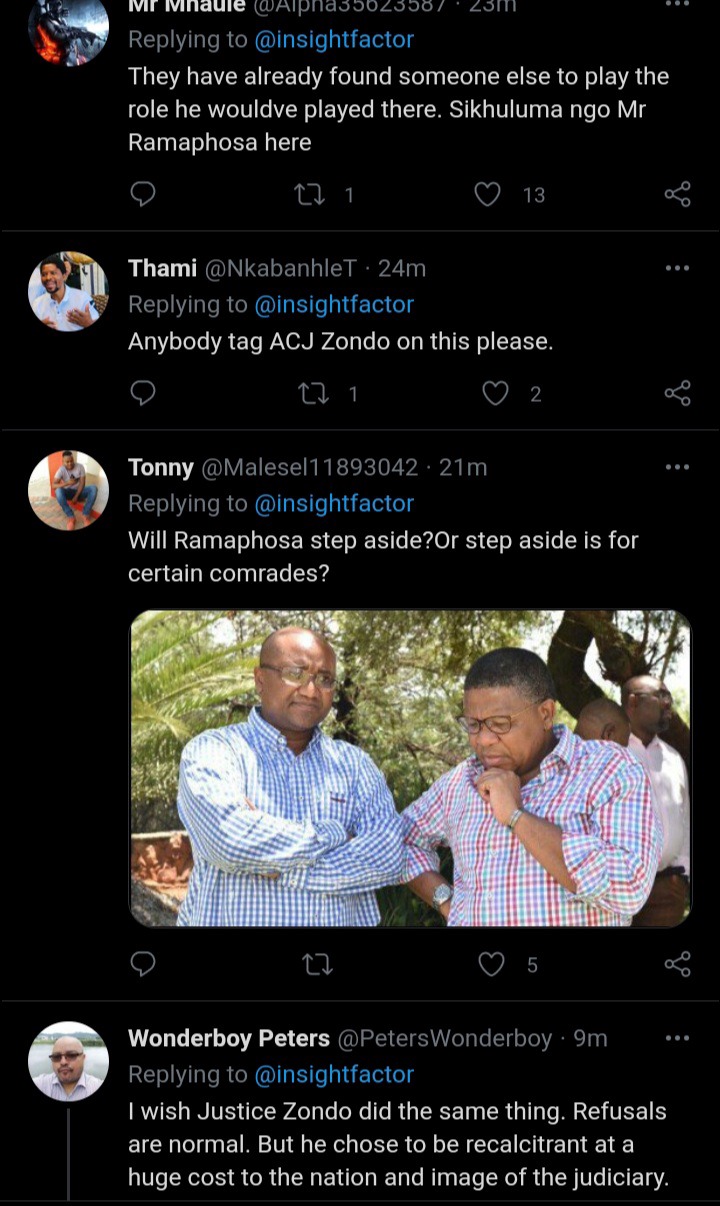 There were people who welcomed this, but there were also people who seem to suspect that there is someone who will play the role that Lamont was meant to play.

Now, there is a lot to this because people do not trust judges at this point and this has to do with how our judiciary is viewed, people are always questioning the integrity of the judges in the country. 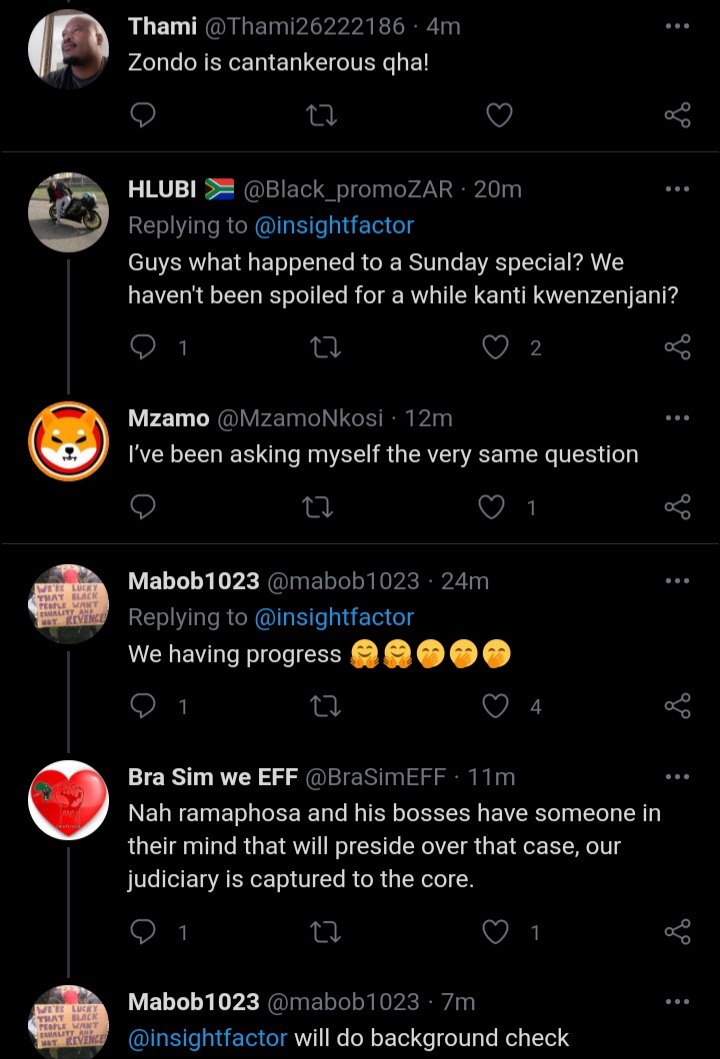 What is interesting now is how some people have started asking whether Ramaphosa will step aside and this just shows that people have had enough of his reign.