A video that is currently being circulated on different social media platforms shows a crazy cow munching all the campaign posters on the wall, as people took it for a sign that even animals are not happy with politicians in South Africa. In the viral video, the cow could be seen tearing down the posters from the wall. These are campaign posters for the upcoming November 1st local government elections. People could be heard in the background laughing as the cow voraciously consume the posters on after another. A lady who reacted to the video said that these animals are already giving South Africans signs, and they should not blame anyone when things go wrong if they vote the wrong candidates. Some people declare that it is a bad omen for the cow to eat up the campaign posters when there are grasses nearby. Some people confirm that cows do eat these but only when there is draught, but now it's not draught time and the campaign posters are being eaten up! 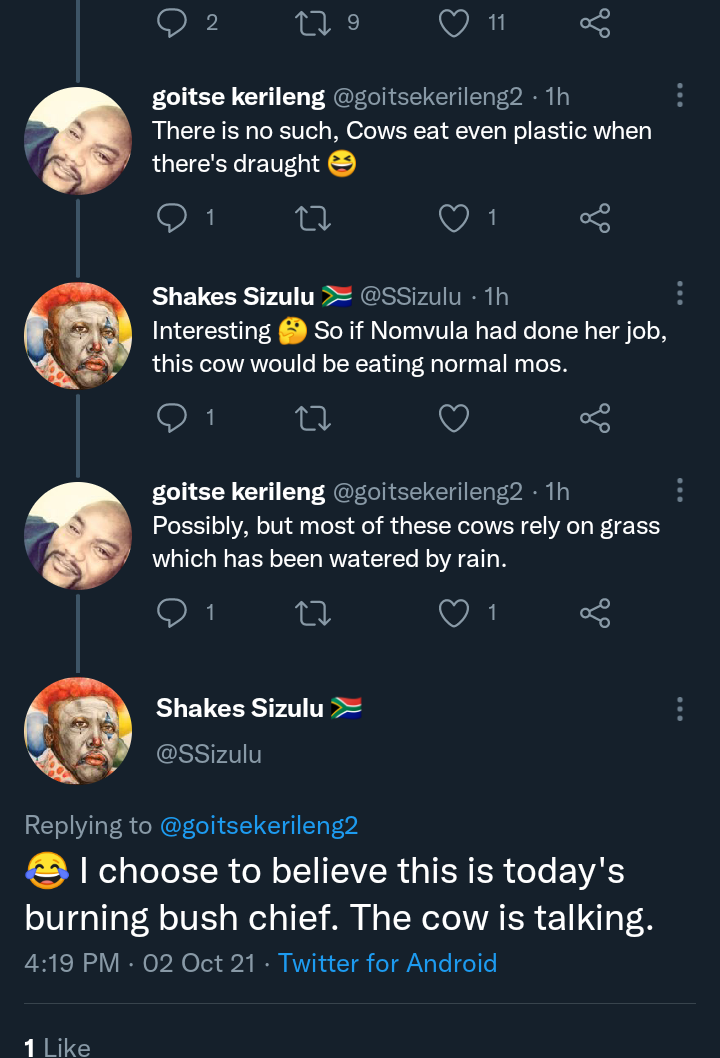 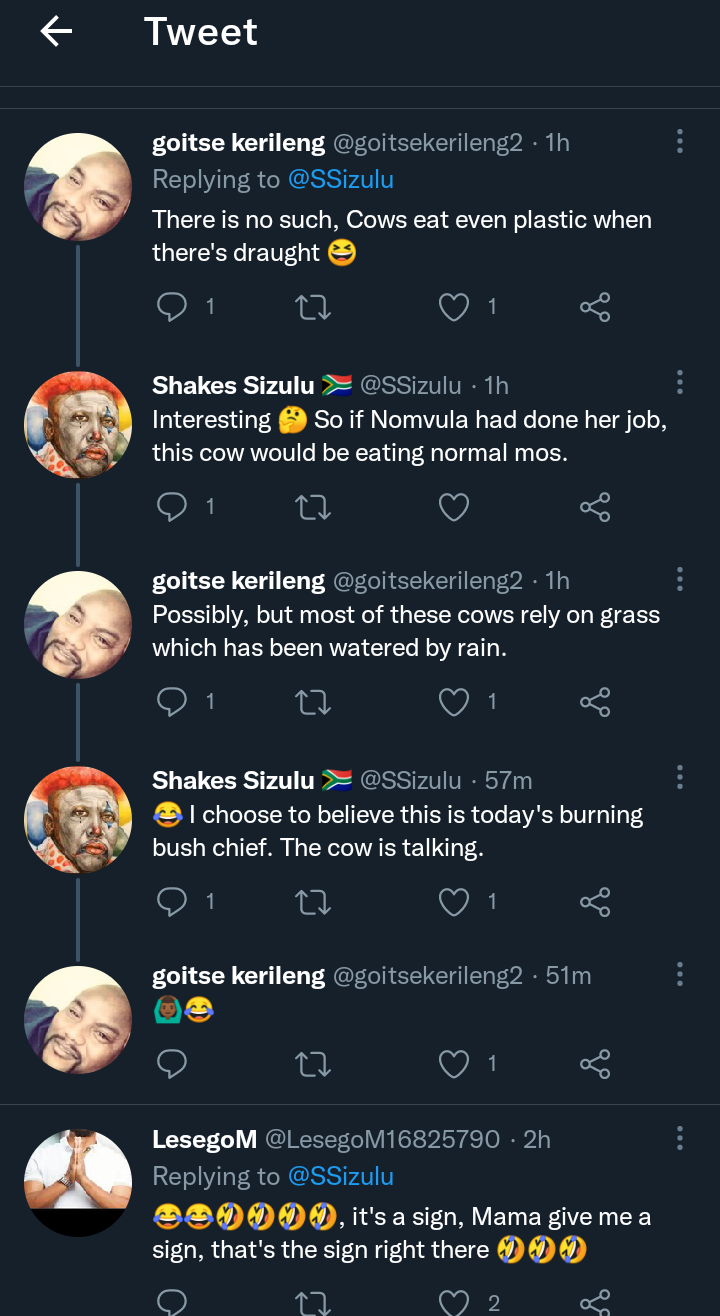 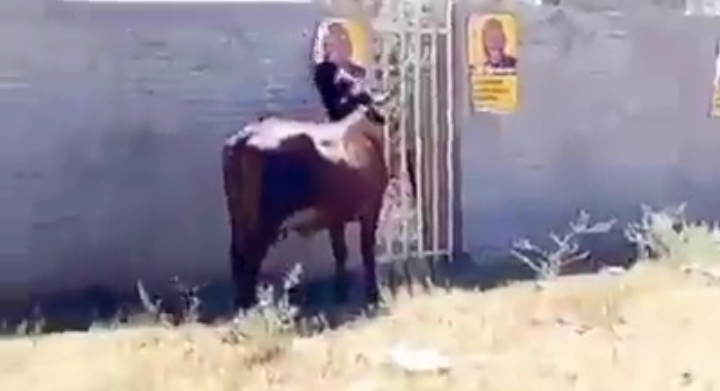 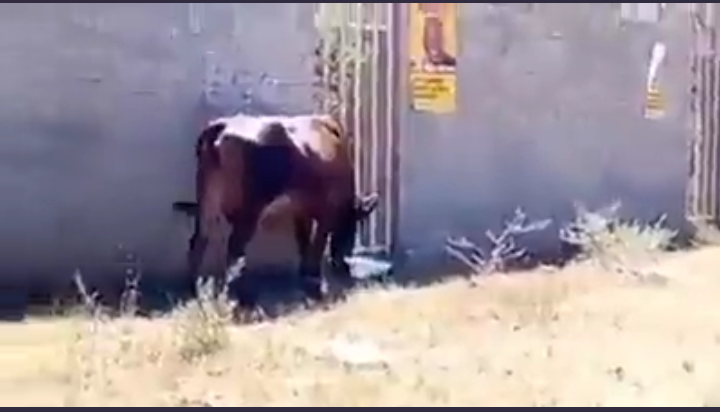 Many people have shared the video as a way of mocking South African Politicians, saying that if the politicians have done their jobs, the cow will not be angry with them and eat up their campaign posters. Others commented that the cow is doing South Africans a great deal of favour, saying that they are tired of these politicians scattering their posters everywhere and after elections, they are nowhere to be found. Someone even said that the cow is doing a groundwork for the people. He wrote on Twitter, “The underground gang is trying to tell us something. Interesting. So, if Nomvula had done her job, this cow would be eating normal Mos. I choose to believe this is today's burning bush chief. The cow is talking”. Many people are asking why the cow will choose to be eating posters when there are pastures there. The cow is even tearing the posters down. The posters did not fall on the ground. Another person while tagging notable politicians said, “The universe is giving us signs @MbalulaFikile @JohnMphatsoe”. The link to the video is posted below, you can watch it and see for yourself. 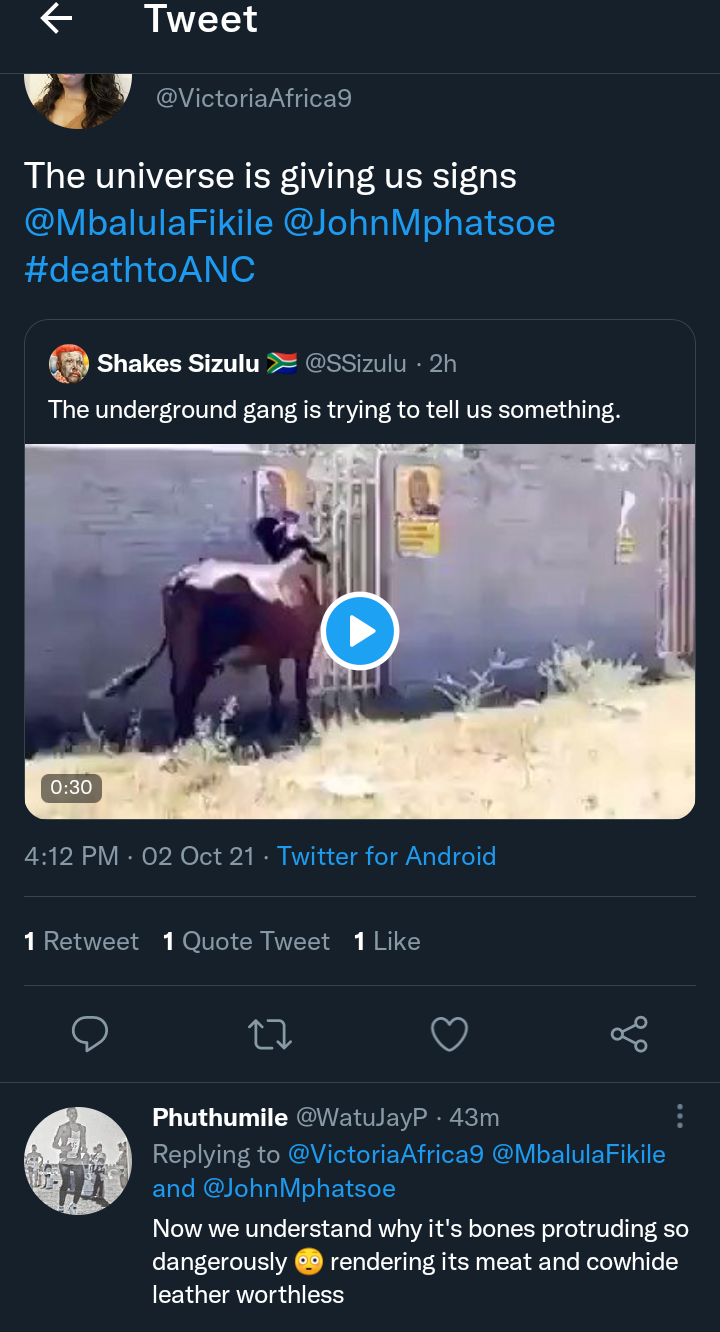 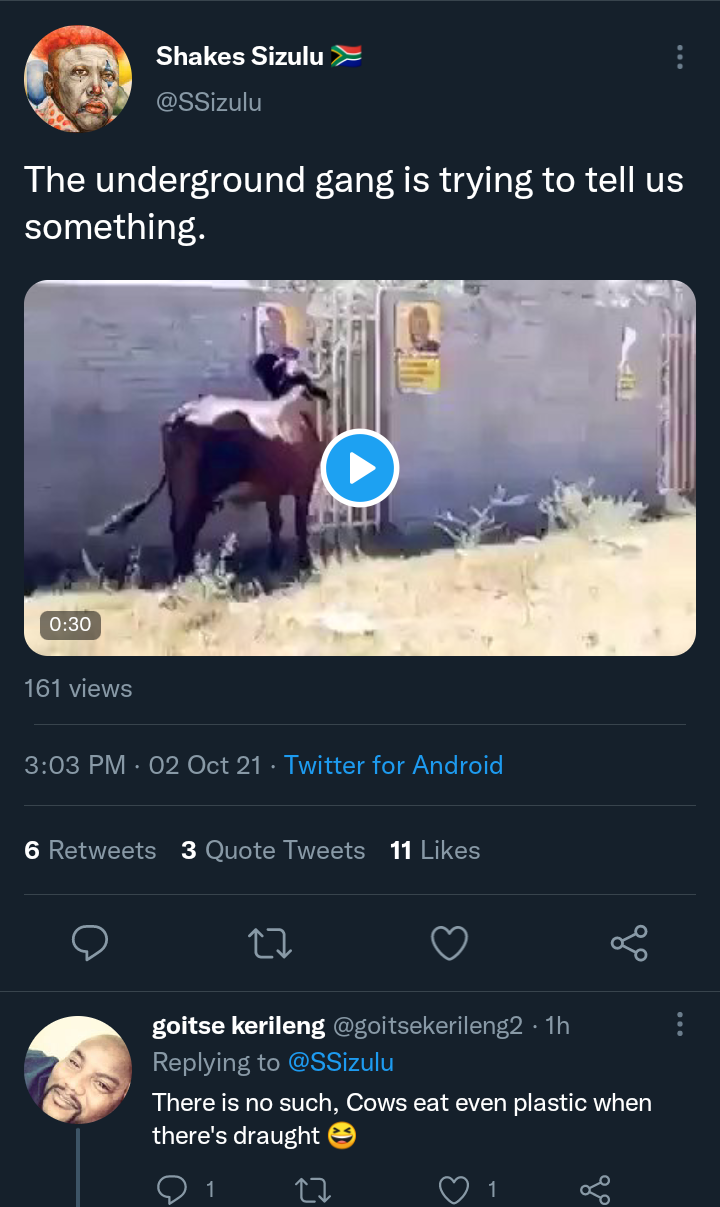