Vuyo Zungula of African Transformation Movement (ATM) is angry with the happenings in the government, and he is insisting that South Africa is cursed with a weak government. Zungula who is also asking that the Democratic Alliance be removed from the ballot paper over a racist statement, took to his Twitter handle to lament the sorry State of the government. He said, “Still baffles me how British Airways has domestic flights in SA, but SAA doesn’t have domestic flights in Britain. SA is cursed with a weak government”. Vuyo Zungula who is always advocating for the deportation of illegal immigrants back to their respective countries is a vocal critic of President Cyril Ramaphosa and his administration as well as the policies of the ruling ANC political party. 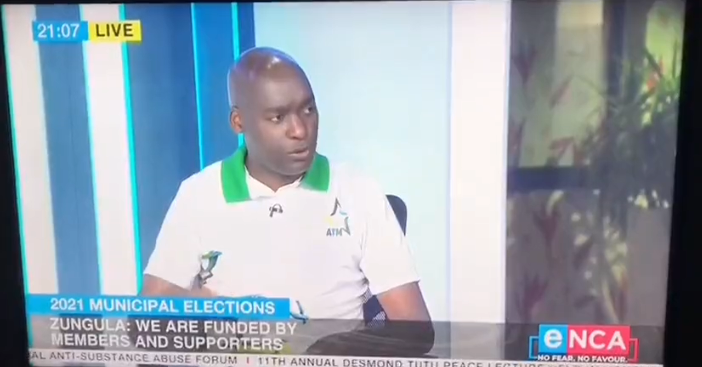 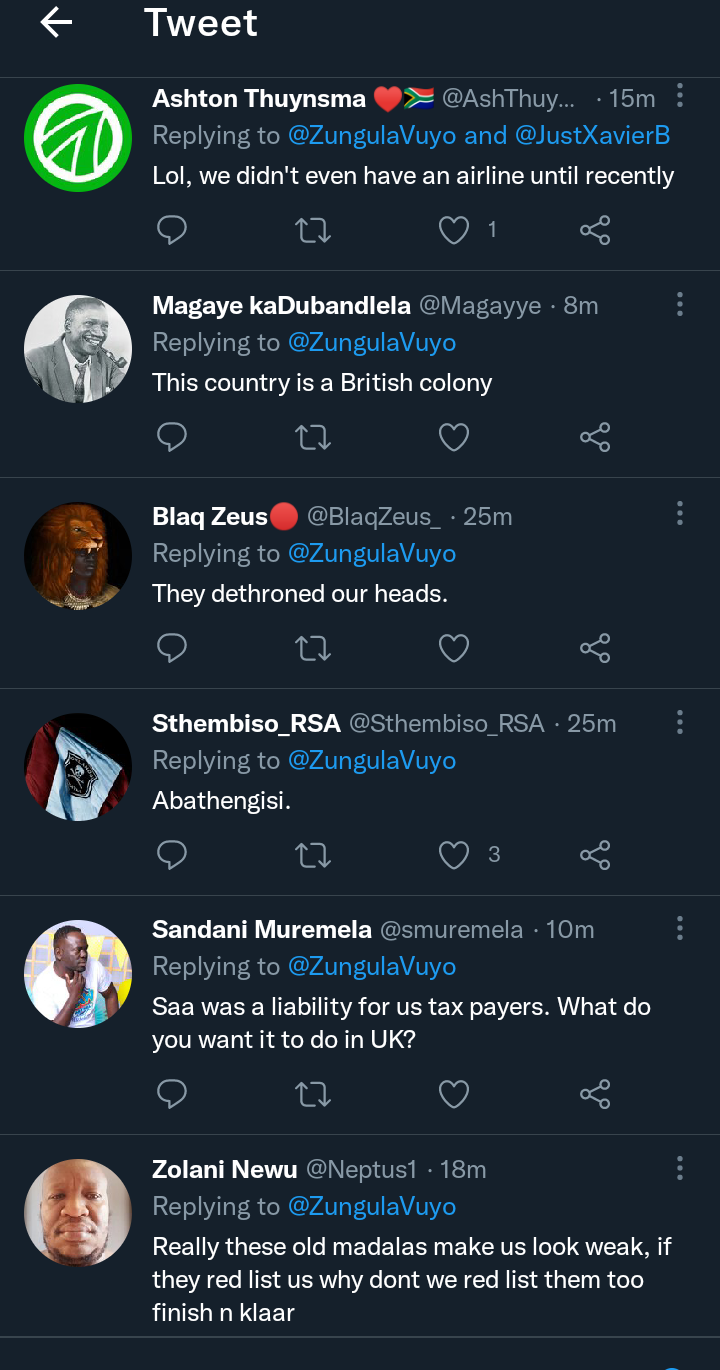 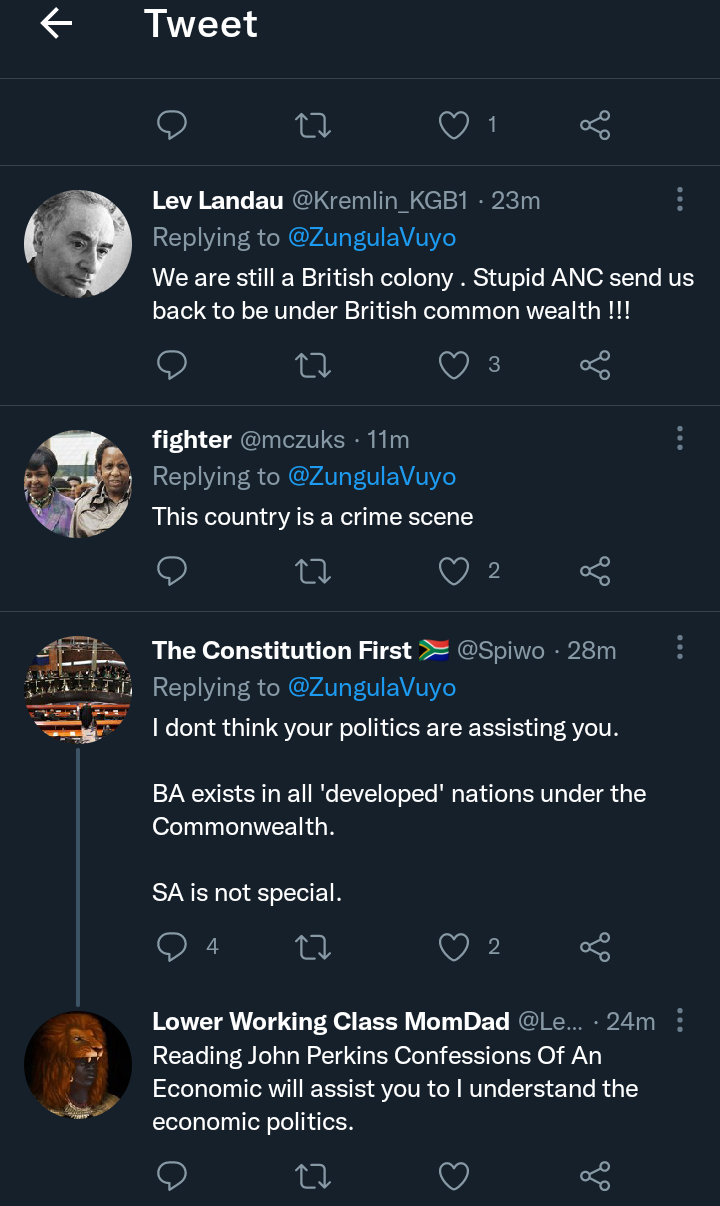 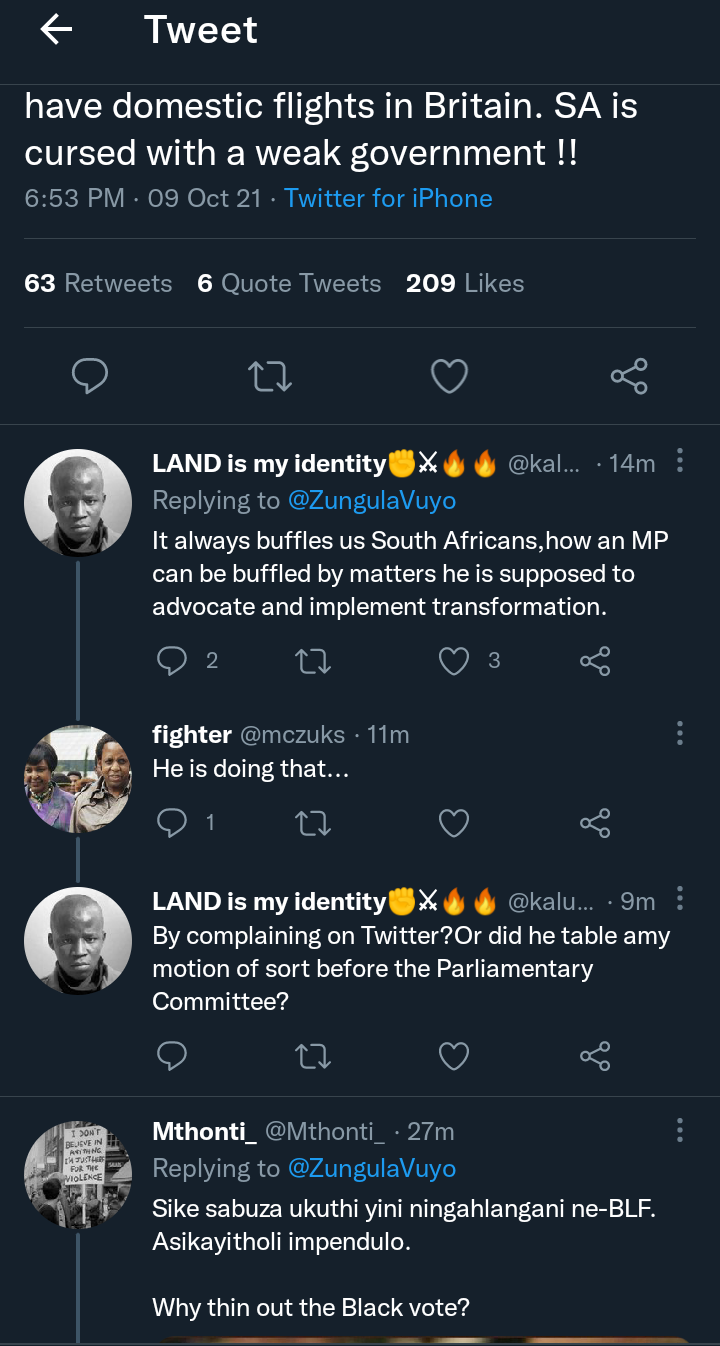 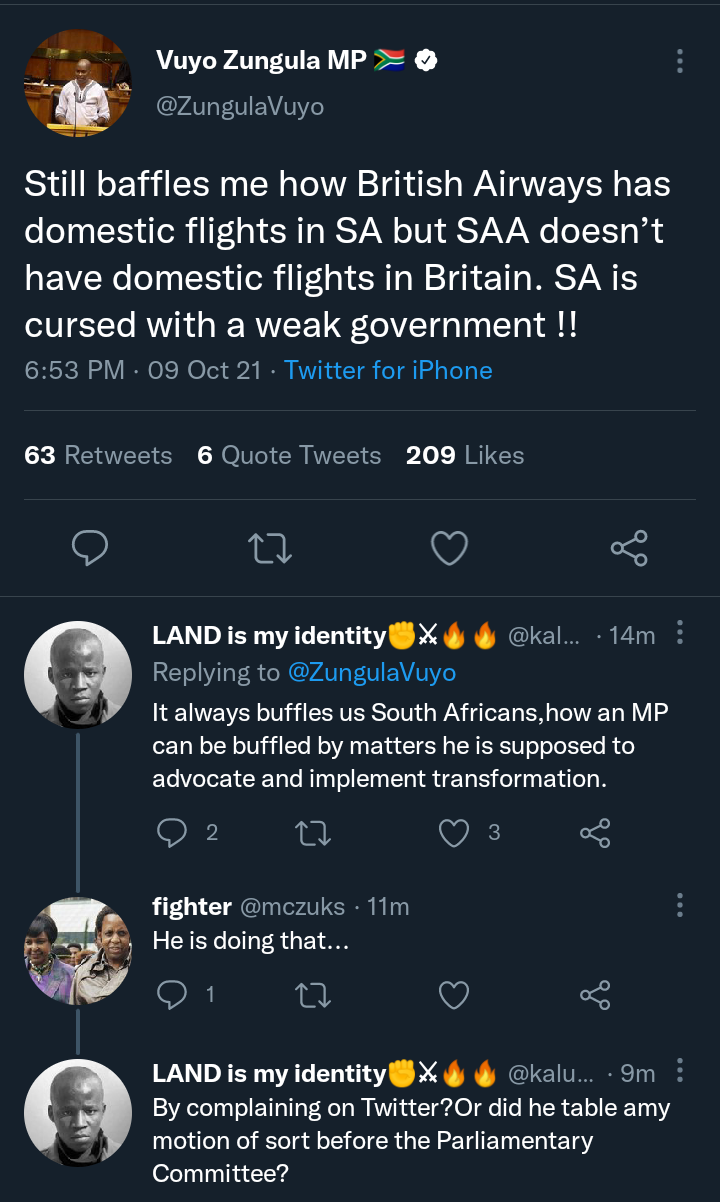 Another South African lamented that it is the same problem that is holding Eskom, saying that the power company is not doing the right thing. He wrote on Twitter, saying, “Same way, Eskom cannot mine its coal but is forced to buy from foreign IPP suppliers through sabotage. Price control and Debt creation. Generational Slaves loading through ballooning National Debt. You are complaining about planes while our cheap mode of transport which is trains has been grounded by your friends in the ANC”. Several people are supporting what Vuyo Zungula is saying. They are majority attacking the government of President Cyril Ramaphosa and the ANC, declaring that all the basic infrastructure have been grounded under their watch. A South African youth lamented, “SAA can't even fly properly in SA, how would SAA do domestic flights in the UK. If by cursed you mean, zombie voters keeping Looters/thieves/Jailbird in power, then yes. We’re led by fools that why our employees rate so high”. Since the start of this campaign season preceding the local government election, many opposition parties are campaigning by talking down on the ANC and the government. 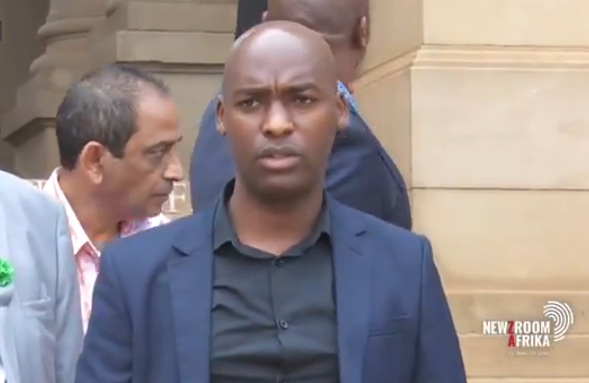 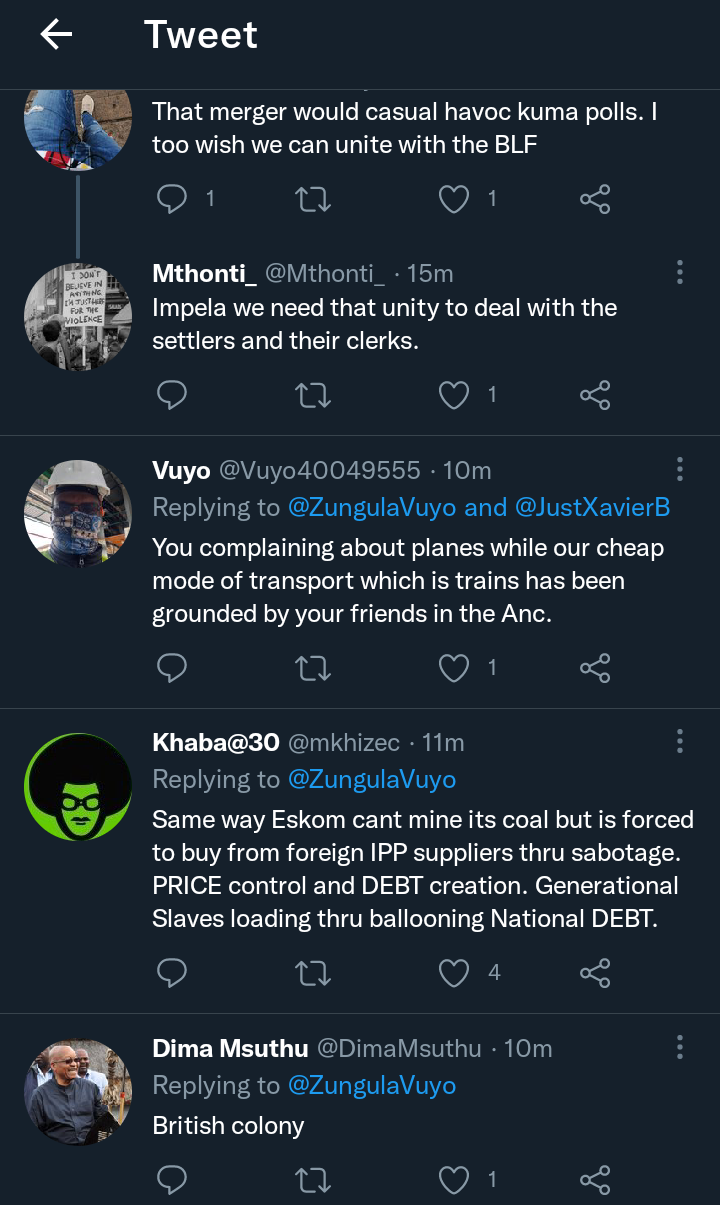 Vuyo Zungula while campaigning for his political party, the ATM said that, “The most basic principle is that people in their respective localities must be the primary beneficiaries of the economy. That is what the ATM is driving for Local Economic Development for all municipalities”. Vuyo Zungula's political ideologies are similar to that of Herman Mashaba of ActionSA. Some people are even predicting a coalition between them in the future.

Beautiful long dresses that will make you look stunning

Foreign Nationals Exposed For Doing This Crime In South Africa