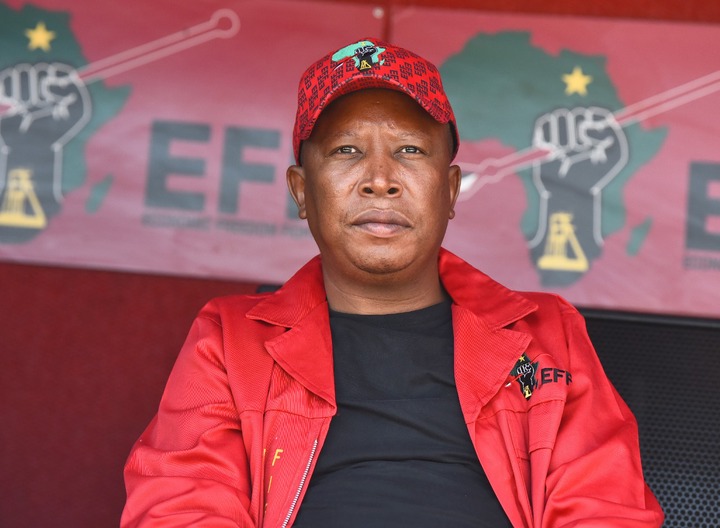 Economic Freedom Fighters leader, Julius Malema has bite the dust again after his complaint to the Independent Electoral Commission after the ANC members in Kwa-Zulu Natal tried to prevent him from entering one of the voting stations was thrown out of the window.

IEC confirmed receiving the complaint from the EFF following attempts by ANC supporters to prevent its leader Julius Malema from entering a voting station in KZN, KwaDambuza.

It says the incident happened before the elections were proclaimed and electoral code of conduct only applies after proclamation. 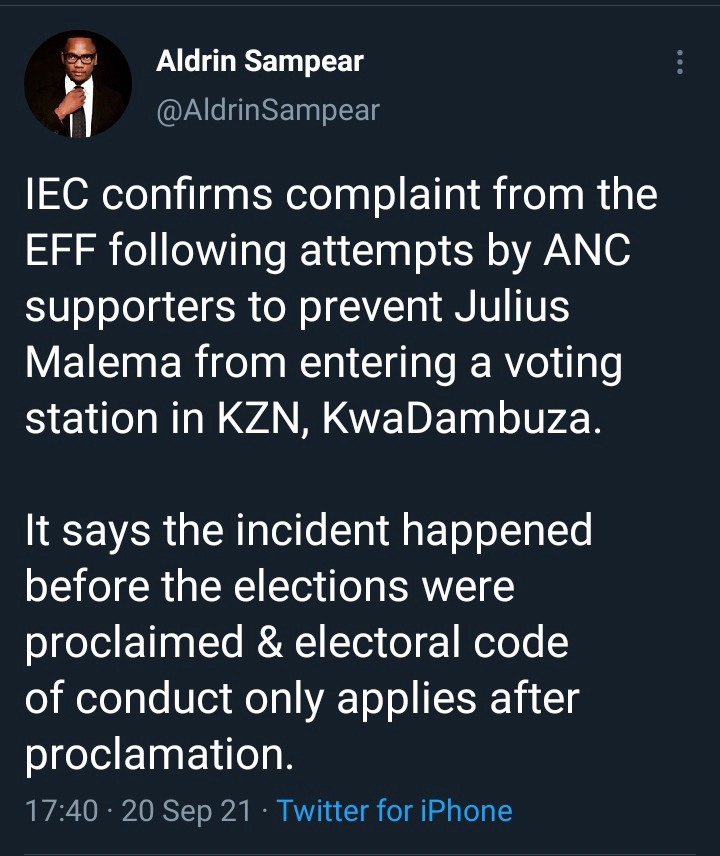 EFF had asked the Independent Electoral Commission to take action against the ANC over the behaviour portrayed by it's members in Kwa-Zulu Natal so that it will set a tone throughout the country.

The dismissal of the complaint by the IEC without taking any action against the ANC over the conduct of it's members is a huge blow to Julius Malema.

The red berets had previously send a very strong warning against ANC saying party members are resorting to thuggery and violence instead of political tolerance.

Blade Nzimande also caught flames in their outburst as they warned him that if per chance he was involved in the shenanigans, he will also suffer the consequences.

"ANC is resorting to violence and is demonstrating the highest form of political intolerance. The EFF is also aware that Blade Nzimande is from the same area and he must know that if he was involved in those shenanigans alongside his yellow communists, there will be serious repercussions," they said in a statement. 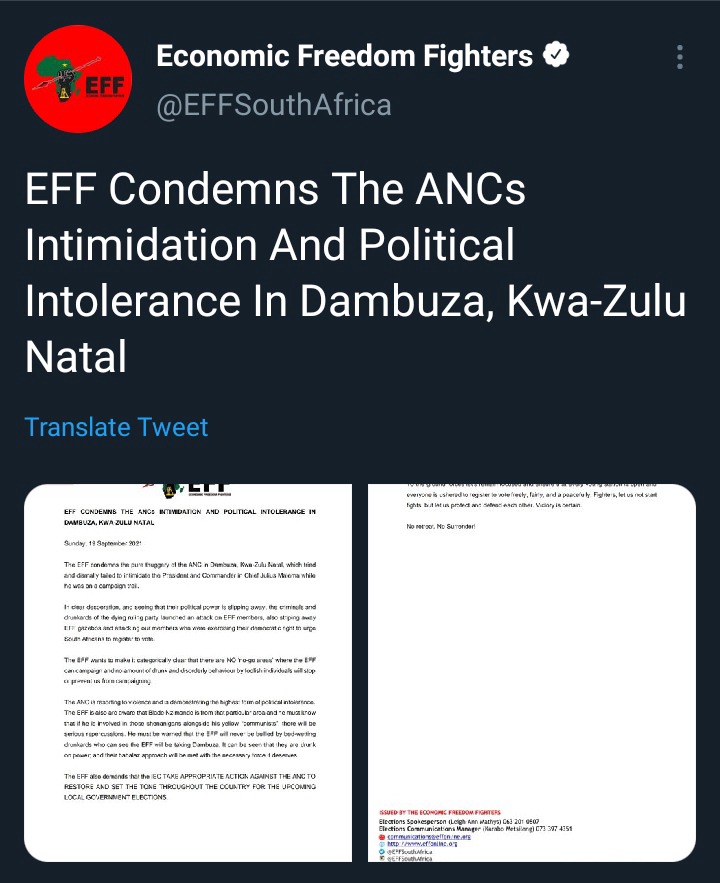 EFF also further stated that they "want to make it categorically clear that there are no no-go areas for the EFF and no amount of drunk and disorderly behaviour by foolish individuals will stop them from campaigning".

The dismissal of the EFF's complaint by the IEC was once again described by critics as unfair and makes it seem like the Electoral Commission is favouring a certain political party at a time it's supposed to be impartial.