By WeOfferNews (self media writer) | 9 months ago

Zimbabwe’s new Foreign Minister, Fredrick Shava, comes from the Midlands. He was fired in the 80s and convicted by the High Court, for his part in the Willowgate car Looting scandal.

He has been in Mnangagwa’s camp for decades, and like S.B Moyo, l dont know if he comes from Mberengwa or Gokwe. Fredrick Shava lied to the Sandura Commission, which was tasked with investigating the Willowgate scandal.

He lied about his dealings in the Toyota Cressida scandal and was chastised, and told that his propensity to commit crime had made him look more like a car dealer. He was send to prison but Mugabe pardoned him

They are recycling the looters giving them positions in government. That man should be nowhere near the government offices, in a country that is lead by good leaders. This is a clear indication we are going nowhere The cancer of corruption that has brought Zimbabwe to its knees started with this guy 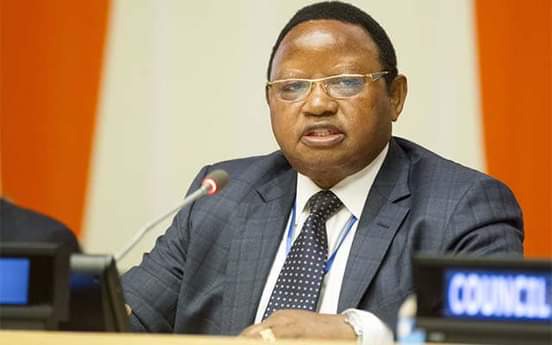 Mugabe could have nipped this cancer in the bud before it became malignant, but he opted to condone it. By pardoning Shava, he made it clear that corruption was ok as long as you were a Zanunoid. His appointment as foreign minister reiterates the same message