The division experienced harsh criticism last year after it reported it wouldn't be restoring the licenses of very nearly 200,000 Zimbabwean nationals who escaped the adjoining country quite a long time back.

JOHANNESBURG - The Department of Home Affairs has invited the withdrawal of an application trying to challenge its choice not to reestablish the Zimbabwean exception licenses.

The division experienced harsh criticism last year after it reported it wouldn't be reestablishing the grants of very nearly 200,000 Zimbabwean nationals who escaped the adjoining country quite a long time back.

The African Amity NPC and Zimbabwean Permit Holders' Association took on the South African government in a bid to stop the choice.

However, home undertakings representative Siya Qoza affirmed on Friday that the application had been removed.

Zimbabwean nationals possessing the exclusion grant should reapply for residency in South Africa before the year's end or hazard extradition.

This is the order given by the Department of Home Affairs.

The choice didn't go unchallenged and, surprisingly, however the African Amity NPC and Zimbabwean Permit Holders' Association are done seeking after their bid to end the move, government is currently confronting legitimate activity from South African NGOs, including the Helen Suzman Foundation.

Home Affairs Minister Aaron Motsoaledi hit out at the establishment, blaming it for intruding in state issues.

In the mean time, Corruption Watch's Nicki van 't Riet has hit back, approaching Motsoaledi to apologize for his emphatic analysis: "In the occurrence where NGOs can't express their opinion, where common society can't give their opinion, this is truly going to trim down vote based system, simply as far as having the option to move toward a court, its a key right." 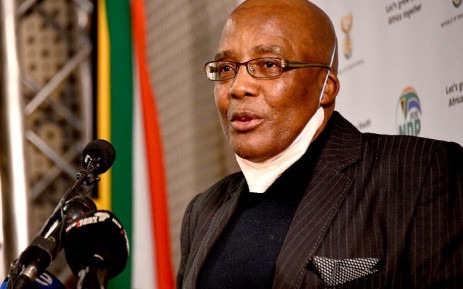