By ArthurM (self meida writer) | 22 days 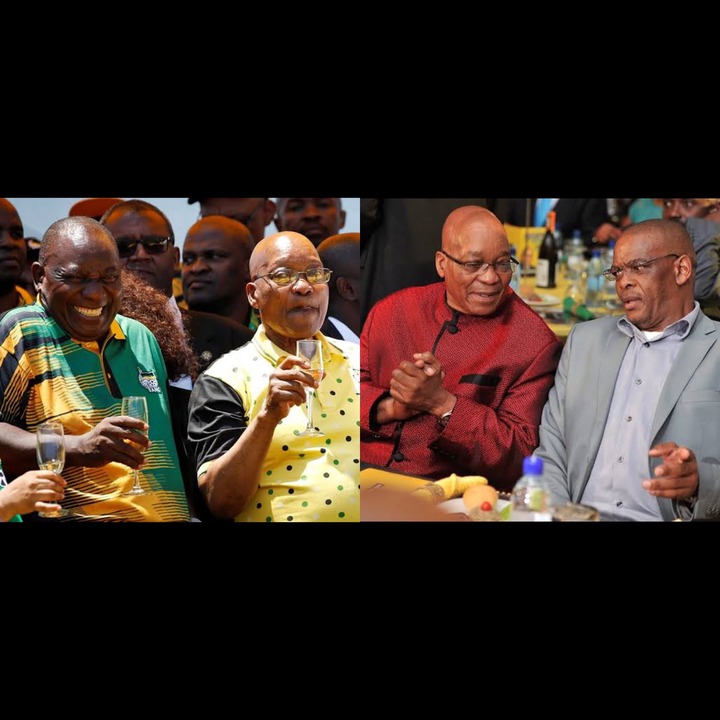 On Thursday afternoon, two unrelated but intertwined gatherings took place some 200 kilometers apart – one in Nkandla and the other in Mpumalanga township in eThekwini.

While ANC Secretary-General Ace Magashule was meeting former President Jacob Zuma in Nkandla, President Cyril Ramaphosa was communicating at a campaign rally for the upcoming by-elections in eThekwini Ward 6.

Seeing Ramaphosa receive such a rousing welcome in a province that was previously regarded as a Zuma stronghold expressed that Zuma's perceived influence may be waning.

Zuma and Magashule are alone, both literally and metaphorically. The anticipated groundswell of support may have been more of a wish than a reality. The two men appeared to be in good spirits as they stood outside Zuma's compound in Nkandla. However, they appeared to be a depleted force.

Next to them sat convicted fraudster Tony Yengeni, who has openly supported the Zuma/Magashule faction of the ANC. The band of Zuma followers in military fatigues – a common sight in Nkandla – were on hand to greet Magashule.

Mzansi is eager to find out what has been going on at the Nkadla, since a number of politicians have graced the residence to have a tea meeting with the former President.

OPINION: Zimbabweans Must Vote for Nelson Chamisa if They Want to See Change in Their Country