Cyril Ramaphosa -the time has arrived

By MY_THOUGHTS (self media writer) | 6 months ago

President Cyril Ramaphosa has approached all chosen councilors to follow through on every one of the guarantees they made to South Africans during the battlefield. 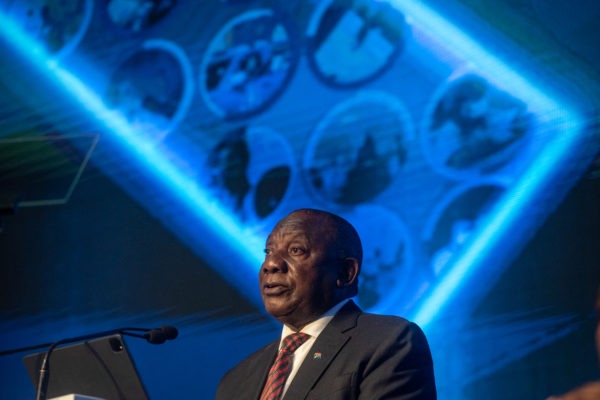 Tending to the country at the outcomes activity focus (ROC) in Tshwane, where the IEC reported the end-product of the races, Ramaphosa asked the chosen councilors to reinforce the trust of residents through skill, uprightness, execution and conveyance.

"In the course of recent weeks we have all invested energy with South Africans from varying backgrounds, meeting them in the roads and being welcomed into their homes. They informed us regarding spilling houses, of dissatisfaction at power cuts, of feeling risky due to wrongdoing, and of being depressed following quite a while of not working," he said.

"Nearby government should be a power for great, for advancement, and for progress. In case we are to make this a new and better time, we, as pioneers, should set to the side of our disparities and work together in a feeling of association and normal reason. Toward the day's end, we as a whole need exactly the same thing: to better the existences of the South African individuals.

"I need to thank every one of the ideological groups and competitors who remained in this political decision for their lead, their discipline, and their obligation to individuals. Allow us to turn the guarantees that we accomplished on the battlefield. Allow us to join for the normal motivation behind recuperation and reconstructing."

Ramaphosa additionally expressed gratitude toward the IEC authorities who directed the decisions in the midst of the Covid-19 pandemic.

Taking to the platform, IEC administrator Glen Mashinini reported the consequences of the nearby government decisions which saw the ANC winning most of the districts.

No party accomplished a larger part in 66 regions, said Mashinini.