Locals in the Democratic Republic of the Congo, where President Cyril Ramaphosa is attending a meeting, gave him a warm greeting. 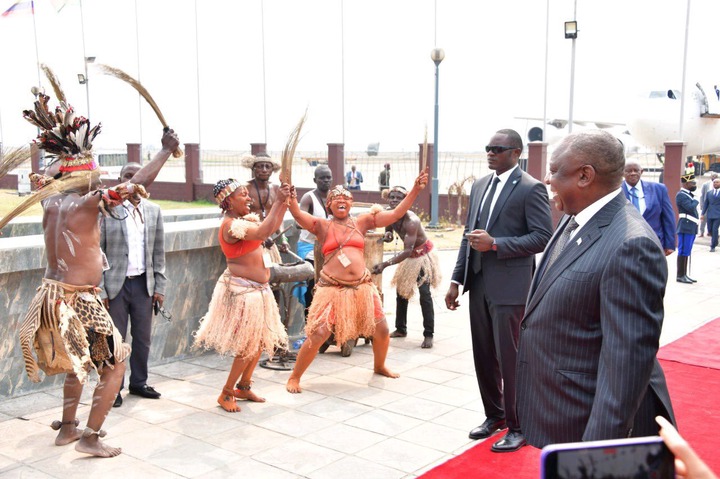 As reported by the Presidency, Cyril Ramaphosa has arrived in Kinshasa, DRC, on a working visit in order to take part in the 42nd Ordinary Summit of the Southern African Development Community (SADC) Heads of State and Government.

There was a big party to welcome him, complete with music and dancing. Pictures showed a happy President recognizing the value of the rich cultural traditions of the Democratic Republic of the Congo.

The Southern African leaders in DRC will meet to discuss regional development and other urgent concerns, with the subject "Promoting industrialisation through, agro-processing, mineral beneficiation and regional value chains for inclusive and resilient economic growth."

Opponents at home have claimed that President Cyril Ramaphosa always manages to be out of the country on the anniversary of the Marikana Massacre. To the widows of Marikana, he allegedly still owes an apology, which he continues to avoid addressing, year after year. 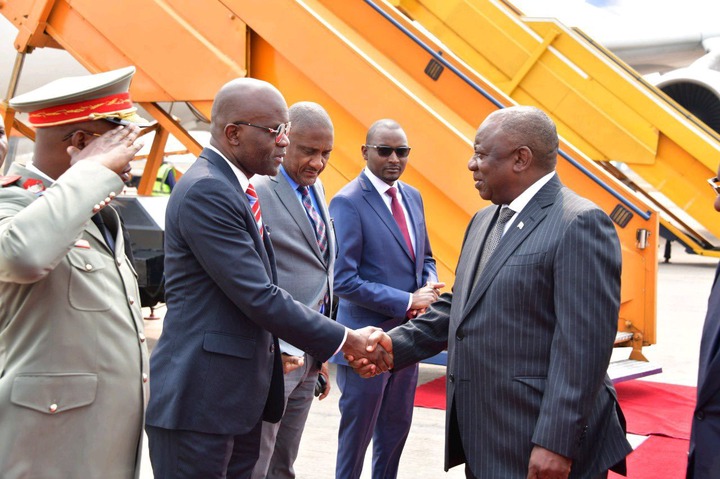 Union leader Joseph Mathunjwa addressed the crowd at the Koppie as they came to commemorate the 10th anniversary of the #MarikanaMassacre.

The union chief laments that despite the country's long list of presidents, none of them seemed interested in improving conditions for ordinary South Africans.

When he had his turn to address the throng, South African leader Mmusi Maimane also urged President Cyril Ramaphosa to declare August 16 a "commemorative day" for the Marikana atrocity. The names of the victims of the Marikana Massacre were being read out, and their loved ones were coming forward to pay tribute. Some of the survivors were moved to tears by this news.