The EFF, for its part, has previously made it clear they are even less interested in partnering with the DA. 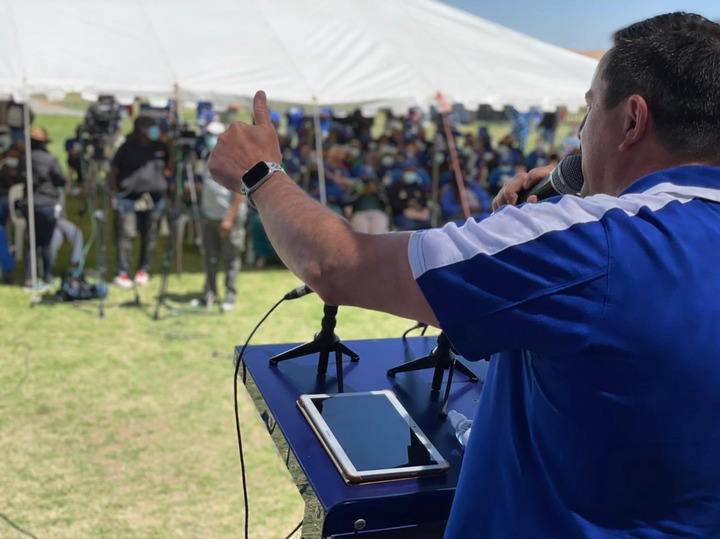 Following local government elections this year, DA leader John Steenhuisen felt compelled to tweet on Sunday that the DA would never form coalitions with the EFF under his leadership in any municipality.

He explained that it was a question that kept coming up and that he needed to clarify it for voters before the election.

Steenhuisen claimed that the EFF was crooked and rent-seeking, and that their ideals were too diametrically opposed to those of the DA.

"Let me be very clear for those who are wondering or are unsure: under my leadership, the DA will not form any coalitions with the EFF because they do not share our beliefs, and we have learned an important lesson over the last 5 years."

‌"Rather than sacrifice our ideals (nonracialism, respect for the rule of law, a capable state, and a social market economy) in a government with corrupt and rent-seeking partners who do not share them, we would rather serve our citizens as an excellent opposition."

Following the 2016 elections, the EFF and the DA formed uneasy coalitions in three large cities. The EFF pledged to vote in favor of DA mayors in Johannesburg, Tshwane, and Nelson Mandela Bay, despite never being in a formal partnership. The DA cited this "compromise marriage" as one of the reasons it lost support to the Freedom Front Plus in 2019, blaming then-DA leader Mmusi Maimane for approving it.

For the past two years, they have refused to cooperate on any matter.

Maimane eventually left the DA, followed by a slew of other high-profile DA officials. One of them, former Joburg mayor Herman Mashaba, is now running for mayor of the city as part of ActionSA's mayoral campaign. Maimane is pushing for independent candidates to be supported.

Whatever the DA may say about the EFF, the EFF, for its part, has been even more vocal about its dislike for the DA, making future collaborations all but impossible.

3 Simple Tips On How To Approach A Lady You Love

Symptoms Of A Malignant Disease And How To Recognize Them Early