As November 1st keep drawing closer, many political parties are now taking the few weeks left to win the hearts of their voters. Mr Fikile Mbalula aka Mr Fix it took to his Twitter handle today to plead for votes for the ANC, saying that they will fix the Potholes, pipes, toilets and every other things that needed to be fixed. The former police minister and current minister of Transportation is urging voters to consider the ruling party once again, saying that all the things they pointed out, will be fixed. Many people want to eat Mr Fikile Mbalula raw on Twitter after he made this statement, asking him what they have been doing in the last four years. Someone told Mr Fikile Mbalula that if they as the ruling party had performed very well, they would not be campaigning again, instead their works will do the campaign. She said that they did nothing since they started leading South Africa, that is why they keep campaigning. 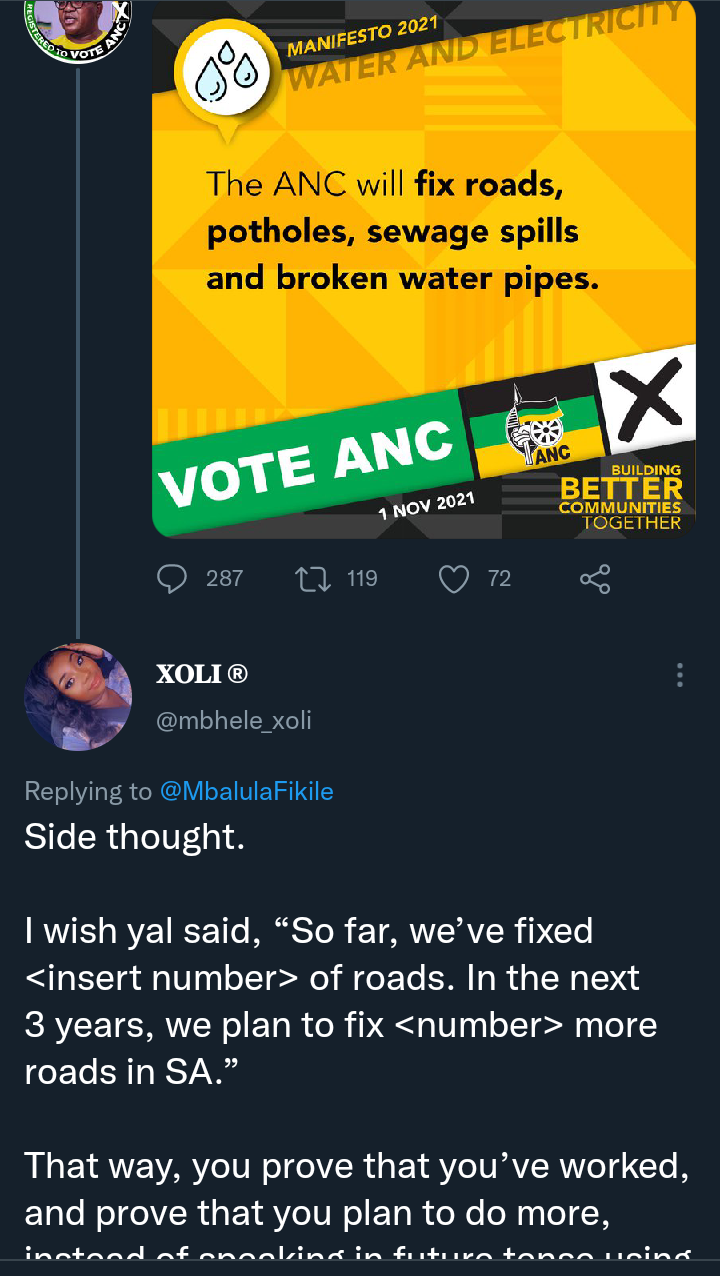 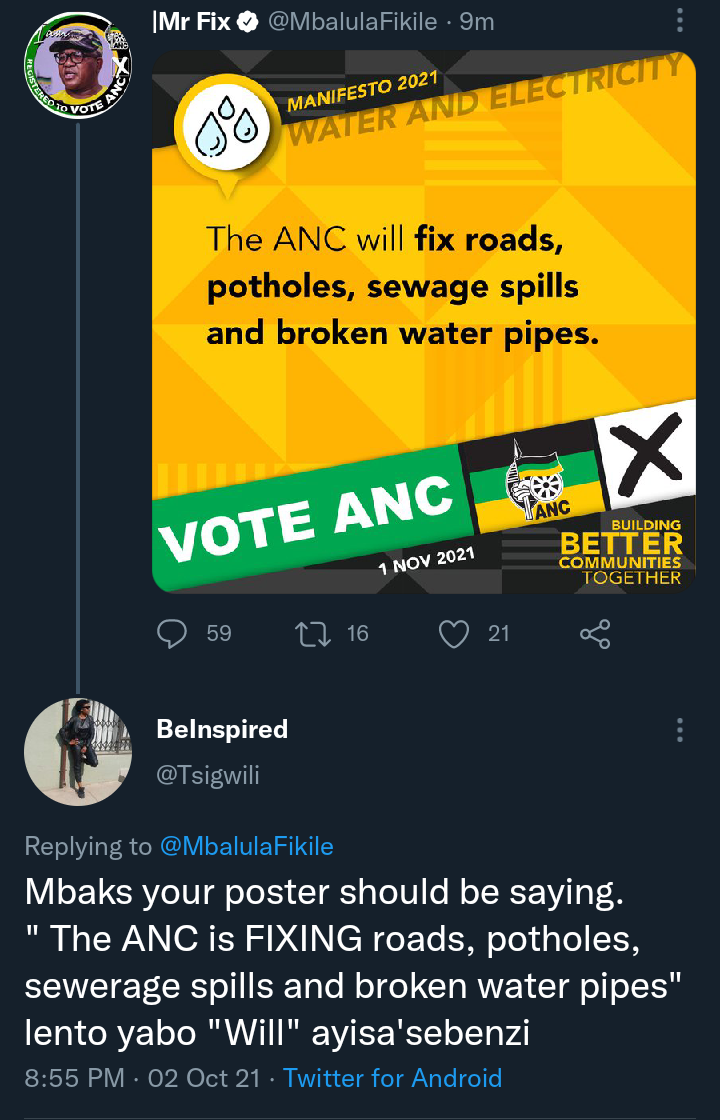 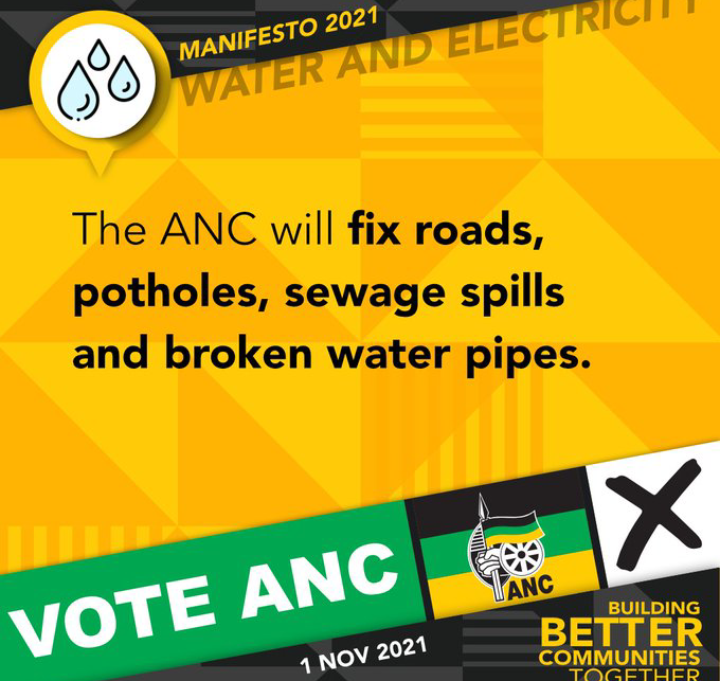 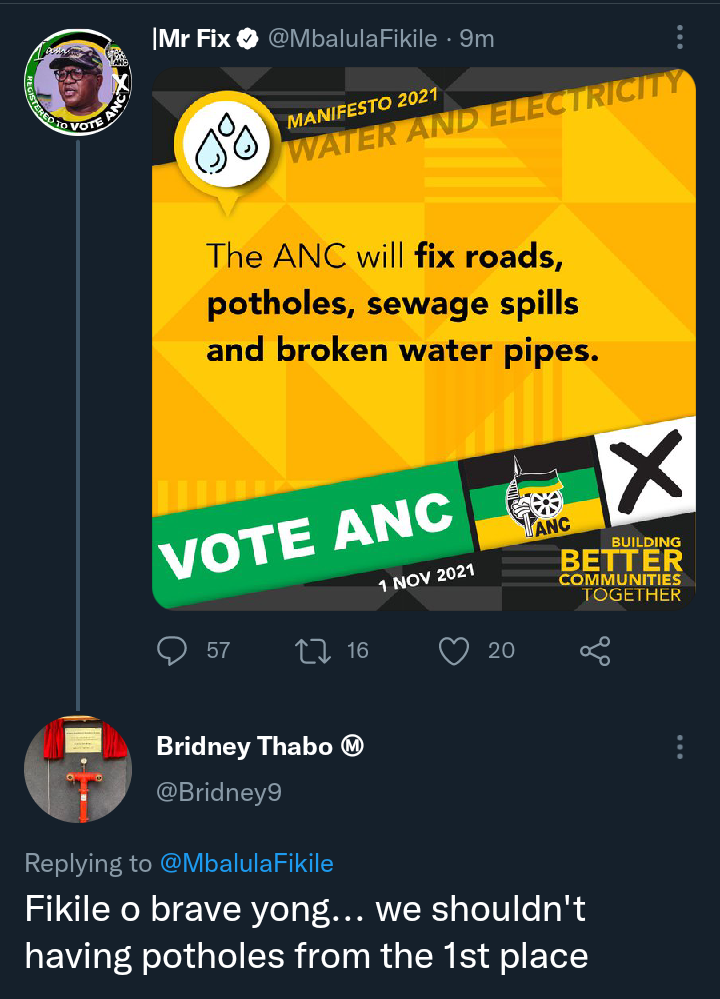 A South African Twitter user laughed at Mr Fikile Mbalula after reading the tweets from the minister. He asked, “Mbaks your poster should be saying. “ If you only knew how these lies are affecting and hurting some of us. They only care about themselves and their pockets. The ANC is FIXING roads, potholes, sewerage spills and broken water pipes” lento yabo “Will” ayisa'sebenzi”. Many people attacked Mr Fikile Mbalula earlier today when he said that the ANC have been able to lift many South Africans out of poverty, disclosing that they will do more if voted for. People started attacking him, saying that poverty is more than ever before in the country now due to the high level of unemployment and Joblessness in the country. Yet, Mbalula Fikile kept promising that they will fix all that, declaring that they are doing their best to make South Africans happy. He disclosed that only the ANC actually have the people of South Africa at heart. 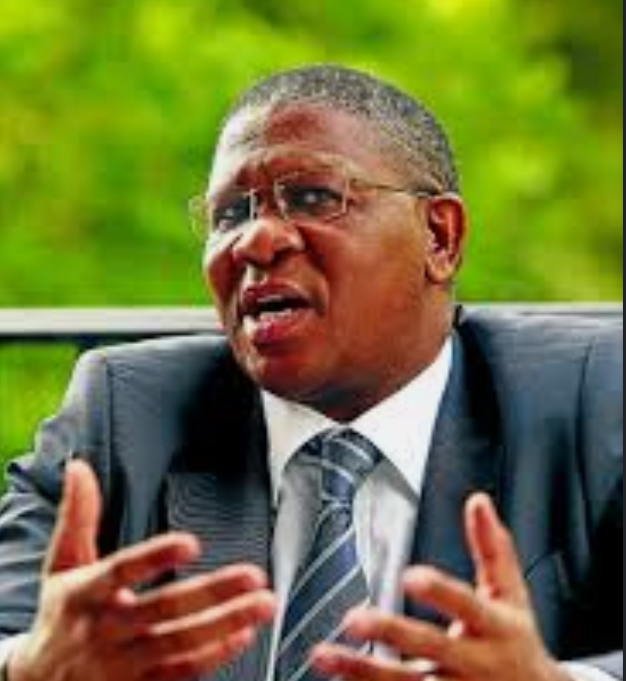 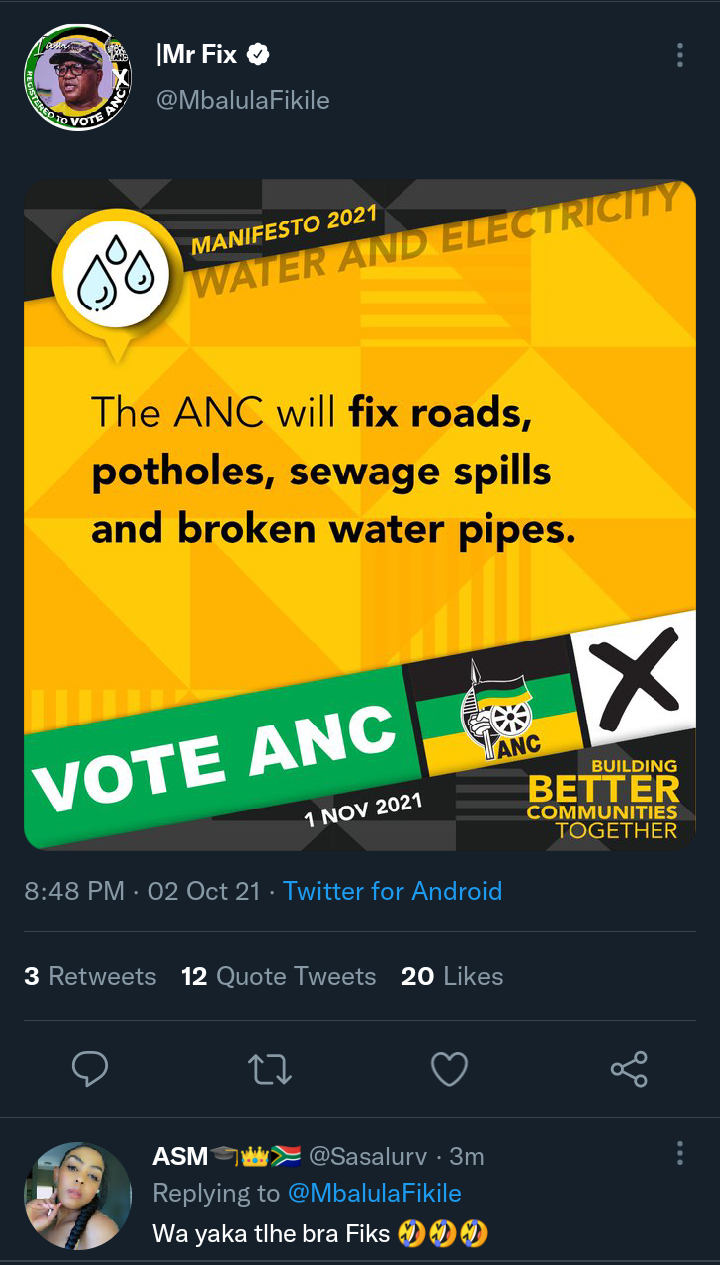 A South African youth said that the ANC must first fix itself before promising to fix all those things Mr Fikile Mbalula mentioned. He said that the ruling party is a massive problem to the people of South Africa. He added, "Side thought. I wish yal said, “So far, we’ve fixed <insert number> of roads. In the next 3 years, we plan to fix <number> more roads in SA.” That way, you prove that you’ve worked, and prove that you plan to do more, instead of speaking in future tense using “will.”… Which year will they fix what they could not fix in 27 years?