A List Of Past Zulu Kings, Chieftains and The Duration of Their Reign 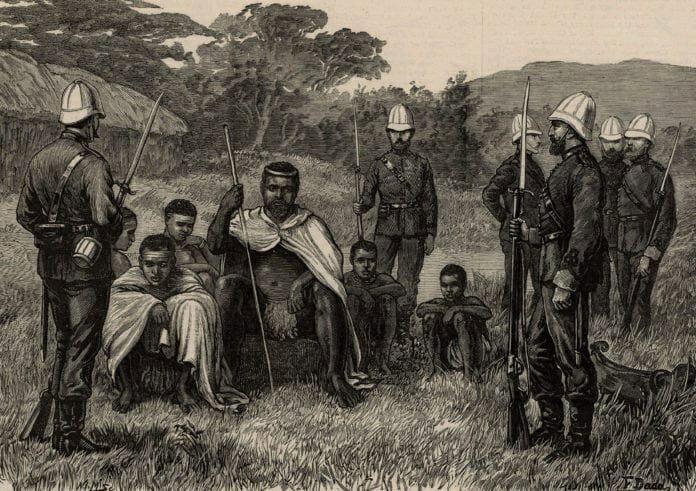 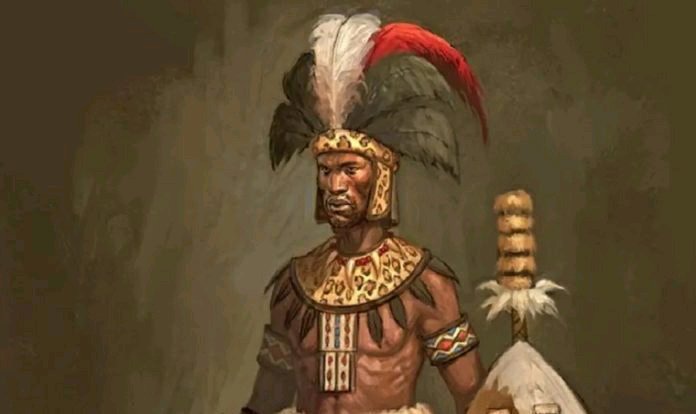 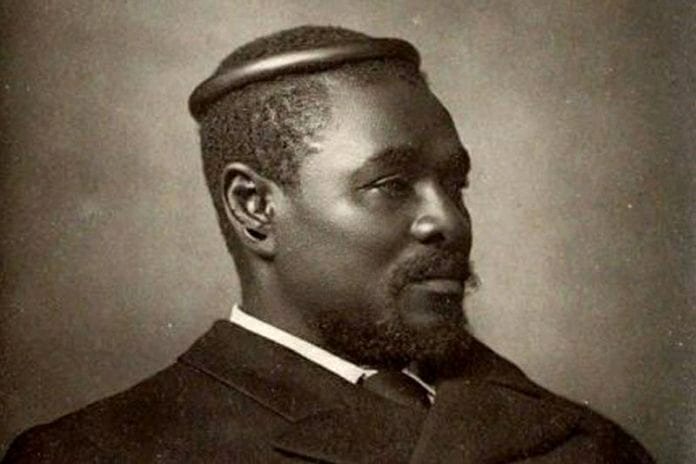 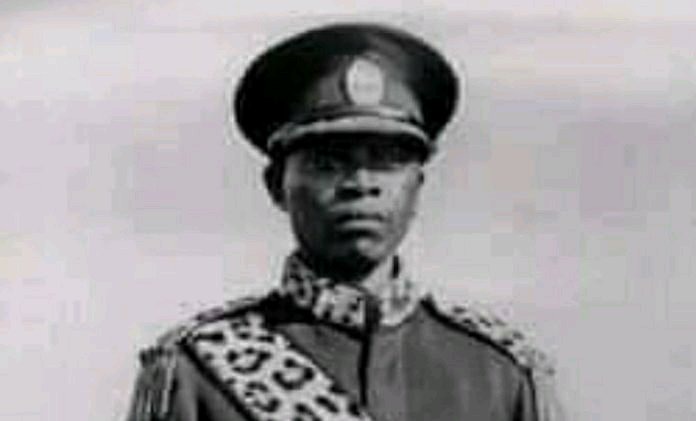 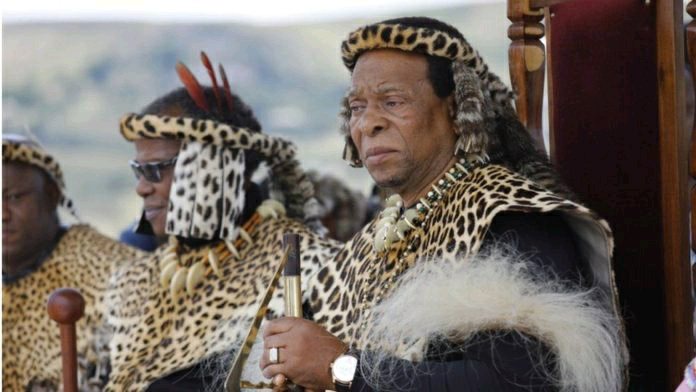 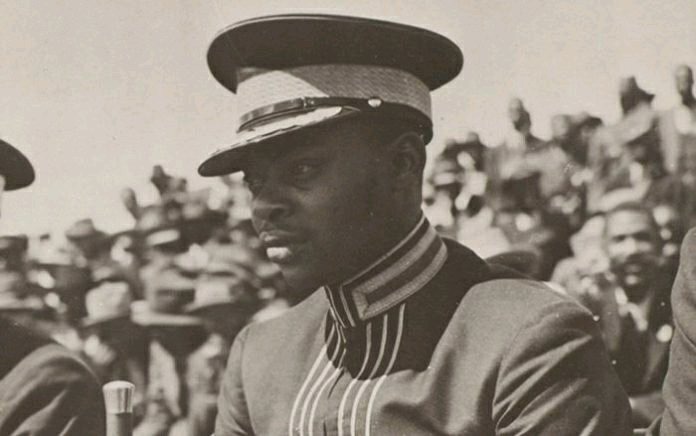 Since King Shaka founded the Zulu empire in 1816, it has been one of Africa's most powerful nations. Since then, other Nguni-Zulu monarchs and chiefs have come and gone. Zulu is South Africa's largest tribe, with 10-12 million members.

Lesotho, Zimbabwe, and Eswatini are in southern Africa. Mozambique, Malawi, and Botswana are others. Misuzulu Zulu kaZwelithini is the current Zulu king. Before King Shaka, the Kingdom had several chiefs.

Zulu kaMalandela founded the clan that became the Zulu Kingdom in the 1600s. Since then, there have been 9 Zulu rulers and several chiefs, including a prominent woman.

Shaka Zulu is the first and most powerful Zulu King. Born in July 1787 as Senzangakhona's illegitimate son. Shaka was raised as an illegitimate child without authority or influence, but he became a fighter. This made him the greatest Zulu King.

After killing his half-brother Sigujana kaSezangakhona in 1816, he rose to power. Despite his brutal techniques, he improved Zulu socially and militarily. Dingane ka Senzangakhona Zulu assassinated him on September 22, 1828, citing his harshness. His reign lasted 12 years.

Dingane kaSenzangakhona assassinated his half-brother Shaka with the help of Mbopa and Umhlangana. In November 1928, he succeeded to the throne, garnering his people's respect. His subjects believed he never existed and that his reign began hundreds of years before he assumed power.

Dingane was harsh with his peasants and enslaved his concubines and mistresses. Some of his chiefs mutinied against him because he lacked Shaka's military prowess and authority. Dingane was killed 12 years into his rule by his half-brother Mpande and the Boers.

Mpande became Zulu king after slaying his brother Dingane. In 1840, he was 42. Dingane was spared after killing Shaka because he was weak and powerless. He disregarded the family's politics.

Dingane tried to assassinate Mpande, whom he saw as a successor after a humiliating loss to the Boers. Mpande joined forces with the Boers and assassinated his half-brother, killing him and ascending to the throne without opposition. Later, he slew his brother Gqugqu, his wife, and kings for planning the king's death.

Mpande's reign saw the Zulu Kingdom expand into Swaziland, although the real monarch was his son Cetshwayo. He ruled for over 30 years till 1872.

Cetshwayo became king in 1872 after Mpande's death. During his father's reign, Cetshwayo made all the decisions. He ascended peacefully, without opposition. Cetshwayo's main opponent was his brother Mbuyazi, their father's favorite, but he killed him in 1856.

He became king in 1873 and evicted the missionaries despite his father's approval. British Empire and Cetshwayo's Zulu Kingdom fought the Anglo-Zulu War in 1879. Initially, he won battles against the British, but they eventually overwhelmed him. Some compared his astonishing victory over foreign forces to David's defeat of Goliath.

5 months, 3 weeks, and 2 days after the war began, King Cetshwayo was defeated and exiled to Cape Town. Transport to London ended his reign. He returned in 1883 but died at 52 in 1884.

Dinuzulu kaCetshwayo became king after his father, kaCetshwayo, the last of the Zulu Kings, died. Dinuzulu was 15 when his poisoned father died. He was too young to govern. His uncles sheltered him from danger, but the politics of the day were too much to hide.

He joined forces with the Boers to reclaim Zulu. In 1887, the British took Zululand and Zulu Reserve. The young King refused to subject to British authority and magistrates, relying instead on his own authority. Dinuzulu and two of his uncles were convicted of treason in 1889 after an attack on Mandlakazi. They were sent to St. Helena, an African island.

After Natal seized Zululand in 1897, he was brought back and named 'Government Induna' in 1898. Dinuzulu stood up for his people when a minor chief refused to pay a poll tax in 1906, leading to his arrest and imprisonment in 1909. General Louis Botha released him in 1910 because he considered the King had been unfairly punished for harboring rebels. In 1913, he died in Middelburg, Transvaal.

King Dinuzulu's son, Solomon kaDinuzulu, became the new Zulu king after his death in 1913. British authorities thought Solomon's status was just a title, but his people saw him as their leader, as had all prior Zulu Kings.

Solomon was 22 when he became king, and his major worry was the Zulu stool. During his reign, the first Inkatha nationalist emblem was born. Solomon served as Zulu King until March 4, 1933.

Solomon's son, Cyprian Bhekuzulu Nyangayezizwe kaSolomon, succeeded him after his death in 1948. Solomon did not appoint an heir, hence the Zulus were without a monarch from 1933 to 1948.

After Solomon's death, Victor Phikokwaziyo sought the throne. Many royals rejected his candidacy. Even though he was the prince regent's preferred candidate, Thandayiphi Absalom was unpopular with his people.

Cyprian was nominated since neither prince was acceptable. Initially disregarded, he immediately gained a following due to suspicions he was nominated by the books. His name was purportedly featured as the king's successor in a school book, but it was later changed. Cyprian was made king after his mother presented a letter signed by the previous king naming him as heir.

Due to apartheid, his reign as Zulu king was important but not spectacular. He was a drunk who lacked the zeal of previous Zulu monarchs. He's not the best-protected Zulu King. His reign of terror ended in 1968.

Three years after his father's death, King Goodwill Zwelithini kaBhekuzulu ascended the throne. When his father died in 1968, he escaped to Transvaal because he feared being assassinated. He became the ninth Zulu king aged 21.

King Goodwill was a key figure in Zulu and South African history during the end of apartheid. He was key in negotiating Nelson Mandela's release from prison and the transition to a new, universal-suffrage government.

He was also admired within and outside the Zulus for his political strength. The monarch died on March 12, 2021, at age 72, after 50 years as Zulu King. Six wives and 28 kids.

His mother, Queen Mantfombi Dlamini-Zulu, will reign as regent for the three-month mourning period. Great Queen died a month after becoming regent. Her Majesty Queen Shiyiwe Mantfombi Dlamini Zulu, who was married to King Goodwill since 1977, may have been poisoned. Chief Mangosuthu Buthelezi, the Zulu nation's prime minister, said she had been ill for some time and didn't want to go public, but she wasn't poisoned.

This isn't the first shocking death in the kingdom recently. Prince Lethukuthula, Goodwill's oldest son, died mysteriously in November 2020. He was thought to have been assassinated. Misuzulu Zulu kaZwelithini is anticipated to succeed, although he has opponents.

Shaka's half-brother became Zulu chief in 1816. In that year, his brother Shaka became the first Zulu king. Shaka killed his brother for power.

Princess Mkabayi kaJama is a powerful Zulu leader despite being female. The 1750-born Princess became regent for her half-brother Senzangakhona in 1781. Her regency ended in 1787, although she was kingmaker for three more reigns.

Mkabayi's twin status made her unpopular among the Zulu leaders. According to the Zulu Kingdom, Jama KaNdaba allowed both of his daughters to live despite plans to kill one. Her half-brother was too young to succeed her father, so she became regent. People resented her because a woman on the throne was rare.

After helping build the Zulu Kingdom and Mhlangana, she plotted Shaka's killing. One of Zulu's most strategic commanders, she died in exile in 1843.

If Mkabayi kaJama's father. His father, Ndaba kaMageba, died in 1763. Jama refused to kill his twin children Mkabayi and Mmama to avert future problems. This may have prevented the chief and his wife from having children. Senzangakhona kaJama, his son, fathered Shaka. Jama ruled for 18 years before dying at 54 in 1781.

Ndaba kaMageba was a lesser-known Zulu chief. Shaka's great-grandfather Ndaba. His birth year is unclear, but he became chief in 1745 and ruled until 1763. kaNdaba's father.

History hasn't recorded much about the Zulus' rulers before the chiefs and kings. After Zulu I kaMalandela formed the clan in 1627, these leaders ruled the Zulu tribes.

Zulu I kaMalandela is considered the clan's founder and first leader. 1627-1709

Gumede kaZulu controlled the Zulus in the 18th century, but his birth and reign dates are unknown. kaNtombhela's son.

Phunga kaGumede was born in 1657. His precise year as chief is unknown, but he died in 1727, making room for Mageba kaGumede. Some sources say they're twins, but others disagree.

Zulu is one of Africa's richest royal houses.

South Africa's constitution recognizes traditional rulers like Zulu Kings, although there is no authority to back this up. The government gives the royal family a yearly payment. Despite not having a set budget, they receive millions of rand.

2021 royal house budget: R66.1 million. This seems like a lot, but it's less than the R71.3 million budgeted for 2020. South Africa pays for royal house grants and indulgences.

Goodswill, the late Zulu King, was valued R284 million ($19 million) before his death.