During the apartheid Era, our parents (Mothers) always used to abide by the law when comes to their duties as a wife . The cultures that are still practicing this kind of treatment towards men are said to be Tsonga people as well as Venda people . In our Xitsonga culture we call it being respectful towards your partner. This is not being practiced in this 21st century. It’s all about 50/50. 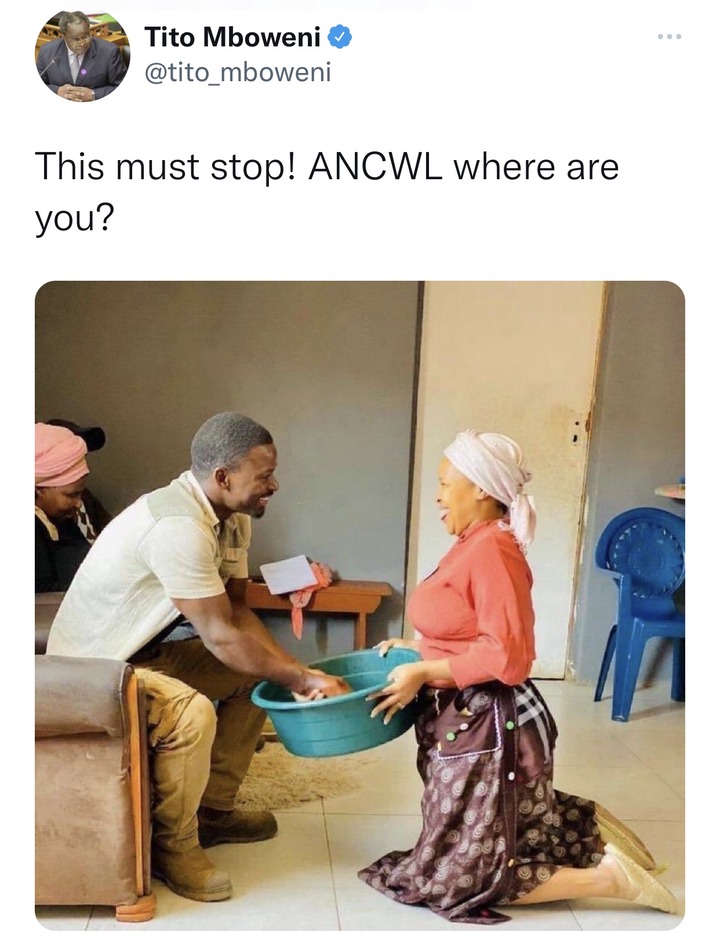 This picture you are seeing here had The former minister of Finance Tito Mboweni calling everyone in order . In his recent post, he said what the woman was doing giving the husband water to wash his hands in order to eat on her knees down was unacceptable. South Africans immediately went over him to say that He wanted western and modern culture in everything. Other people even said that he doesn’t have a wife and therefore he shouldn’t say anything as this was suppose to be answered by men who have wives . 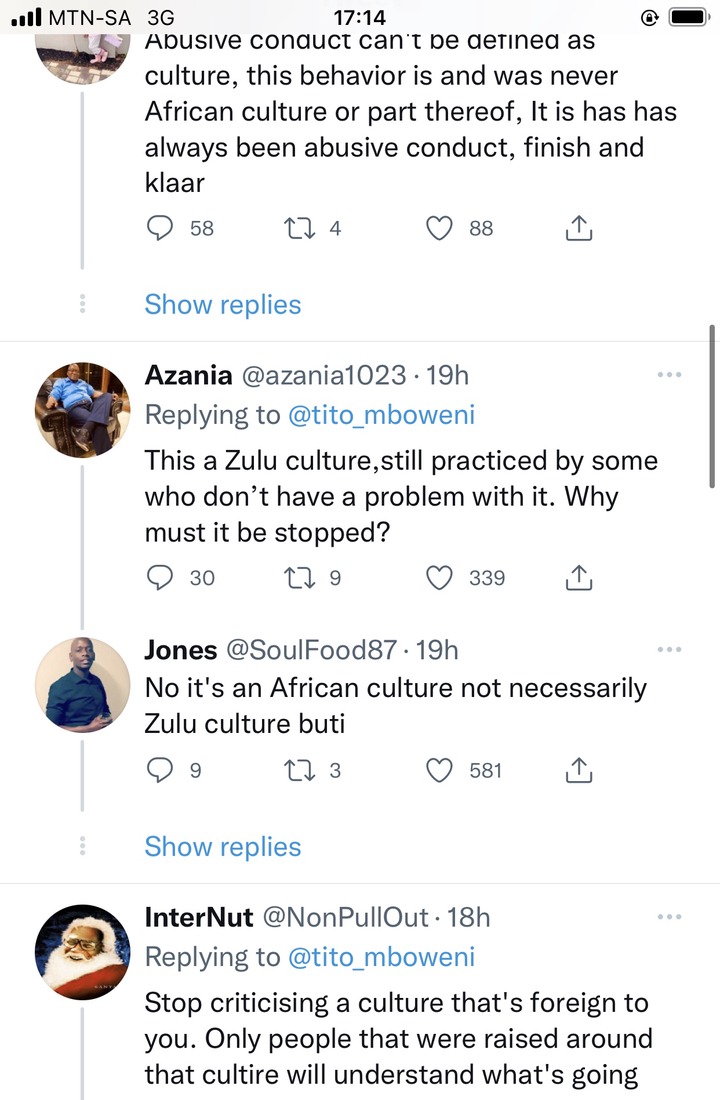 Mboweni has been been showing off his cookikg skills on Twitter several times and even after he was called in order few times, he never stopped cooking his favourite meals. According to reporters, Mboweni doesn’t have a wife. This was also said couple of times when people notice how he was cooking and always eating alone . Others made jokes about how he dresses . Al this never bothered him in anyway . Let us know if you believe women who still knee down giving their men food still exist and give an example.