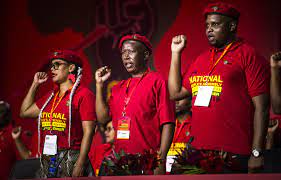 The EFF has won the primary leg of its political race flag fight with the City of Cape Town after it had been told to eliminate them for not following a city ordinance.

On Tuesday, the high court in Cape Town prohibited and controlled the city from eliminating the flags. The city has additionally been found to have gone against itself in its correspondence to the EFF regarding why it was not permitting the pennants.

"The EFF has presented a defense for the break insurance of its right forthcoming the audit of the lawfulness of the local law," acting adjudicator Adrian Montzinger said in a judgment distributed on Tuesday.

"Forthcoming the result of the protected test to some degree B of the notification of movement, the City of Cape Town is prohibited and limited from eliminating the political race pennants of the Economic Freedom Fighters inside the city metropole," requested Montzinger.

The EFF moved toward the high court on a dire premise two weeks prior looking for a between-time prohibition to keep the city from implementing a local law directing outside publicizing and signage by eliminating its pennants.

The party additionally tested the defendability of the city's Outdoor Advertising and Signage Bylaw, which it said was nonsensical and draws a discretionary differentiation between pennants for capacities and occasions and flags for electioneering.

On the other hand, the EFF needed the local law to be looked into and saved.

The city kept in touch with the EFF on October 1 illuminating its chiefs that its standards — held tight shafts and scaffolds around the city and bigger than a typical banner — were hung infringing upon the city's banner guidelines. The city mentioned the EFF to eliminate the flags by October 3, bombing which the city would eliminate them at an expense for the party.

A standoff is approaching between the two, with the party saying if the city eliminates its flags it will go to court

The city's Catherine Overmeyer, activities supervisor liable for metropolitan administration, said the city's principles for banners during citizen enlistment, general decisions and by political race measures just catered for banners and not intended for pennants, apply during an authority political decision period and outside that period, standard "Open-air Advertising and Signage Bylaw rules and expenses" would be pertinent.

The presentation of standards on city light shafts for ideological groups to urge people in general to "vote in favor of" a specific ideological group were not allowed on the city's light posts, one more city official said in an email shipped off the party.

Authorities contended that plan 10 of the Outdoor Advertising and Signage Bylaw identifies with the presentation of flags in the City of Cape Town, however, these are just allowed for capacities or occasions and doesn't make arrangement for electioneering purposes.

The EFF didn't stay with the city's solicitation, would not eliminate the flags, and moved toward the court. It contended that segment 19(1)(c) of the constitution manages the cost of residents, and likewise ideological groups, the option to lobby for an ideological group or cause.

The court concurred, saying the EFF had set up an at first sight right, however a reasonable right.

"The EFF has progressed genuine charges that upholds how the city's local law will encroach its segment 19(1)(c) right and why it needs security.

"Taking steps to eliminate the flags of the EFF based on a resolution that is under-protected assault undermines the EFF's on the right track to battle and will prompt disappointment instead of the inverse," said the court.

The EFF is accordingly qualified for insurance of its right, it said.

"It is this current court's view, even though the investigation isn't required, that dispassionately the mischief the EFF will experience the ill effects of the evacuation of their pennants will be unsalvageable."

The court said the alleviation looked for by the EFF was completely important and unmistakably in light of a legitimate concern for equity.

"It is basic that ideological groups be permitted to crusade uninhibitedly inside the limits of the law. Gatherings like the EFF will be all the more antagonistically influenced by the city's local law during a political race. The ordinance, at first sight, appears to restrict an ideological group's capacity to utilize all potential means to lobby for a nearby political decision."

The court said the activity of the ordinance was auxiliary and its activity is just meddled with for a brief timeframe.

DA common pioneers are supposed to be rankled that the party had endorsed new banners, which they say advance the ANC instead of passing on the DAs...

"This should diverge from the way that the actual city takes into account a unique agreement during races regarding its banner guidelines.

"Why a similar methodology can't have any significant bearing in regard of standards during a political race was not clarified. This demonstrates the prohibition looked for by EFF will barely affect the activity of the city over the following three weeks.

"To be permitted to hang pennants will permit the EFF to crusade transparently and adequately and give a compelling articulation of the vital right to cast a ballot and will additionally advance the articles, soul, and indicative of the constitution."

The court said the city had battled the EFF had an elective cure, which was to apply to the city for an exception to agree with the political race rules and conceivably get an endorsement to continue to hang its banners.

"This accommodation goes against what the city conveyed to the EFF on October 5. Initially, the EFF was never welcomed to apply for an exception. Also, the city's correspondence suggests the standards won't ever be permitted. So applying for exclusion would not have filled any need.

"It is along these lines obvious the EFF had no other choice or option except for to move toward this court. Except for the supposed exclusion, the city didn't bring up some other cure accessible for the EFF to seek after to ensure its right." 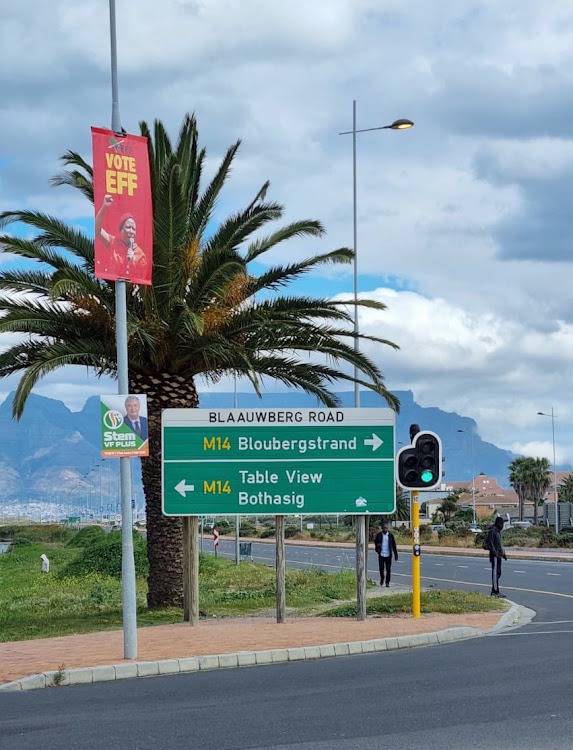