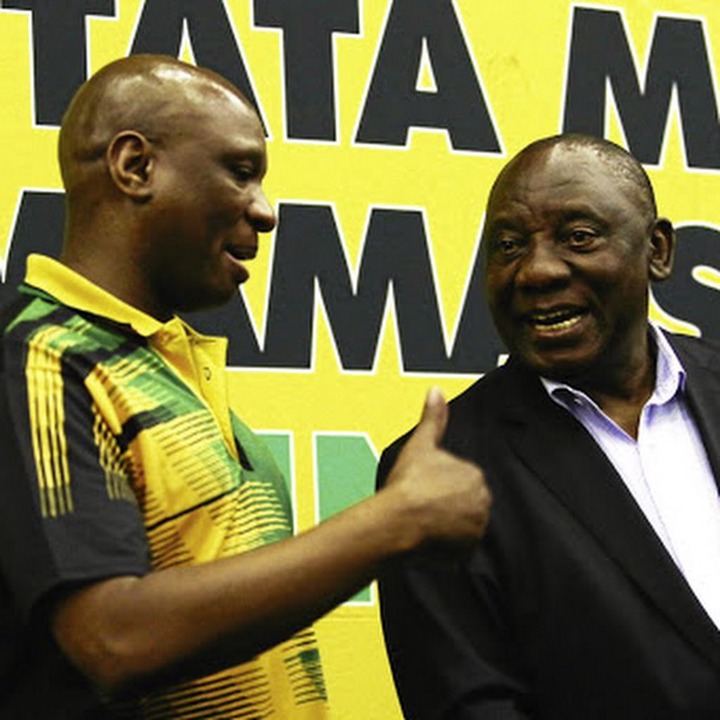 The 15 ANC deployees left the ANC leaders in dismay after they left the ruling party with only 22 days left to contest as opposition candidates ahead of the local government elections.

ANC's Interim Provincial Committee in North West has now confirmed that it has resolved to terminate the membership of about 15 of ANC deployees in various municipalities who have registered with other parties to contest the November elections. 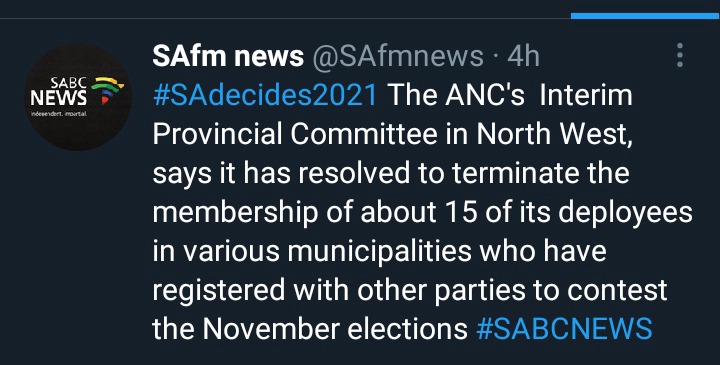 Reacting to the 15 ANC members who crossed floors to join the opposition, ANC National Executive Committee member, Zizi Kodwa says the party won't be intimidated by certain individuals who left the party for personal gain.

Kodwa was campaigning in Qwaqwa, in the Free State ahead of the November 1st local government elections.

The removal of the ANC deployees is however not a new phenomenon as in the last election, 16 councillors in Maluti-A-Phofung were expelled for voting with the opposition in the removal of the then mayor Vusi Tshabalala.

ANC was campaigning in the financially troubled municipality. Their common ground is to improve the provision of water and electricity. The municipality owes Eskom more than R5 billion. Residents are showing reluctance to cast their votes in the upcoming local government elections as they argue that nothing has changed since the last election in terms of service delivery.

NEC member Zizi Kodwa says the ANC is back to correct the issue of service delivery in Maluti-A-Phofung.

Kodwa said those who ditched the ANC are those who didn't win in the processes to elect candidates ahead of local government elections and that they had no party's interests at heart that's why they left.

"We are aware now that those who don’t win in the ANC processes form their own organisations because they are not about serving the people, they about serving themselves. And I think these processes that we are introducing are helping the ANC to cleanse itself of those individuals who infiltrated the ANC for the longest time.

And this is the issue that we are dealing with, even here in Maluti-A-Phofung, that we had individuals who infiltrated the ANC for their own personal gains. But when the ANC nominates someone else, they go and form another organisation," he said. 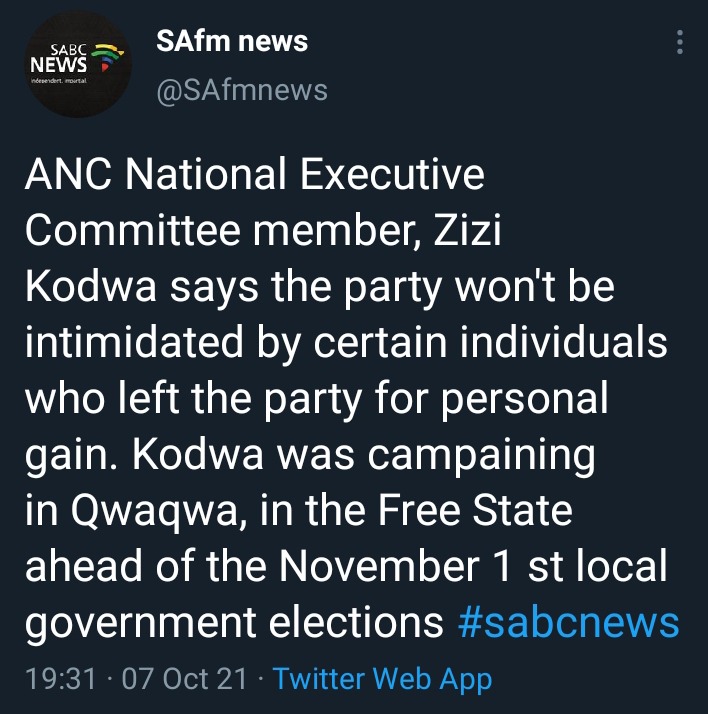