The minister of Employment and Labour, Nxesi Thulas revealed in an interview granted to SABC that it is illegal to go about inspecting labour and employment without permission. He was speaking regarding the Labour inspection by members of Patriotic Alliance and Economic Freedom Fighters, as they demand that foreigners and immigrants be removed from hospitality employment and fill every position with South Africa nationals. The minister said in the interview, “It is illegal for members of the public to conduct labour inspections”. He said South Africa is not a lawless country where everything goes, saying that things are done through normal processes and procedures. Recall that Newsroom also grilled Dr Aaron Motsoaledi about this recent happening of attack on foreign nationals. 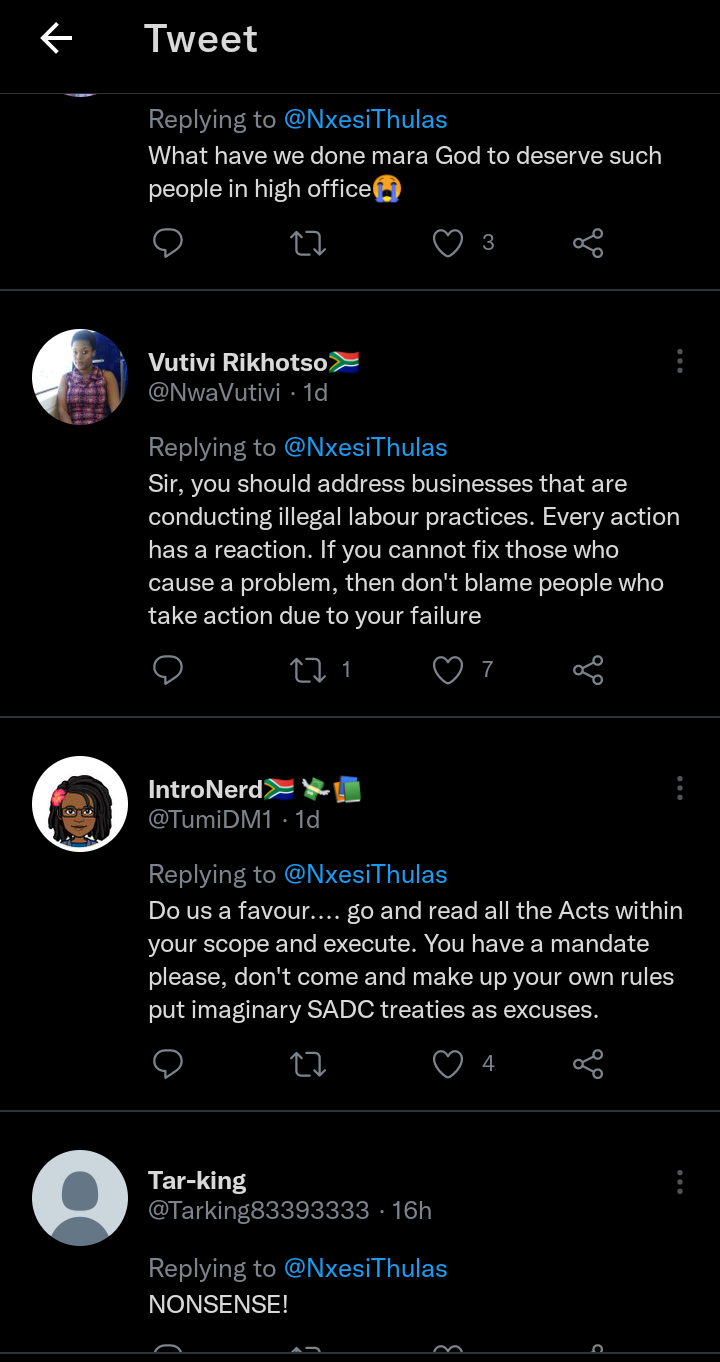 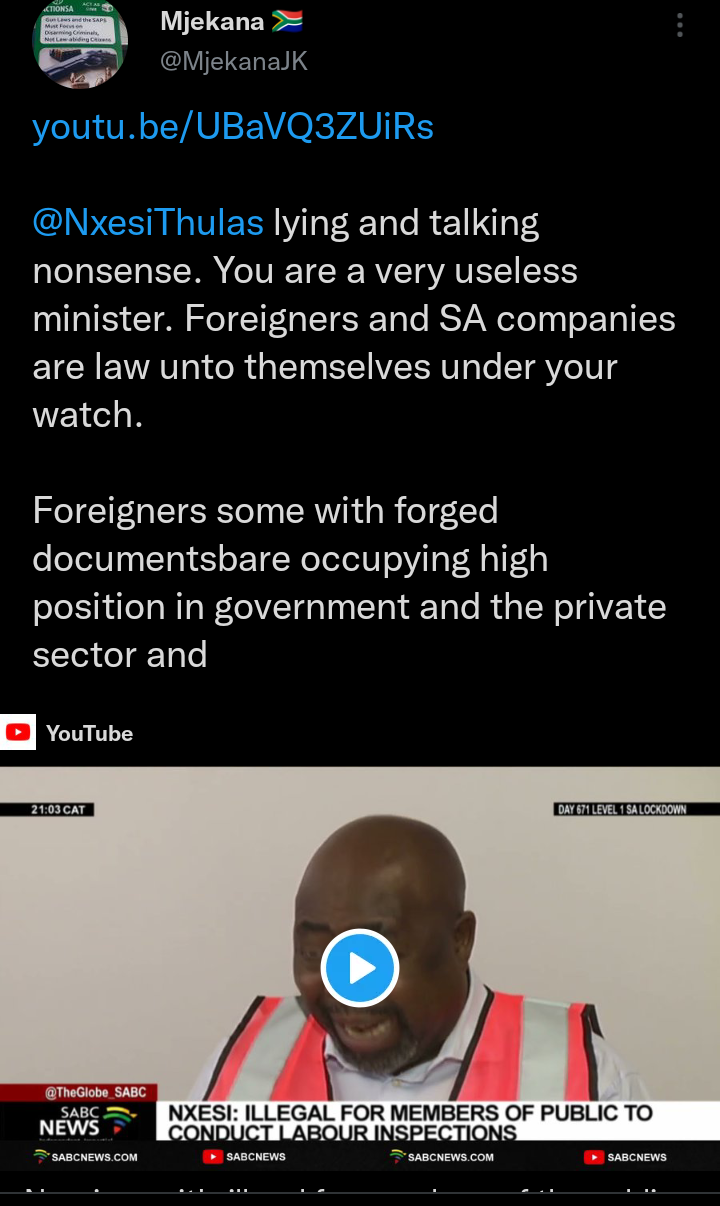 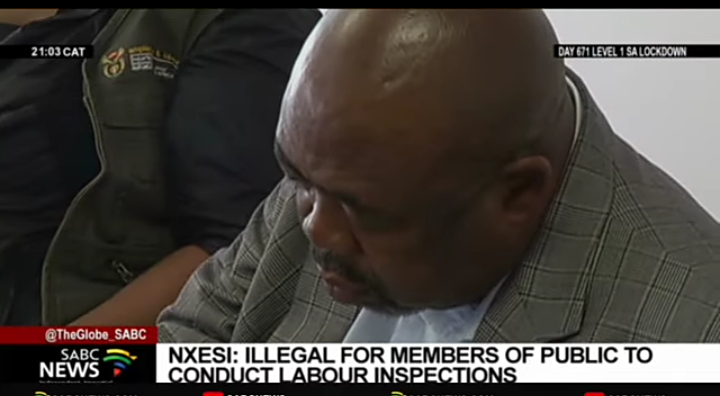 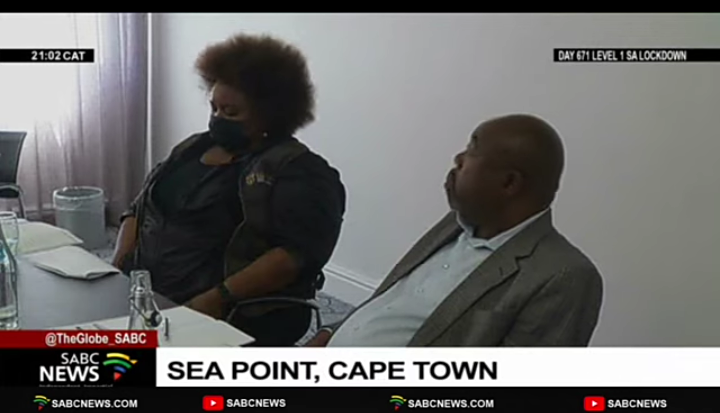 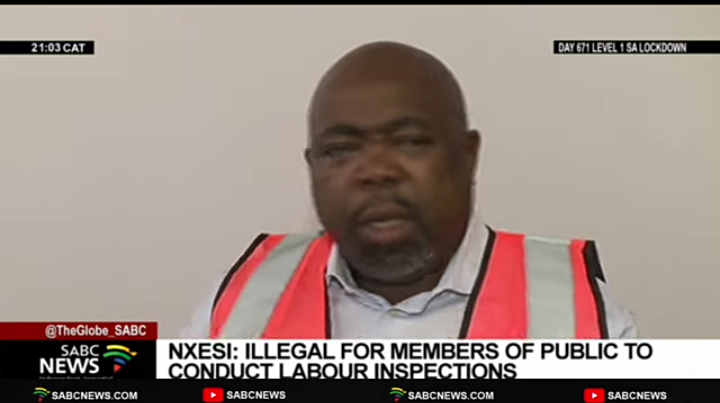 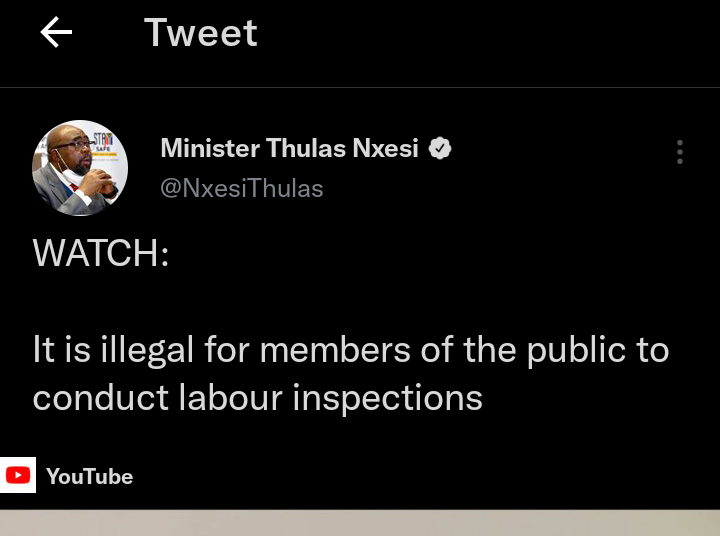 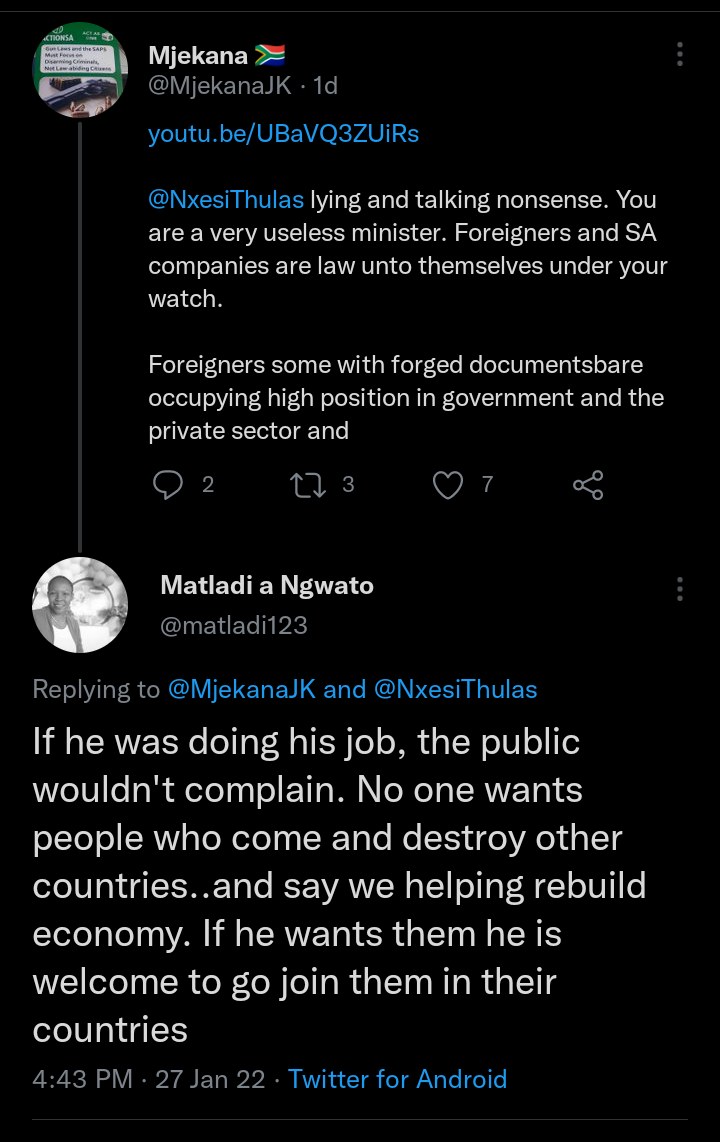 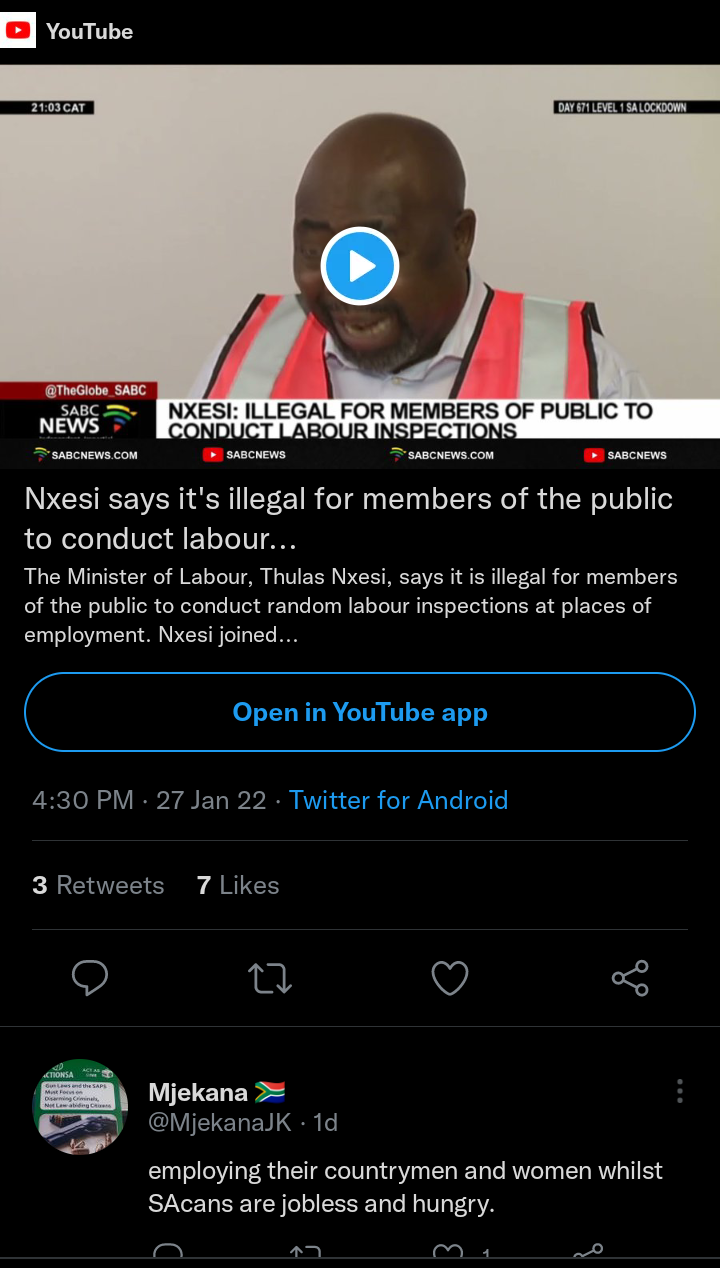