ANC and EFF on a war zone: EFF Campaigning posters got removed INTENTIONALLY

By HotNews (self media writer) | 6 days ago 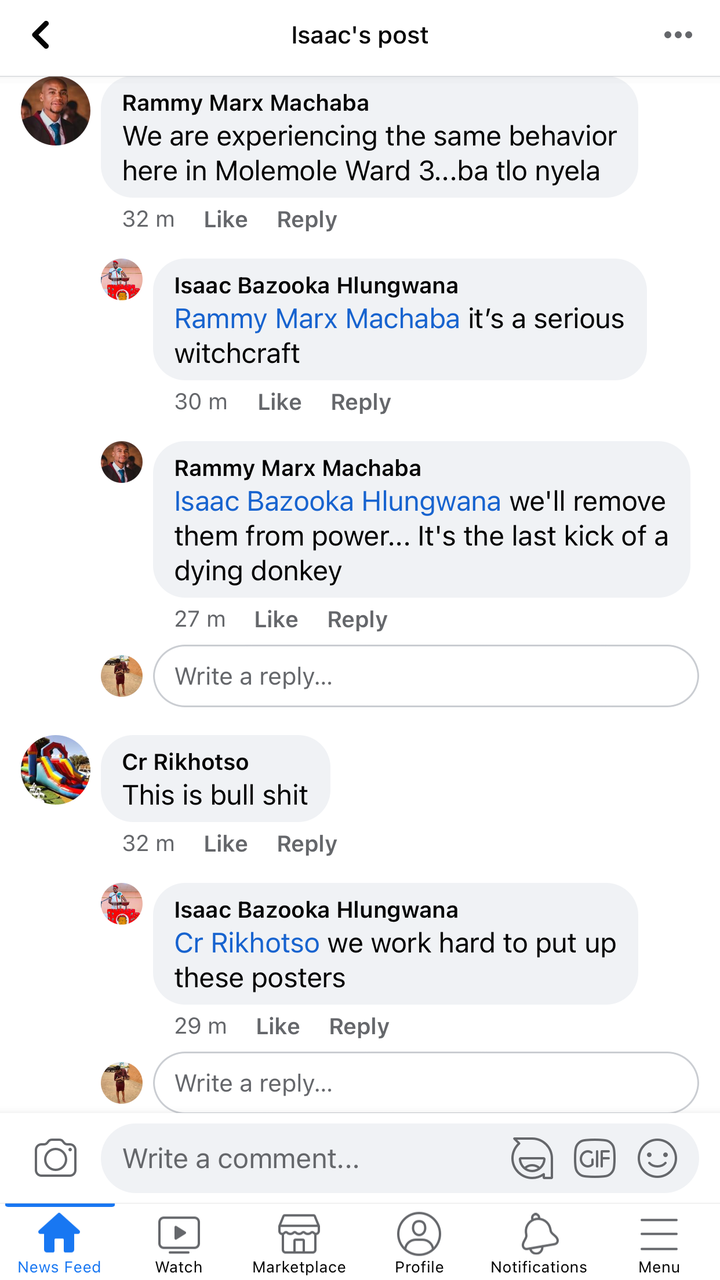 The fight between EFF and ANC still continue. I can clearly say that this this fight will be the same as that time when Jacob Zuma was arrested. People started looting saying that they want ZUMA to be released from jail. A report about the EFF posters that have been removed immediately after being placed in Bridge caused a stir on the internet. The EFF Mopani Regional Secretary Issacc Hlungwane has taken the stand to post the pictures of their campaigning posters to Facebook. According to him in the statement,he says he knows who is behind all this pointing out the ANC.

These pictures were taken at Mariveni Village in Tzaneen next to Nkowankowa. Isaac appealed to the community of Mariveni of their help asking of any information about who might have done this . He said the person will be rewarded but he never mentioned how or how much .

Another person made a comment to say that he is also experiencing the very same thing in his village . Immediately when the EFF team put posters , there are people who remove their posters. Issacc Hlungwane also mentioned that the ANC knows that hey don’t have money to fund their campaigns hence they now can see that EFF means business and feel like they are a threat .

Young people are warned to stay out of these kinds of fights. If It’s a fight between ANC and EFF, let Julius Malema and Cyril Ramaphosa fight on their own. Don’t get involved in matters that doesn’t concern you as you will even up loosing your life protecting someone who doesn’t even know you exist.