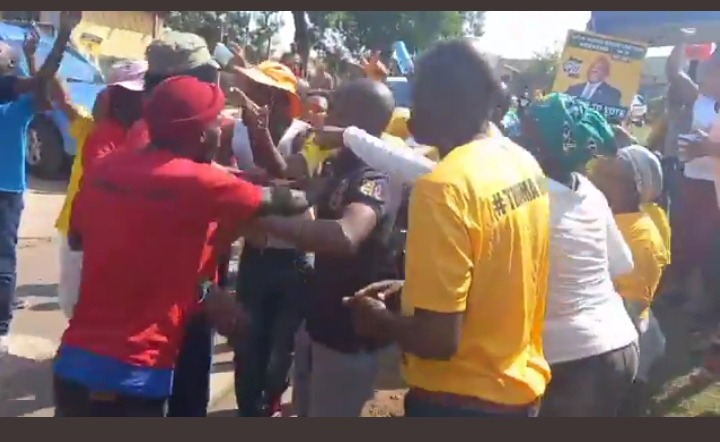 Rowdy ANC members blocked the EFF leader Julius Malema from accessing a voting station in Willowfontein in Pietermaritzburg as they stood at the gate and kept on singing, while Malema was hold up in his car.

The tense stand-off between ANC and EFF members also got intense as they were pushing each other, while the gates of the voting station at Willowfontein in Pietermaritzburg were still locked. 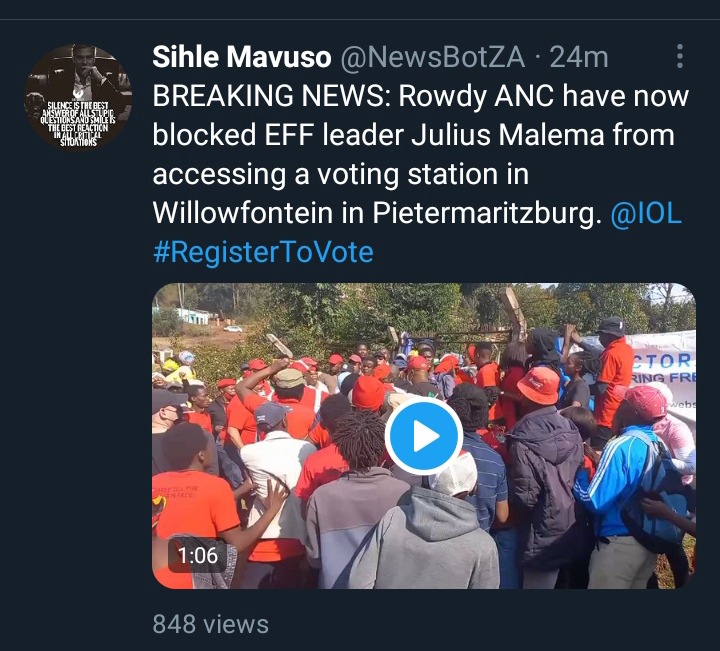 ANC members had vowed that EFF leader Julius Malema will not access it. What has just been witnessed in KwaZulu-Natal is an epitome of what election time is marred with.

Malema who reacted to this occurrence said he will take the matter to the Independent Electoral Court citing that the election cannot be free and fair if a registered political party is not allowed inside the voting station.

He said he also blame ANC leaders for condoning such barbaric behaviour from it's members. 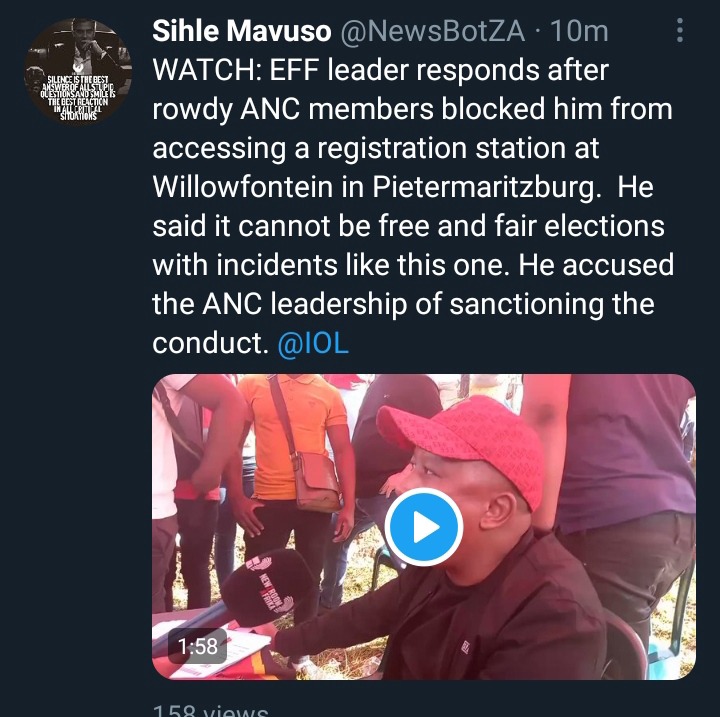 Although several campaigning events includes music and dance, free food and also free t-shirts as political parties will be trying their best to appeal sincere to voters, there are also incidents in which fist fighting, pushing and the use of unpleasant words among members are experienced.

Some members attend these election campaigns already prepared to confront and fight with those who don't subscribe to their notions.

Prior to this incident where the red berets leader Julius Malema was being blocked from entering the voting station, Economic Freedom Fighters had exchanged blows with members of the African National Congress.

The incident occurred briefly and starred ANC and EFF members who exchanged blows after the arrival of the red berets leader, Julius Malema at a voting station in KwaDambuza in Pietermaritzburg.

In the early hours of the day, it's alleged that there were already signs that there will be tensions as there was constant use of unpleasant and inflammatory language among members of the two political parties.

The red berets who were cleared outnumbered by ANC members on the scene where they exchanged blows could be seen retreating, while the ANC members kept on shouting and indicating that they must leave. 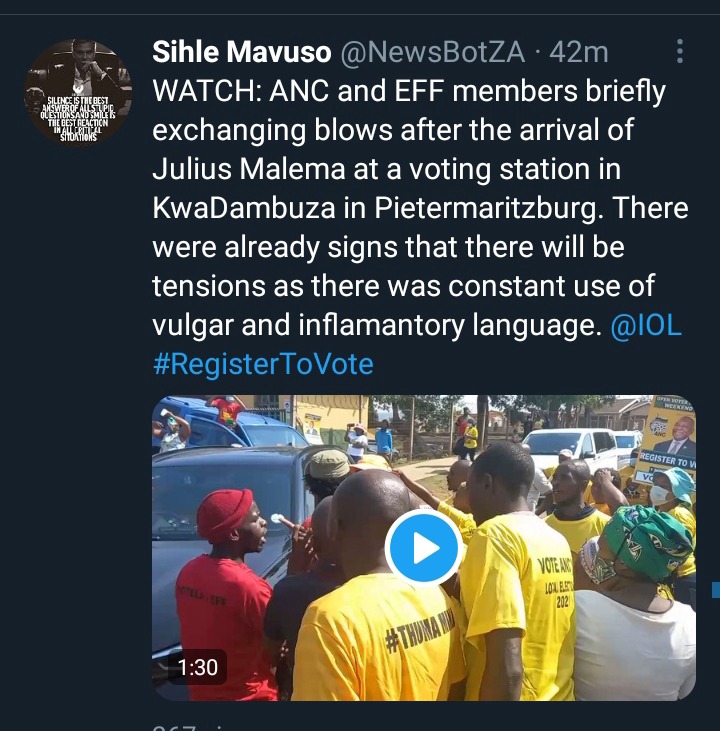