EFF founder, Julius Malema today attacked President Cyril Ramaphosa and the DA during his last stop in the campaign in the Western Cape, saying they were controlled by a rich family. He said that they are not serious people as it stands now.

During an engagement with the Kraaifontein community, Malema told them to think for themselves. Malema have been going around campaigning massively for his political party, the Economic Freedom Fighters, and have often boasted that they have won already, and they are only waiting for the physical confirmation of the results. Julius Malema further insisted that it is only the Economic Freedom Fighters that have the antidote to South Africans problems, the only party that is committed to the economic freedom and liberation of South Africans. A popular media group reported that," Julius Malema takes a swipe at Cyril Ramaphosa and DA while on election campaign trail”. 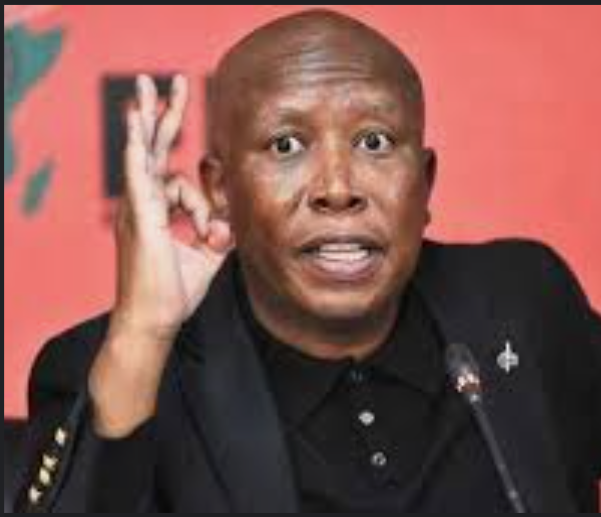 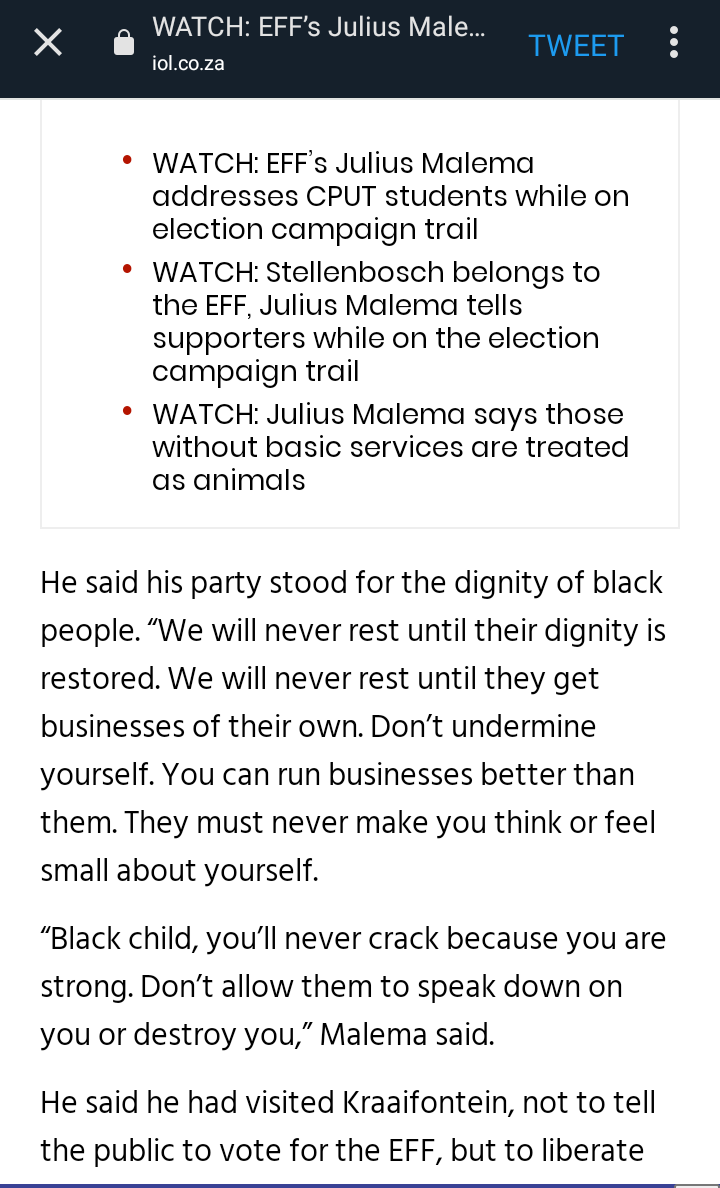 Julius Malema was very hard on president Cyril Ramaphosa while addressing his listeners. The EFF founder and leader declared that the president, Cyril Ramaphosa was not himself because he was controlled by the Oppenheimer family.

Malema took a jab at the DA for also allegedly being in Oppenheimer’s control. He also said white privilege was alive and needed to be dealt with. Julius Malema who is fond of attacking the white people recently have his Wikipedia page updated to include anti-white and black supremacist politician. This is very evident in some of the speeches he had made during this campaign for the upcoming local government elections. Malema said his defence is for the black people and that he will always stand for them and defend them if need be. He said, “Black child, you’ll never crack because you are strong. Don’t allow them to speak down on you or destroy you”. The political tension among political parties is getting tense. 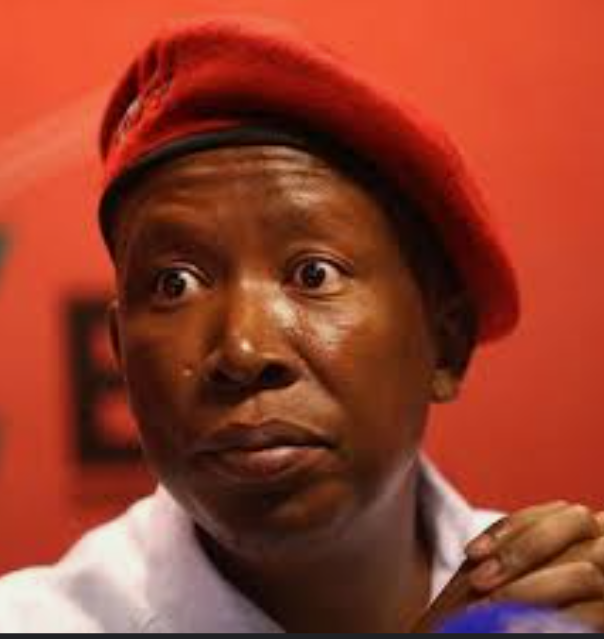 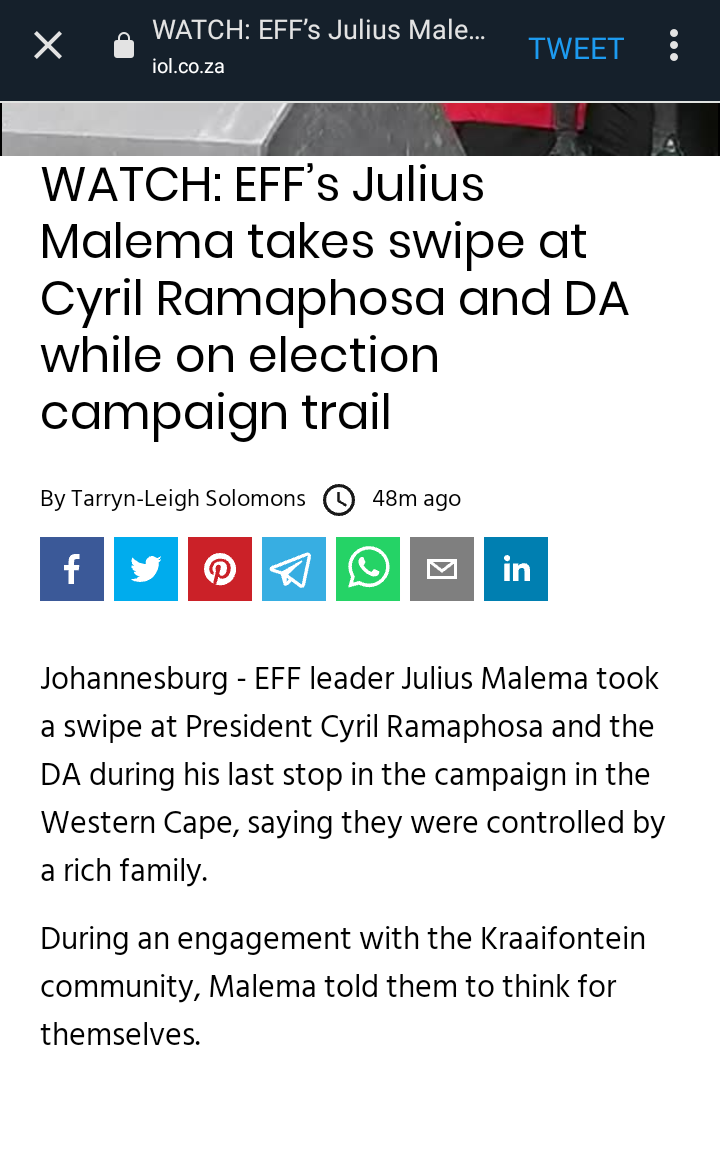 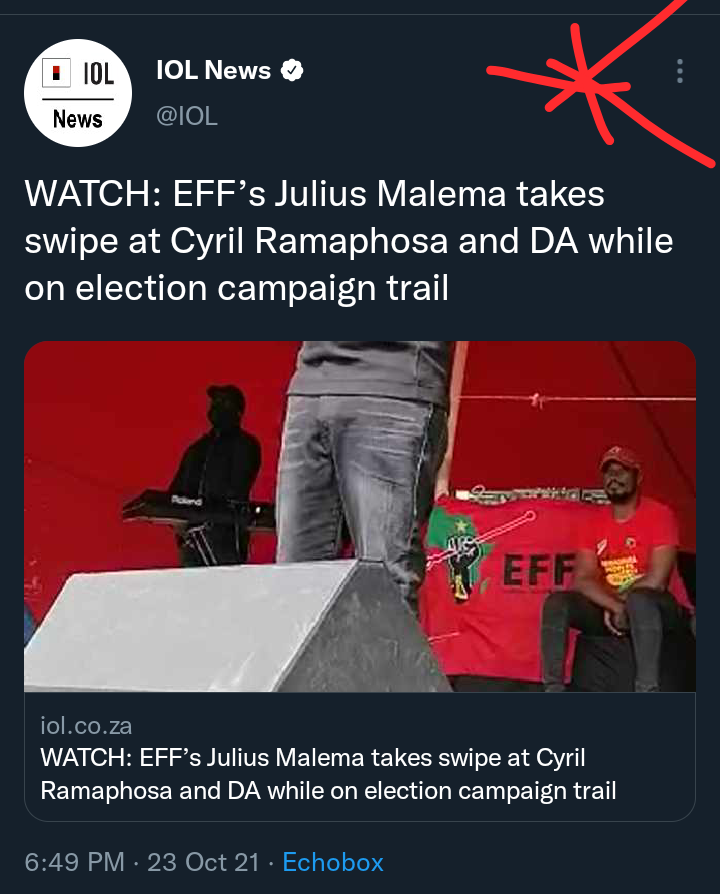 Furthermore, many are not doing campaigns of manifestos, but they are busy doing what some Twitter users call “character assassination” of their opponents. Nevertheless, Malema began his campaign on Thursday and visited different parts of the province before the last week ahead of the elections. He is rumoured to have covered more municipalities than the ones Cyril Ramaphosa and John Steenhuisen covered combined. This is really a daunting task.

A notification that was released by Eskom on Sunday