Taxpayers will have to foot the bill for the repairs of the parliament after fire broke out at the precinct last weekend.

Public works acting director-general Imtiaz Fazel broke the news to the parliamentary chiefs and leaders of political parties as Cape Town firefighters ended their three day battle to save the complex buildings in the city centre.

To rebuild the parliament, the public works department will need to make an application through the annual budgeting process, but the director-general said he could not yet estimate the money needed.

Jack van der Lecq, the architect who designed the national assembly building in the 80s, and supervised its construction said that the repair bill was likely to run into hundreds of millions and as much as R1-billion, depending on the extent of the damage caused.

Insiders said the public works department and parliament might have to find the money from their baseline allocations, or finance minister Enoch Godongwana could announce a special allocation in his budget next month on the annual budget speech.

A report on the fires published this week found several cases of negligence could have contributed to the spreading of the fire, including the following:

1. The water sprinklers in the old house assembly building and the national assembly wing were closed and should have undergone maintenance in February 2020.

2. The fire detection system appeared to have been faulty, as firefighting services were already on the scene when the alarms sounded.

3. The security cameras in the parliamentary complex were not monitored between 02h00 and 06h00 on the morning of the fire.

During his visit to the scene after the fire broke, president Cyril Ramaphosa described the fire incident as a terrible setback for South Africa. 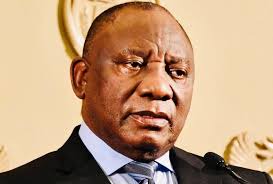