Illegal foreigners in this country have a limited time as South Africans are continuing to ensure that all immigration laws are followed in the country. We have seen that ever since Operation Dudula was formed, foreigners in the country have not been comfortable as they have even formed other movements that will destroy Operation Dudula, and every time they are failing. The movement is growing stronger and stronger by the day. Operation Dudula is a movement by the people for the people of South Africa. The people are fighting for their country as they see that it is now infiltrated by foreigners and the country is slowly becoming unrecognizable. 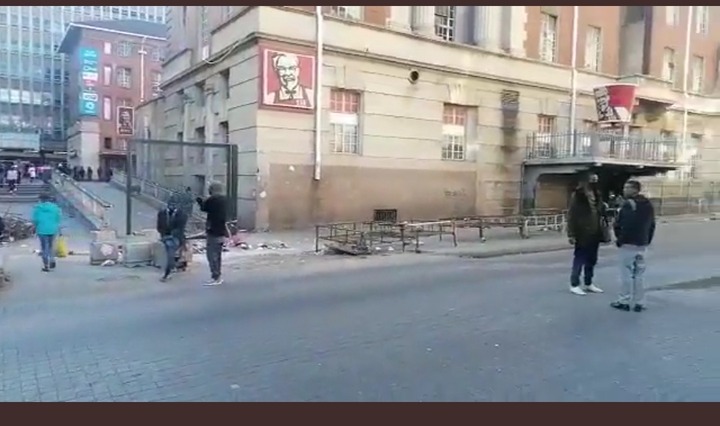 Now Operation Dudula has just visited Park Station as they say that most of the vendors there are foreigners and this should not be the case. Operation Dudula is going everywhere and even government entities are not spared either. The place now looks very clean and this is the way things should be in a country like South Africa. These people just want to destroy this country like they have done the same where they come from and South Africans should not allow that at all.

We know that the Helen Suzman Foundation is now taking the minister of home affairs to court because of the nonrenewal of the Zim Work Permits, but South Africans are ready for them. South Africans refuse to be dictated by foreigners on how they should run their affairs. If this matter is not dealt with accordingly, foreigners are going to rule this country and South Africans will be at their mercy.