By LeahWrites (self media writer) | 12 days ago

It is set to be a very difficult week for former water and sanitation minister Lindiwe Sisulu whose name popped up on the front page of Eastern Cape's biggest newspaper The Dispatch.

Sisulu is alleged to have intervened to persuade the Amatola Water Board to reinstate controversial unionist Victor Phumzile Totolo.

The Dispatch reported on Friday that new water minister Senzo Mchunu was on a collision course with the SA Municipal Workers Union (Samwu) over his directive that Totolo's appointment be investigated. 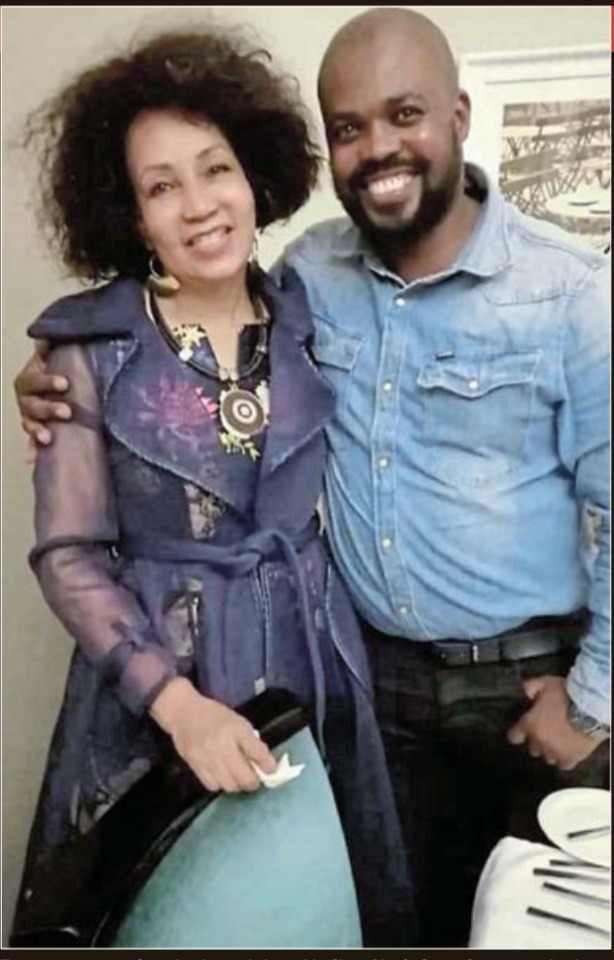 A senior official at Amatola Water, who asked not to be named, told Saturday Dispatch that the reinstatement of Totolo was questionable and that there was too much political interference in the matter.

Why would the minister intervene in the administrative matters involving a junior staff member of Amatola?

"We were shocked when she [Sisulu] made that decision and unfortunately we had to toe the line or else. No one would risk getting fired and that's what would have happened had we not implemented that resolution.

"The man was dismissed for misconduct and lost his appeal at the CCMA. He was supposed to have gone to the Labour Court but, for some reason, the minister intervened. 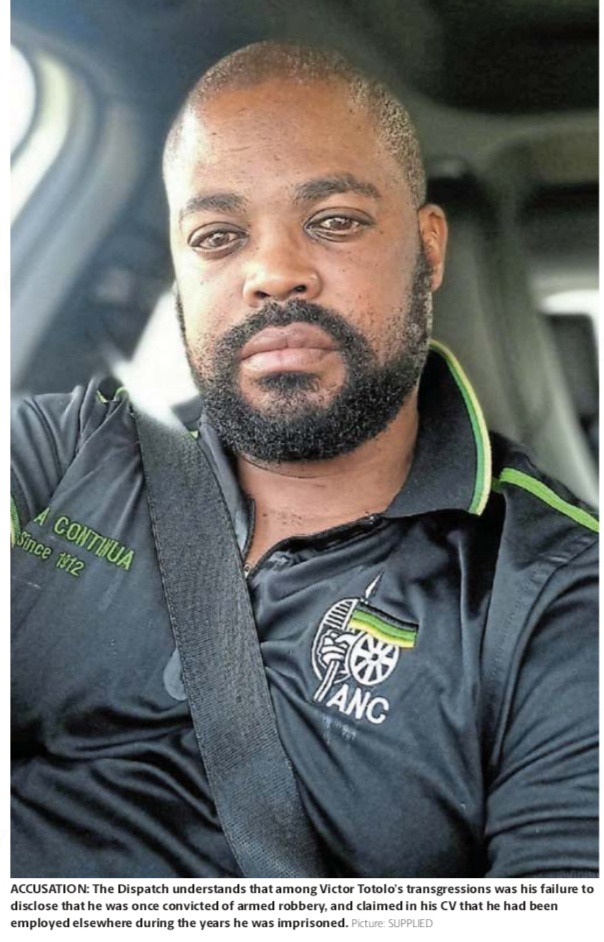 "It was after a very short investigation that the minister ruled that he should be reinstated. The working environment was extremely toxic at Amatola during Sisulu's tenure and noone knew when they will be suspended or fired," the official said.

Sisulu now serves as tourism minister in President Cyril Ramaphosa's cabinet. Her spokesperson, Mphumzi Zuzile, denied that his boss had anything to do with the reinstatement of Totolo at Amatola.

He said Ssulu never interfered in adminístrative issues such as the appointment of employees. 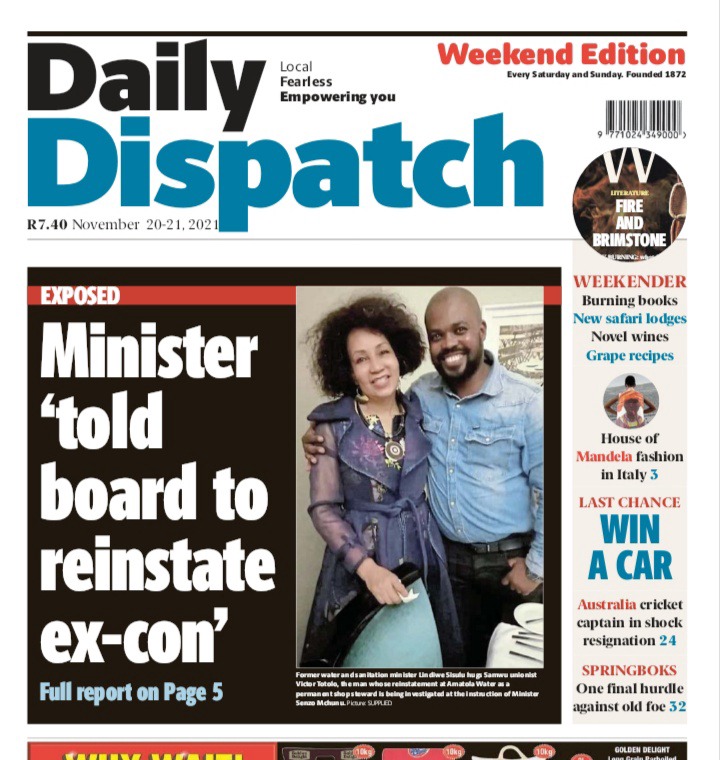 "When there was a union strike at Amatola, the then CEO Vuyo Zitumane requested the minister's intervention. The minister then sent her Chief of staff and two advisers, who then reported back to her. The board, through the CEO (Zitumane) decided to reinstate Totolo. If there was such instruction then that should have been in writing." Zuzile said. 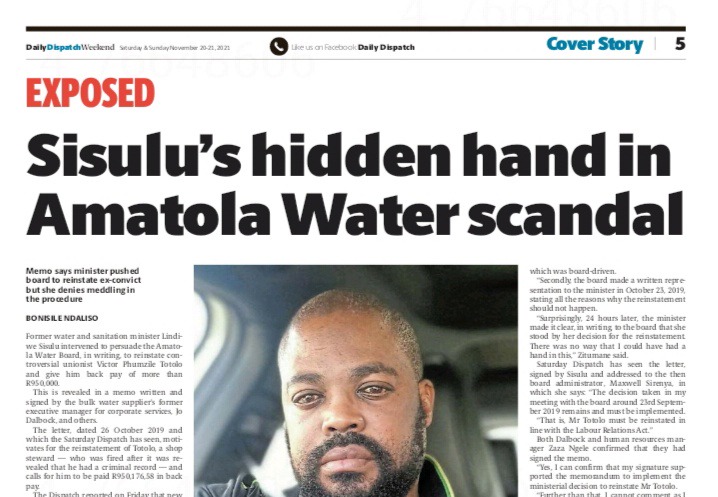 “Games like playing against Orlando Pirates are the easiest.” Baroka Star sends a warning.

A Terrible Accident Has Just Occurred In Dobsonville.

Miracle Drink, No Pain In 1 Week and No Joints, legs and Back, Neck Pain.