By AfricanTimes (self media writer) | 27 days ago

Zanu Pf is panicking over the "Ngaapinde hake mukomana" mantra.This slogan or mantra was started by a member of the Zimbabwe National Army. The soldiers who have been receiving preferential treatment under Mugabe are now struggling under the rule of Mnangagwa.

The Nelson Chamisa faction began to push the mantra forward by printing t-shirts. The " Ngaapinde hake mukomana" slogan when translated into English it means "let the young man enter". This is a slogan that is referring to Nelson Chamisa. The majority of Zimbabweans wants Nelson Chamisa to take over as president of the republic of zimbabwe. 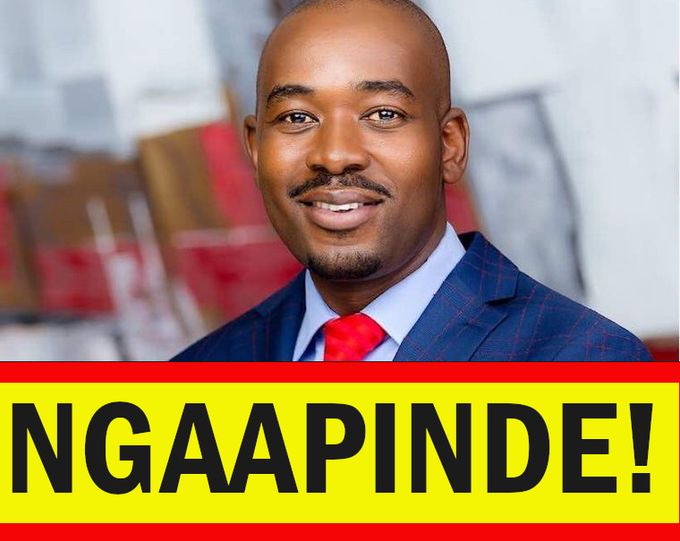 The government has failed the people. Mnangagwa has been in power for a long time since Zimbabwe got its independence. Since Zanu PF took over from its colonialists the country's economy has been falling into shambles. The government still using the infrastructures from the colonial era and not much development has been done. Zanu PF is now out with guns blazing against Nelson Chamisa a man whom they claim has no party or vision. Zanu PF has taken away the MDC party and money from Nelson Chamisa using Douglas Mwonzora their puppet. 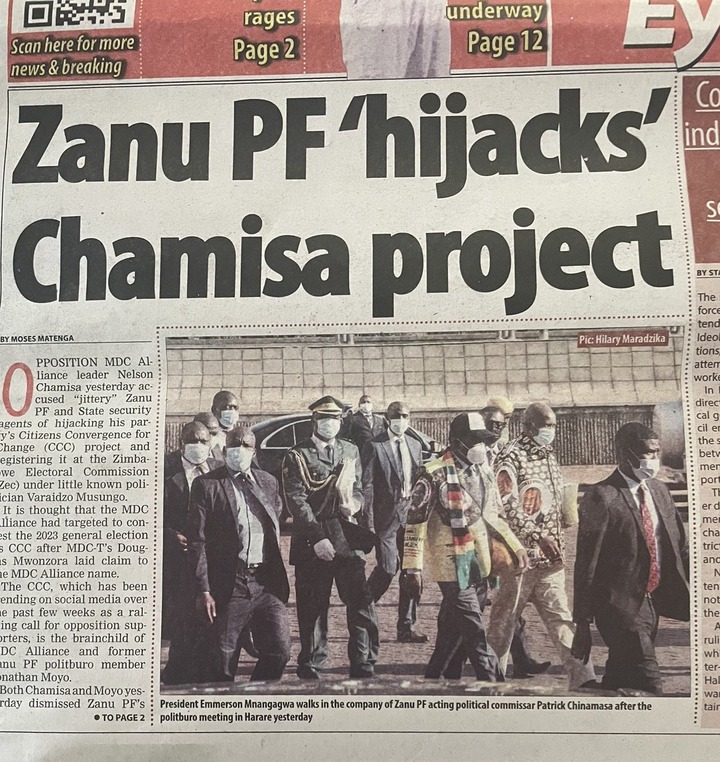 What Emmerson Mnangagwa has failed to take away from Chamisa is the people's support. Nick Mangwana and George Charamba who is using the account name Jamwanda on Twitter are trying to discredit Chamisa but they are failing to do so as the nation is behind Chamisa. Zanu PF knows that its time is running out and they are living on borrowed time. They have recently registered a party with a name that Nelson Chamisa has been constantly using. The Citizens Convergence for Change name was recently claimed by Varaidzo Musungo as her party name. 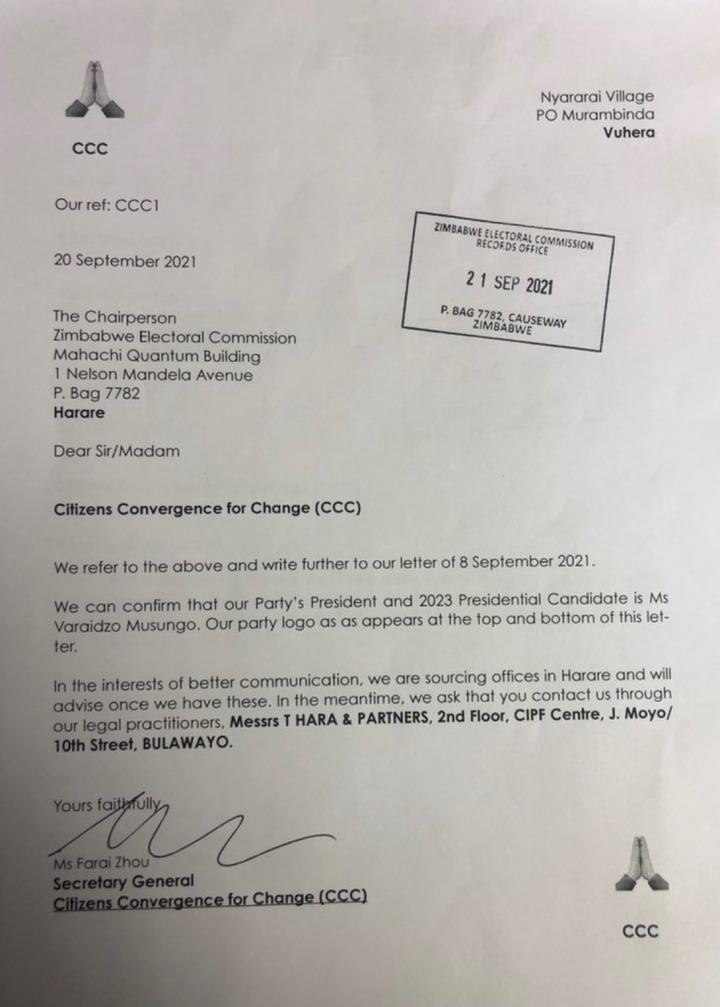 However, Professor Jonathan Moyo has this to say on Twitter,

"It's amazing how charlatans are taking a notification letter to the Zimbabwe Electoral Commission, from a ghost in Emmerson Mnangagwa's office`s, as a registration certificate and taking ZEC as a Registrar of Political parties, when it's not and when no law requires political parties in Zimbabwe to register."

However, Zanu Pf has created its own mantra Zimbabwe inovakwa nevene vayo which means in English "Zimbabwe is built by its own people".The truth of the matter is Zanu PF is losing it and they know that Nelson Chamisa is the real deal. The hope for a better future and a better Zimbabwe lies with Nelson Chamisa whether we like it or not. Emmerson Mnangagwa knows the people did not vote for him and became President because of a court ruling. The coming 2023 election will show if Mnangagwa was indeed voted for by the people. 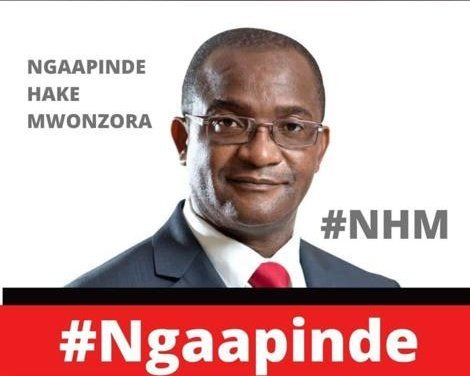 Let's go and register to vote if we want real change in Zimbabwe. Don't forget to comment and follow the page.