By Newz_Point (self media writer) | 1 year ago 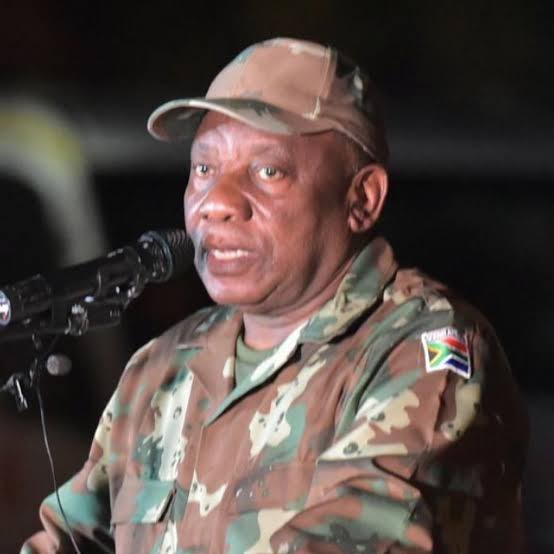 Ramaphosa, as commander-in-chief of the SANDF, welcomed five new members to the MCC during an official statement on Wednesday evening, 14 April, as several members retire or are on their way out.

According to Ramaphosa, this is the "most significant change in command of the armed forces in several years." Lieutenant-General Rudzani Maphwanya has been appointed as the new SANDF chief, and he will be promoted to general when he begins in his new role on 1 June 2021.

There was also the matter of senior ANC members taking a flight to Zimbabwe on an airforce jet with Defence Minister Nosiviwe Mapisa-Nqakula last year. The minister's salary was docked for three months, and the ruling party was fined R105 000 for misusing state resources.

The fact that the defence and military veterans' portfolio committee is investigating alleged irregularities in the SANDF's more than R200-million expenditure on Cuban medicine in 2020, which was originally intended to combat Covid-19, is also tarnishing the defense force's image.