By KevinGary (self media writer) | 9 months ago 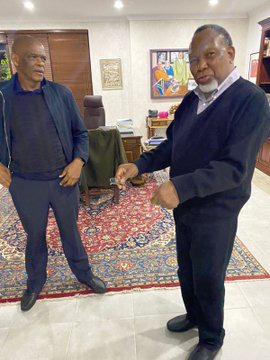 The African National Congress National Executive Committee member Derek Hanekom has "attacked" the secretary-general of the party for saying that Kgalema Motlanthe is a former Deputy President. 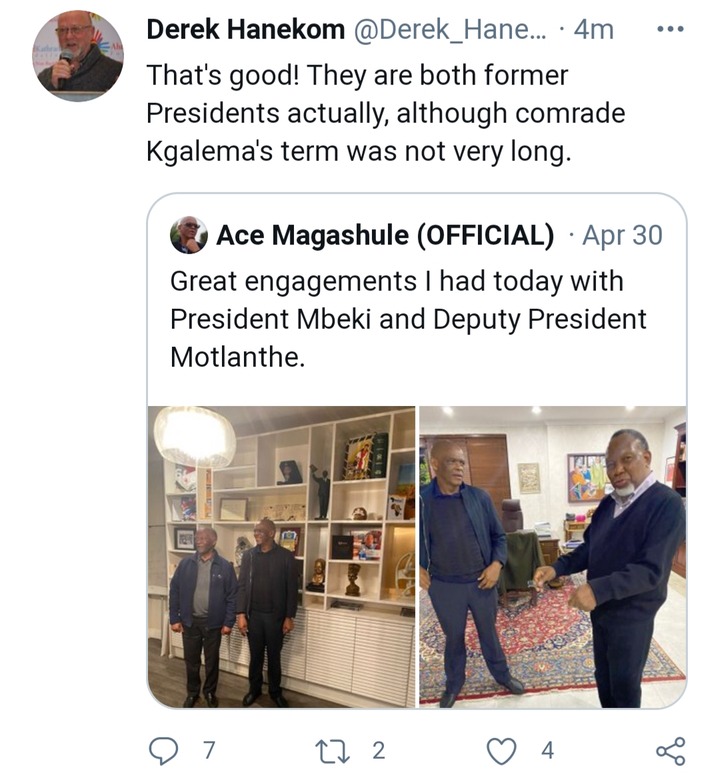 Ace Magashule on his Twitter account wrote: "Great engagements I had today with President Mbeki and Deputy President Motlanthe." 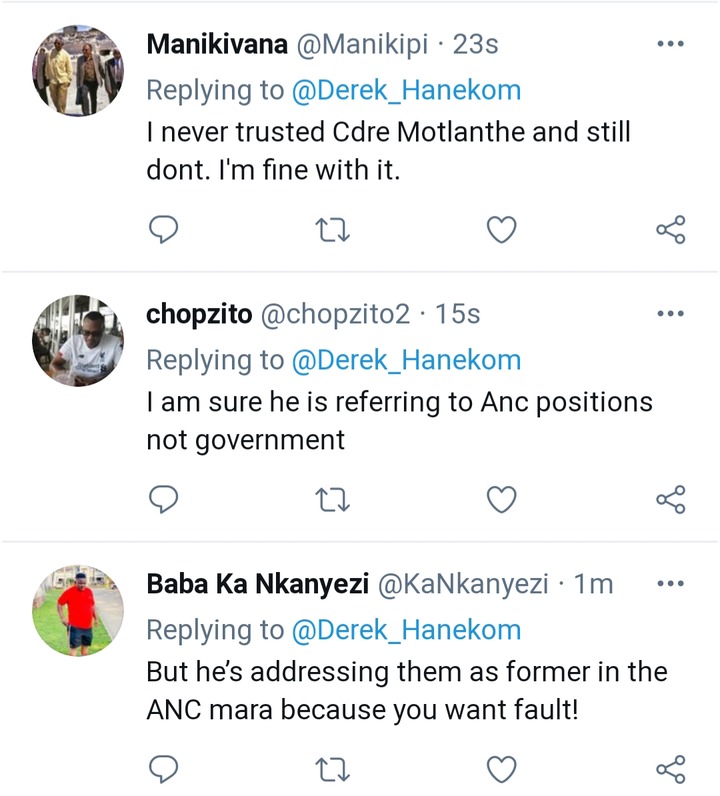 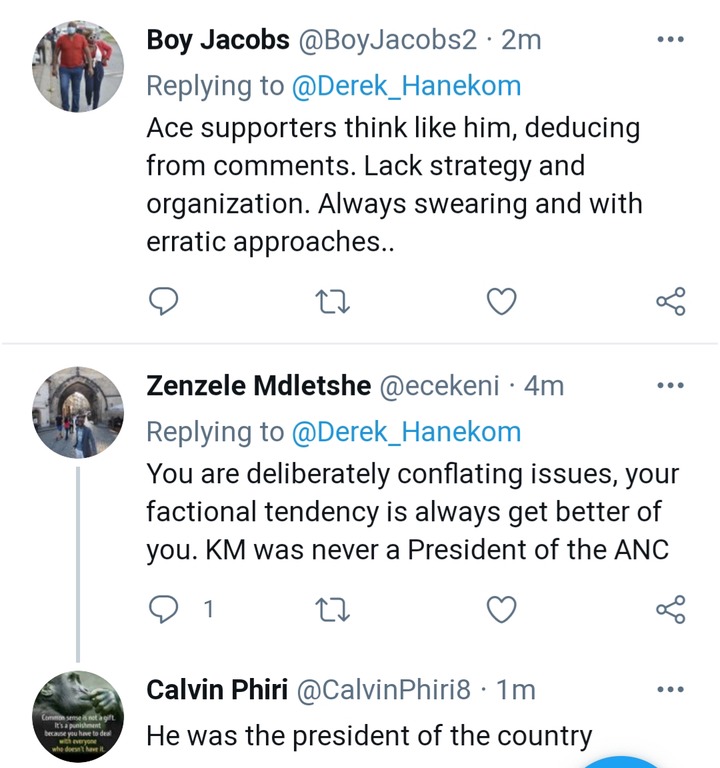 Derek Hanekom said: "That's good! They are both former Presidents actually, although comrade Kgalema's term was not very long."