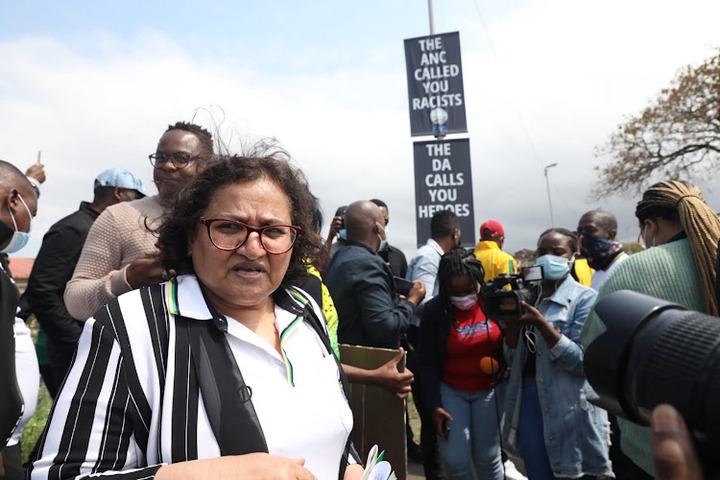 Strain is stewing in South Africa's decision African National Congress (ANC) in front of the impending neighborhood government races following the homicide of a councilor in Durban on Friday.

Siyabonga Mkhize, a Ward 101 competitor in eThekwini Municipality, KwaZulu-Natal (KZN) was gunned down along with another unidentified man while leading house to house crusades as the November 1 vote moves closer.

"Two individuals were shot and killed while inside a vehicle at Cato Crest during a house to house crusade," affirmed KZN police representative Colonel Thembeka Mbele.

"The perished are matured 40 and 46; the two of them passed on at the scene and the two who were with them were hurried to the clinic with gunfire wounds for clinical consideration. The rationale of the killing is obscure."

"Indeed, we can affirm ANC up-and-comer friend Siyabonga Mkhize has been shot dead," he said.

The most recent episode comes not exactly seven days after a high-positioning ANC official in Mpumalanga area was captured and showed up before a Nelspruit judge for supposedly killing two ANC individuals in August.

Mandla Msibi hosts since been sacked as the get-together's common individual from the leader advisory group for farming. He was denied abandon Friday.

His political adversary Lifa Nkosi from Barberton let Nation.Africa know that the shots that killed the two men were planned for him.

He said a couple of seconds before their shooting, he had been told to pull out his nomination, and changing vehicles while heading to the police headquarters to report terrorizing and passing dangers saved his life.

"I have been laying down with one eye open since the shooting," Mr Nkosi said.

"I was the objective of that firing and the shooters thought I was in that vehicle which was taken shots at, killing my associates simultaneously. I changed vehicles after I was compromised."

One more ANC councilor, Tshepo Motaung, was shot in Mabopane in Pretoria while driving home toward the finish of September.

He was planned to challenge to safeguard his seat yet was shot multiple times in what was accepted to be a politically persuaded death.

Be that as it may, it is KZN where political killings, credited to ANC factional fights, have been recorded more.

On September 10, three ladies were gunned down in Inanda municipality of Durban during an ANC branch meeting at Buhlebethu Primary School.

Five were injured when shooters started shooting at a gathering of individuals at the gathering.

Some political race hopefuls in KZN have been pulling out their application because of terrorizing while others say they are living in dread.

Recently, an ANC councilor from Umlazi, Meltah Zuma affirms her male opponent Bheki Mngwengwe compromised her with death and has since opened a police case.